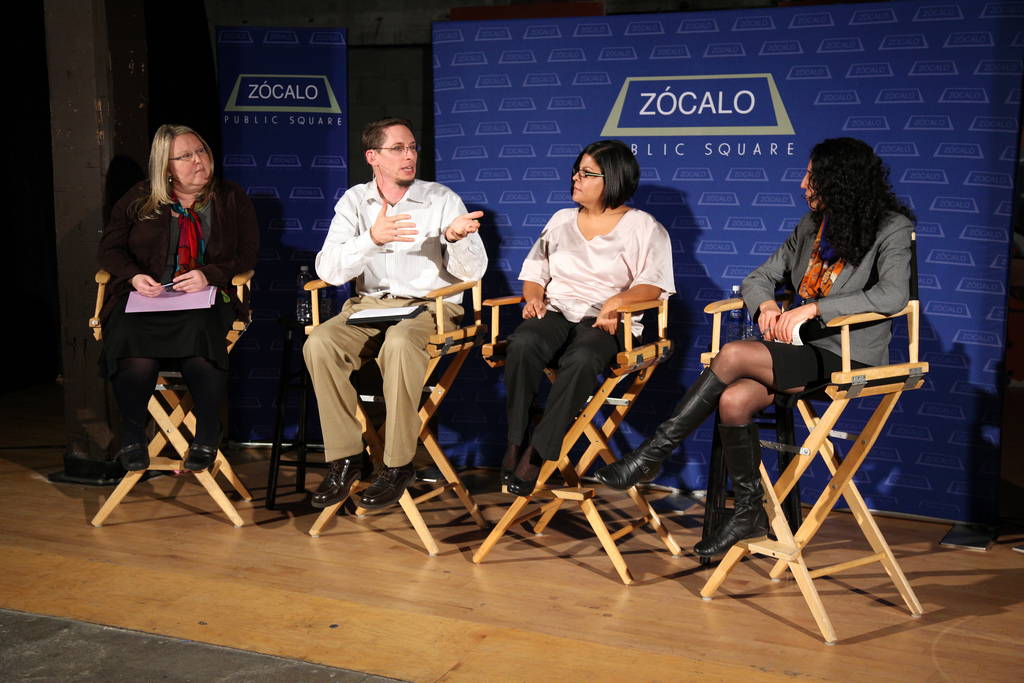 In the past two decades, teenage birth rates in California have dropped by half – to a record low of 35.2 births per 1,000 teens, aged 15 to 19, said Emily Bazar, a senior writer for The California HealthCare Foundation’s Center for Health Reporting at USC.

Without the decline, she said to the full house at downtown L.A.’s Artshare, “There would have been an additional 52,685 babies born in 2009 in California.”

National rates are declining as well, but more slowly, Bazar noted. She joined sociologist Mark Regnerus, Valley Community Clinic’s Connie Kruzan, and the Center for Research on Adolescent Health and Development’s Francisca Angulo-Olaiz, to figure out what California’s doing right, what role sex education plays, and whether the real reason for the decline is the country’s transforming attitudes about motherhood and family. 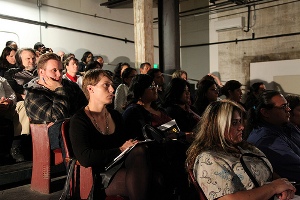 From Marin County – with the lowest teen birth rate – to Kern County, with the highest, teenage mothers are a narrowing population in California. The rate is declining among Latina teens as well, who accounted for three-quarters of the births to teen moms in California in 2008, Bazar said.

Angulo-Olaiz pointed to California’s commitment to investing in sexuality education. The state was one of the few who refused to take abstinence-only sex education funding in the last 10 years, leaving California free to try different types of programs.

Kruzan agreed, noting that since 1992, California has seen bipartisan support of teenage pregnancy prevention programs. Federal, state, and private foundation money “has really supported creative programs,” she said. Kruzan cited in particular Family Pact, which can give a teen on-the-spot services and coverage for all aspects of reproductive health. The state has also committed to medically accurate sex education programs. “That was instrumental in California’s not going for federal abstinence-only money. We knew it was a waste of time,” she said. Kruzan added that media campaigns by the state, particularly those targeting adults, helped. “They weren’t targeting just teens – they had a poster that came out that said ‘Teen pregnancy is an adult problem,’” she said. “It was in everybody’s faces. It created a dialogue and it became part of the landscape.”

Regnerus pointed to broader national trends as helping explain California’s shift, particularly an uptake in contraception usage and a shift in attitudes toward sex. He noted that Latina teens aren’t necessarily delaying sex or having more abortions. “The pill has been around for 50 years…. [T]here has been a shift in the meaning of sex,” he said, “away from a family-oriented, procreation thing to a more recreational approach.”

Regnerus pointed out that the countries of Western Europe also have high contraception usage, and that the U.S., especially California, the Northeast, and the Northwest, are going in that direction. Americans are also regarding higher education as more important, with women making up the majority of college students.

As to why contraception use has gone up, Angulo-Olaiz pointed to access, particularly among minority and lower-income communities. Kruzan credited marketing, noting in Q&A that teens always come in asking for the latest-advertised form of birth control. She added that teens need as many points of access to contraception as possible, particularly nearby and safe clinics. She noted that her Valley Community Clinic, while in a neutral area, can be a problem for some teens to reach because they have to cross particular gang lines. Her clinic also licenses teens as community health practitioners, which makes teen patients feel more welcome. “They’re more likely to listen to somebody their own age when they’re talking about sex than somebody who looks like me,” she said.

Culture, too, plays an important role, Angulo-Olaiz said, and sometimes can inhibit young women from accessing contraception. “What I’ve seen is a big issue around virginity, and what it means to be a virgin, and how they understand that in terms of their value as women,” she said. “If a young lady carries condoms in her purse in junior high or high school, and somebody else sees them, they’re seen as a slut.” Regnerus noted that this culture of sexuality is quite different in Europe, where in some countries the contraception usage among 15-year-olds approaches 50 percent. In the U.S., it’s around 11 percent, which is higher than it used to be. “We are becoming more like Europe, but sometimes, even what Europe does is shocking to us. We are more culturally conservative, even in California,” he said.

Regnerus, who hails from Texas, noted that his state has also seen a decline in teen pregnancies, even though it’s more culturally conservative. As one explanation for why rates aren’t dropping as fast in Texas, he pointed to simple economics. “Fast-forward to when somebody gets pregnant. What are they going to do? The costs of living in California is just heads and tails higher,” he said, noting that 40 percent of teen pregnancies in California end in abortion, compared to only 17 percent in Texas. Kruzan noted that at her clinic, teens who become pregnant generally don’t consider the economics, but their parents do. While clinics won’t perform abortions without the teens consent, she noted that more clinics in California offer it, and the state subsidizes it. 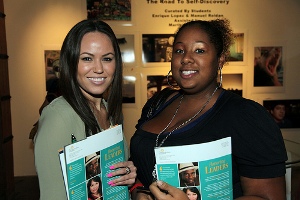 The macroeconomic picture plays a part as well, the panelists said. Kruzan said that since 1973 there have been many cuts to sex education programs. Term limits don’t make asking for funding easier, she said: “We have a new generation of teens constantly… you have that with the legislature too, because of term limits. You’re constantly reintroducing yourself.” Since the recession, she said, private foundations have also taken a big hit, and grant programs from the state have narrowed their focus. Angulo-Olaiz praised the involvement of private foundations and grassroots communities in the face of state-level budget cuts.

Kruzan also said that her clinic witnessed an uptick in teen pregnancy over the summer that could have been due to the economy – teens are out of jobs and the Los Angeles school district went off its year-round track system. “There were no jobs for teens this summer, and there was no summer school,” she said.

Men and going down to zero

The panelists didn’t leave men out of the conversation. Regnerus began by pointing out that “Women are the responsibility takers. That hasn’t changed a whole lot over time. As teen pregnancy rates diminish, to me, that shouts that more women are taking responsibility for contraception.”

Kruzan pointed out, however, that California has long funded a program to involve men in sex education, though it was defunded in 2008 because of the budget crisis. She noted that most of the teens who come into her clinic to ask for condoms are men, and many come in for STD testing, or with their girlfriends. “It’s gratifying when we see a couple come in who haven’t been sexually active yet,” she said. Angulo-Olaiz agreed that men she has worked with are interested in sex education. “They have so many questions about pregnancy, sometimes more than the young ladies do,” she said. The key, she emphasized, was to get young men and women interested in healthy sexuality, which can be hard to accomplish “when you have an outside organization coming into school and doing however many sessions in a math class.” 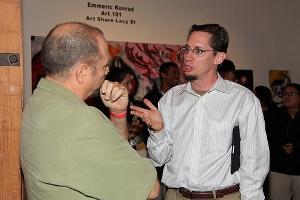 In response to an audience question, the panelists noted that adult men are indeed sometimes responsible for teen girls getting pregnant. “I tend to think teenage girls and young adult women tend to feel like they’re not in control of relationships,” Regnerus said. “There’s definite abuse of power.” Kruzan pointed out that in the 1990s, California did fund aggressive prosecution of statutory rape.

Beyond relationships, the panelists debated shifts in ideas about motherhood. As Regnerus put it, “This is all part of this master blob of values that are moving away from larger families to two or one or zero children, moving away from marriage slowly but surely.” He added that we may be doing too well at changing attitudes, and that declining fertility rates could be a problem in the U.S. He said in response to an audience question that the value of family, fatherhood, and motherhood is shifting, if not among Latino immigrants.

Angulo-Olaiz countered that, “even in American culture, a woman without a child is not always seen as of value. With Latinas, you get that on top of their own culture. Maybe it’s a double-whammy.” She also added that the country still has large immigrant communities that maintain a particular attitude toward families. “I don’t have a fear of our families not being important anymore,” she said. “I think it’ll be a long time before we go to zero.” 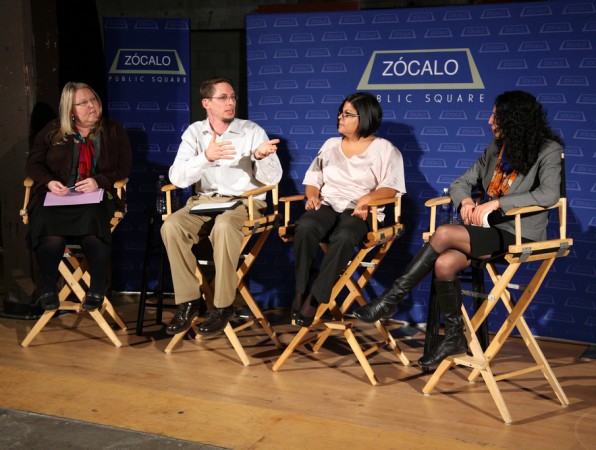