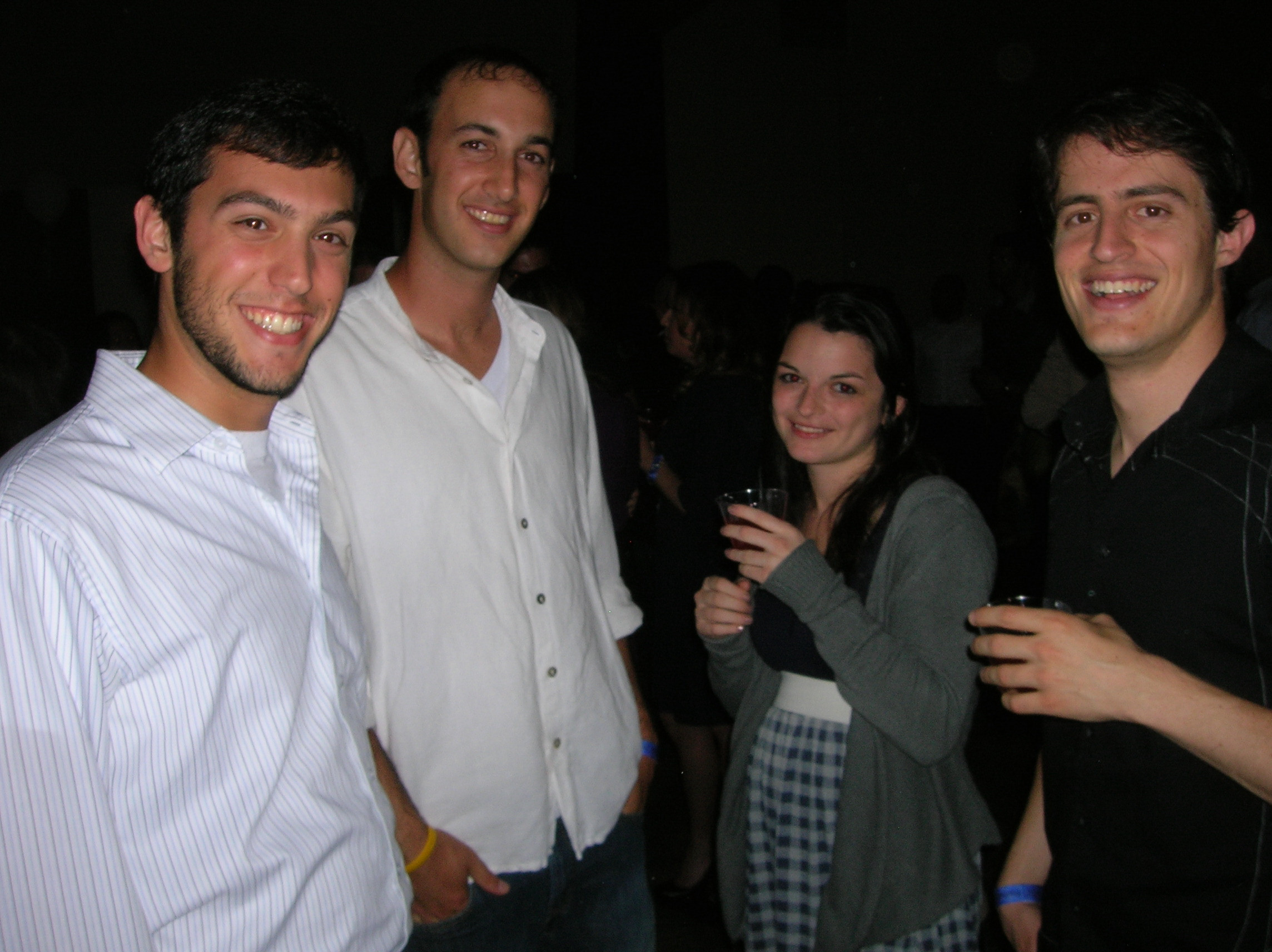 Whenever I mention Friday Night Live to young Jews in the LA area, someone will undoubtedly mutter something about a “meat market.” While the event at Westwood’s Sinai Temple is centered around a beautiful, lively Shabbat service attended by over 1,000 people, most people associate it with the Young Professionals Lounge that occurs afterward.

The lounge has a substantially different tone than the religious service itself. Walking in, you will see cellphones in hand despite the traditional Shabbos laws (it wouldn’t be a mixer if people couldn’t trade phone numbers!), free alcohol flowing into little plastic cups, and short skirts, high heels and tight-fitting button-downs in place of traditional Shabbos attire.

My own FNL journey began two years ago, when I moved across the country for graduate school. I knew no one outside of my program, and well-meaning aunts and older sisters advised me to attend “some Jewish event” with the hope that in expanding my social circle I might encounter the Jewish man of my dreams. While the event hasn’t proved an all-in-one answer to my prayers–though I’ve made a lot of friends, I’ve come to accept that I probably won’t meet my future husband–I look forward to the second Friday of each month as a break from my normal frame of mind. It’s a rare chance to see many friends and acquaintances all gathered in one place, listen to a musical service that genuinely inspires and, of course, partake in some free challah and booze.

Although the agenda for each Friday Night Live is essentially the same, the unique nuances of each service and party mean the overall experience is never predictable. As I spiral my way down the temple’s huge parking structure on the second Friday of each month, I feel like Alice heading down the rabbit’s hole, unsure of the experiences that await me or the characters I may meet in the lounge.

Perhaps it is the large and airy space or the inspiring music, but the sanctuary actually feels like a sanctuary, a place removed from the troubles of daily life. Rabbi David Wolpe–recently ranked the second most influential rabbi in America–manages to explore subjects like truth and beauty without sounding trite or abstract. Musician Craig Taubman leads the congregation in song, often traditional prayers set to catchy or poignant rhythms. He stands in the aisles, clapping his hands over his head and playing the guitar, until every able-bodied person is out of his or her seat, bellowing lyrics like “higher and higher.” His efforts create an atmosphere that feels distinct from the monotony and chaos of the preceding week, one of the central aims of the Sabbath.

After the service, the 20- and 30-somethings head to another room for the mixer. Everyone is carded upon entering the lounge–not to stop underage drinking, but to prevent middle-aged males from taking advantage of a room full of young single women. The party is often held in a middle school gymnasium, which seems fitting because the scene is reminiscent of the Friday night dances I attended in 7th grade. Here of course the crowd is much older, and most conversations take place with participants holding a drink in one hand and an iPhone in the other.

But unlike a true “meat market” atmosphere, where it’s ok to approach complete strangers to size up their suitability, most of the introductions at FNL happen through friends. I found a group after just a few visits, and we generally spend most of the mixer in a tightly-knit circle that seems to defeat the purpose of such an event: to meet someone of the opposite sex. This doesn’t mean that no eyeing takes place, but it happens covertly. When I told a friend I was unaware of being judged like a piece of meat, he replied, “You are, trust me. You’re just not aware of it.”

The lounge offers a special community service project or activity, which is often ignored –people are there to socialize, after all. Last month, a representative from Jewish World Watch provided detailed accounts of the brutal conflicts in Darfur and the Congo. A bit incongruously, this month’s event was Speed Networking–a generous euphemism for speed dating–which drew a much larger crowd. It was like normal speed dating (if such a thing can be normal), but no one seemed to take it too seriously. My first partner told me his name was Michael, and then hounded me about why I would believe such a preposterous notion given that he did not look like a Michael. (Apparently he thought his dark features and slight accent were more indicative of his actual Israeli name, Guy.) My second partner made me laugh and invited me to read a sample of his children’s book in-progress on his iPhone. As the evening wound down, the aspiring author became a bit tongue-tied. One of his married friends suggested he ask for my number, “so you can continue the conversation another time.” I thought he might die of embarrassment, but he followed the command.

The lounge closes at 10:30, and people start to consider after-party plans (this month, competing gatherings were taking place at the Hollywood and Westwood W Hotels). Some people muster up the courage to ask for a phone number or two. Friends share details on promising encounters and laugh over the mishaps.

An event like Friday Night live is only as good as the people who attend, and I wish more would take the risk. The aims are good: to draw a diverse group of people into a spiritual experience, to inspire connection between young people and religion, and perhaps to spark a love connection or two. While some might see the Shabbat service and after-party as somewhat contradictory, I disagree: the night is about making connections, first with God, then with each other. It’s heartening to see people I met for the first time two years ago become friends with people I only got to know recently. In a large, anonymous city, this kind of experience is virtually obsolete.

And if that special guy does appear in the crowd one day, that wouldn’t be so bad either.

Aviva Kasowski is a poet and freelance writer based in Los Angeles.