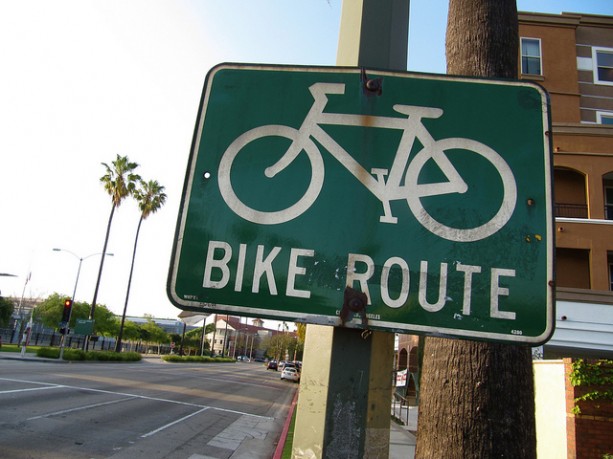 Five days out of every week I make the commute from Santa Fe Springs to downtown Los Angeles, 14 miles each way, on a bus.

After my car was impounded five months ago, I was intrigued by the prospect of riding the bus. I wanted to save money on gas and parking. I was proud of my reduced environmental footprint. And I was relishing my rogue status in a land of automotive dependency.

Then I rode on the bus for five months.

Five months of waiting for delayed buses. Five months of teeth-rattling starts and stops on crumbling roads. Five months of confounding trivia questions on the bus system’s TransitTV (my personal favorite: “Chores are a form of physical activity: true or false?”). After all of it, the novelty of the bus was gone. So were my ideals.

If given the choice, I would rather drive to work in a vehicle powered by incinerated bald eagles than step on another bus in Los Angeles.

But I learned there may be hope for me yet.

The Los Angeles City Council recently passed an anti-harassment ordinance that prohibits motorists from assaulting, threatening, or distracting bicyclists. When motorists do any of these things, bicyclists are to be awarded a minimum of $1,000. Damages are tripled if any are proven. Calling the new law ground-breaking would be an understatement. Los Angeles now has the most stringent legal protection for bicyclists anywhere in the country.

I’ve had two major problems with bicycle riding as a form of daily transportation. The first was the prolonged physical exertion. The second was the helplessness of sitting on a tiny aluminum frame on streets dominated by masses of fast-moving, heavy steel. This second fear has been fueled by the horror stories I hear from the bike couriers I talk to in the freight elevators I ride at work. The brake checks, swinging car doors, and homophobic jeers they talk about wouldn’t be good additions to my daily routine. But what if this new law could mitigate those threats?

It might. The law, with its vague language and large payouts for bicyclists, should give motorists second, and third, thoughts. A bicyclist who wins a legal challenge would win not only damages, but also legal fees. Winning drivers receive no such recompense for their fees. The law does little to define what constitutes improper behavior by a motorist, and bicyclists don’t have to prove any damages to win. So it’s not difficult to imagine charges filling the mailboxes of unsuspecting drivers, who will have little choice but to settle out of court.

To tell the truth, it’s that prospect that piqued my personal interest in bike riding more than anything. Crippling student loans and my frustrating inability to drive have created in me a vile jealousy of motorists that is downright shameful. I’d be embarrassed to relate the sinister thoughts that pop into my head every time I catch a glimpse of a passing BMW.

But the way I see it, this new law gives an unheard-of amount of leverage to the underclass of bike riders. David has traded in his sling for an automatic rifle, and that’s an ideal and mentality I could see adopting. So I hopped in the saddle of my uncle’s 24-speed and took to the road to see if having the law on my side gave me any sliver of confidence.

The route I took to work ran down Telegraph Road into East Los Angeles, followed Olympic through Boyle Heights, crossed into downtown on the 7th Street bridge, and ended after a quick jaunt through Skid Row.
But the majority of my trip was down Telegraph Road.

Telegraph, running alongside the heavily congested I-5 freeway, is the alternative rush-hour route for the foolishly impatient. Three lanes wide and bisected by intersections every quarter-mile or so, Telegraph feels less like a suburban thoroughfare and more like a long succession of drag strips. The 5 and its traffic flow are always in plain sight, and for drivers to receive any satisfaction for their alternate-route smarts, they have to gun the throttle in between stoplights to make up for the time lost sitting at red lights.

The road is backwards. Cars move more slowly in the crowded left lanes, pushing faster traffic to the far right, where I was riding. This kept my adrenaline pumping. I endured a couple shouts of “Get the fuck on the sidewalk!” (Sadly, I wasn’t able to catch up and prompt a threat by asking, “Or what?”) Otherwise, my commute was uneventful.

When one of my coworkers asked me if I felt like a “true cyclist” after I successfully biked down such busy streets and held my own, I told him I was too busy focusing on staying as close to the curb as possible to feel anything. And, really, that’s just the simple truth of road dynamics for bicyclists on a busy street. While I was taking painstaking care to stay in the street gutter the whole ride for fear of breaking my neck, most cars zooming past me didn’t think twice about coming within inches as they passed. That’s the level of comfort a steel frame provides.

I’d have to receive a hell of a lot more than three times my damages to feel the same level of comfort on a bike.

There’s been lots of talk lately of a cultural war between motorists and cyclists. This presumes that every cyclist carries an anarchistic bent, seeking to sabotage drivers by running red lights and veering too far to the left, and that every motorist sees red when their path is obstructed for a few fractions of a second.

It’s not like that on Telegraph Road. Cars and bikes are in a contest not because they are different, but because they share the same problem: neither has enough room to maneuver. What’s needed is more space, not more law.

Calvin Alvarez is an intern at Zócalo Public Square (and doesn’t really endorse the burning of bald eagles).