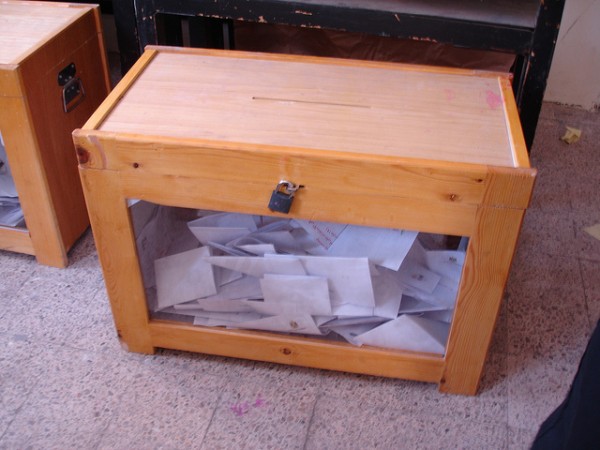 A century ago this month, voters approved Gov. Hiram Johnson’s plan to bring direct democracy to California. Today, some Californians wonder whether to be thankful for the effort. Ballot initiatives are blamed for sclerotic governance, starved budgets, and civic apathy. Would we better off without direct democracy? In advance of Can Direct Democracy Be Saved?, a Zócalo event, several seasoned observers of California politics offer their thoughts.

No–initiatives aren’t as bad as you think

Critics of California’s governance are legion. Many of them reserve special ire for the institution of direct democracy. Last April, The Economist went as far as to blame the initiative process for everything from the state’s budget woes to its failing schools and polarized public life.

But we should be skeptical of any all-purpose explanation, particularly one that rests on an institution that’s been around for 100 years and is common to many places, including about half of all U.S. states. The other half of U.S. states have no initiative process. Neither does the federal government. But they, too, are hardly immune to fiscal or political dysfunction.

My research on California cities and counties suggests that direct democracy deserves a place in state policymaking. At the local level, voters use the initiative to address practical and substantive policy concerns–such as urban growth boundaries and redistricting–that elected officials might otherwise neglect.

Local initiatives are also used sparingly. Between 1990 and 2000, the average city had just one initiative petition circulated for signatures, and the average county had three. Even among more frequent users (like San Francisco), there is no evidence of “ballot fatigue” or participation dropping with the number of measures to decide. In fact, elections with initiatives draw higher turnout.

There is also little evidence of a local “initiative industrial complex.” When I separated pro-growth from anti-growth measures (a rough proxy for funding levels), I did not detect any difference in passage rates or likelihood of becoming law. At least at the local level, shoe leather seems to beat money in politics.

All of this may reflect a more collaborative approach toward local governance generally. For example, local initiative backers often drop their petitions when legislators take up the issue. The state once had a similar indirect initiative but repealed it. As reformers contemplate improvements to California’s direct democracy, they should think locally.

Tracy Gordon is a Brookings Institution fellow in the economic studies program.

The initiative process in California needs a lot of improvement, but we must keep in mind that Californians, from all political persuasions, do not want to repeal the process. So we need to make recommendations that improve it and make it more responsive in the 21st Century. The 100-year anniversary of Hiram Johnson’s plan needs to be used as a way to strengthen the process so that Californians will continue to accept it as the fourth branch of government.

First, we need to change the way initiatives qualify for the ballot. If a person or group has $2 million, they are guaranteed to qualify their initiative (although their initiative may not pass, since only one-third are approved by the voters).

Shouldn’t grass roots organizations without money have a chance to put their ideas on the ballot? Not under our current system.

One reform would be to allow more time to gather signatures. Currently, proponents are only given 150 days, one of the shortest time periods in the nation. The circulation period should be at least one year. This would allow grassroots organizations to qualify their measures for the ballot.

The ballot pamphlet should be enhanced so that voters are given a full page of both supporters and opponents. Voters look for “cues” on how to vote. Giving them more names of those who support or oppose the measure will increase their confidence in their vote.

Proponents should be allowed to withdraw their initiative at any time up to when the ballot pamphlet is printed. Now, once they turn in sufficient signatures they are on the ballot even if the legislature passes an identical measure.

Our initiative process in California needs improvement, but we should be glad we have it.

Robert M. Stern is president of the Center for Governmental Studies.

No–but make a lot of fixes

When the initiative was created in 1911, money played a much smaller role in politics, and the state was much less populous (the size of Assembly districts was about 32,000, compared to over 450,000 in 2011). Money and huge districts cause many voters to regard themselves as poorly represented. This makes them more willing take risks on imperfect initiatives, giving special interests an opening to push through counterproductive measures that benefit narrow interests and cause budgetary inflexibility.

1. Pay as You Go. To impose fiscal discipline, all initiatives that cut revenues or increase expenditures by more than $50 million, as verified by the Legislative Analyst, must include other tax increases and spending cuts that make the proposal budget neutral.

2. Sunset without Supermajority. All initiatives that receive majority approval but less than 2/3 of the vote must be reauthorized after ten years. A one-time bare majority of voters should not be able to create new programs, rights and government institutions that are difficult to alter by future majorities.

3. Easier Legislative Amendment. The state government should be able to qualify for the ballot amendments to past or proposed initiatives by simple majority votes in both houses and the approval of the governor.

4. Review and Perfection. California should create an Initiative Review Board, appointed by party leaders in the state legislature and the governor. This body would review initiatives that have qualified for the ballot and within 30 days propose revisions to correct drafting errors and improve the implementation method. Sponsors could reject proposed changes, but could accept them without having to re-qualify the measure.

5. Expand the Assembly. Representing over 450,000 constituents is too difficult, because super-sized districts are rarely genuine communities. New York and Texas have smaller populations, but each has 150 members of the lower house, as opposed to California, which has only 80. California probably is not ready to increase that number to New Hampshire’s 400, but an increase to 200 would make the Assembly far more representative and increase voter satisfaction. Voters who are happy with their representation are less likely to vote for poorly designed initiatives.

Roger G. Noll is professor emeritus of economics at Stanford University, senior fellow at the Stanford Institute for Economic Policy Research and, with Bruce Cain, co-editor of Constitutional Reform in California.

In 1911, Governor Hiram Johnson enacted a series of reforms, including direct democracy, to increase the clout of the citizens across the state. At the time, the Southern Pacific Railroad possessed a stranglehold over our lawmakers. While their names are different–Amazon, Mercury Insurance, and PG&E instead of Southern Pacific Railroad–the sad irony of direct democracy is that it is now controlled by the very interests that it was designed to guard against.

What does one need to force citizens of the Golden State to vote on a pet project? In a word: money. While qualifying a measure for the ballot hardly guarantees the ultimate success of that measure, it does mean that Californians will be required to invest time and resources on a ballot measure, no matter how ludicrous the idea behind the measure is.

Ballot measures present voters with a binary choice; they can either vote “yes” or “no.” This is problematic for numerous reasons. To use but one example, when voters weigh in on budgetary issues they are asked merely, “Do you want this program or service?” or “Do you want lower fees or taxes?” The rational voter will say “yes” to both questions.

However, voters are not asked to reflect on the consequences of their answers. The question should be, “Do you want this program if it means we need to raise taxes or less money can be used for X?” or “Do you want lower taxes if it means less money will be available for Y?” Voters make choices with only part of the pertinent information, and then get irritated with their elected officials when those lawmakers have a difficult time implementing the will of the voters.

In sum, direct democracy presents our state with a number of challenges. The processes created a century ago to give power to the people, and to reduce the influence of special interests over our lawmakers, have now been hijacked by those very interests. Direct democracy also promotes a cycle of discontent by presenting voters with artificially isolated decisions.

Well, it’s here–the 100th anniversary of California’s direct democracy experiment. The politics of the Golden State are anything but golden, and Sacramento produces more punch lines than serious policy. All of this while Rome burns, politicians fiddle, analysts muse, and pundits scream, “It’s the fault of Hiram Johnson and the rise of direct democracy!”

Nonetheless the machinations of the “parallel legislature” (which is really how we should think of California’s initiative experience) continue forward. This all gives rise to calls to reform the initiative process or even to scrap the process altogether. Perhaps the sausage-making of politics is just too much for Californians today, people say, and initiatives have outlived their usefulness.

We visit and revisit these questions constantly. Blue ribbon commissions, learned sages, and wise political hands opine early and often on how the state’s problems would be handled better if we just left behind the initiative process. Most of these arguments correctly highlight the unintended consequences of the ballot measure process–that it’s expensive or that the initiatives themselves are riddled with problems or that we pick on people through this “parallel legislature.”

All of these criticisms ring true. And that is politics, plain and simple. As politicians work through soggy Sacramento summers on the state’s budget crisis, other Californians draft, circulate, and move direct legislation through the arena of citizen-based lawmaking.

The sky is not falling, and the past was not all that rosy.

Has the Golden State lost its luster? Certainly. Can and should California’s initiative process be reformed? Without a doubt. But the end of civilization is not at our doorstep. Instead, we should all take a deep breath. Direct democracy is both a problem and an alternative policy arena for groups and interests of all stripes. If that troubles you, it also probably causes your head to ache. We have a ballot measure for that–Prop 215 (1996), which legalized marijuana for medical purposes. And we’re likely to see another real soon. Reform is needed, but the path to that reform is to agree on some principles, some common ground, and then move to the reform conversation. This means engaging those folks that participate in the process and not just those that opine about it. California’s house may be on fire, but we have far too much talent to let it burn to the ground. Reform, not the scrap heap, is our future.