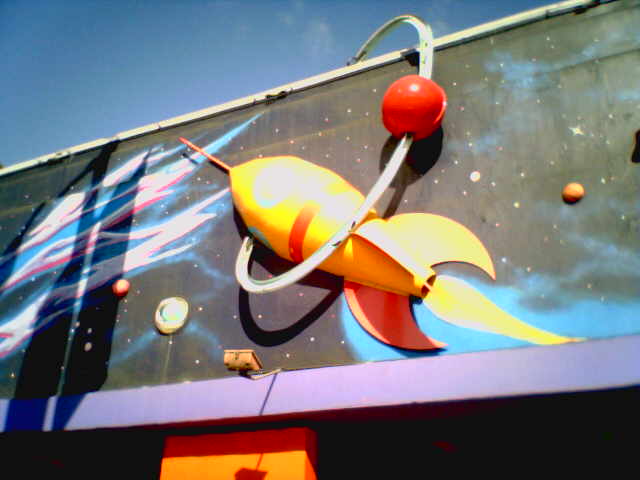 On October 7, Rocket Video, the last great independent video rental store in the city of Los Angeles, closed its doors for good. I was Rocket’s manager. The store had been in business for 30 years, and I’d been working there for 15.

During our final weeks, long-time customers were coming in distraught, some of them even in tears. Many seemed to be searching for some exotic answer for why we were closing, but the reasons for Rocket’s demise were what you’d expect: new technologies, Netflix, a bad economy, and fewer customers. The owners of Rocket Video felt they were investing a lot and getting very little return.

I first came to Rocket Video in the late 1990s. I’d completed my Master’s Degree in “film and video” at American University in Washington, D.C. and moved to Los Angeles, leaving behind my family, my girlfriend, and a full-time library job. I moved into a place with two friends from AU.

It was a tough time. I couldn’t find work, and the only friends I had were my school chums. They were getting tired of me. My funds were low and my credit cards maxed out. Then a friend suggested I try getting a job at Rocket Video.

The application process wasn’t all that easy. Everyone had to go through interviews and a written test. One part of the test was a multiple-choice section that focused on everyday filing skills, but the other was a list of 30 directors. The test taker had to cite as many films as possible made by each director. (Documentarian D.A. Pennebaker was probably the hardest.) In any case, I was enough of a film buff to pass, and the owners of Rocket gave me some part-time hours. It was a start.

All of us employees bonded quickly. In fact, my new friends were so cool that my formerly exasperated AU friends now warmed to me again and sought out the company of my new colleagues. I also managed to find a full-time job dubbing commercials at Video Monitoring Services. This was followed by a few years at Passport Productions, where I wrote documentaries on film history.

Even when I had full-time jobs, though, I never stopped working part-time at Rocket. It was a cool place to be, and there was always something going on. People told me they were impressed with my knowledge of film, and some customers would come in just to ask me questions.

About a decade ago, during an entertainment industry slump, I got laid off at Passport Productions. At the same time, Rocket’s manager left, and I got an offer to take his place. I took the job, thinking I’d stay for another year or two. I wound up staying 10. I guess I liked it.

Over the years, I learned a lot of lessons. One was that you can’t please everyone. For every person who loved our selection, someone else didn’t. I came to rely simply on my own judgment when ordering titles or making deals.

I also learned that people can be difficult-very difficult. They complain. They shoplift. They say abusive things. I had an unexpected phone altercation with a patriot who’d made a pro-war documentary about ongoing military campaigns. My refusal to order a copy of the DVD sent him into a diatribe about DVD distribution. When I told him I was in no mood for a lecture, he threatened to come to the store and kill me. In the end, he made do with posting on Yelp that Rocket Video did not love America.

Another lesson: people go pretty crazy over late fees. Sometimes, customers would sneak in an overdue movie and place it on the shelf, claiming it’d been there all along. People even threatened to beat up our video clerks over extra fees. It’s amazing what someone will do to avoid paying three more dollars.

I think many of our customers forgot we were running a business and had to make money somehow, that rentals couldn’t just be free. Still, even customers who complained incessantly would keep coming back, because we had a selection like no other. They’d cancel their accounts, then sheepishly re-open them.

If Rocket Video had some difficult customers, the many kind and wonderful customers made up for them. We employees got Christmas presents, cards, and gifts of booze. We got invited to birthday parties, plays, and special events. Some customers would bring us baked goods or fresh fruit. Many came in daily just to chat with us. Rocket was a community. It was a place for movie buffs to meet and shoot the shit about what they loved.

A lot of celebrities were among the regulars, and they were often the nicest customers we had. Some even became personal friends. They appreciated being left alone to browse the racks, but sometimes they, too, stuck around just to talk. That’s how I found myself talking with William H. Macy about the lighting in The Mad Ghoul, a horror film produced by Universal in 1943.

My favorite was Faye Dunaway. Certainly, she could be a little demanding. The first time I encountered her, she bounded through the doors of the store and yelled, “Quick, I need Reservoir Dogs right now! I’m double parked on La Brea!” Another time, when we called to tell her a certain title had come in, she was livid. “What are you doing calling me?” she yelled into the receiver. “I am trying to write! Don’t you know I have to answer my own phone?”

But she was also generous and gracious. In 2010, when Rocket Video moved from a building near Pink’s to a building further south on La Brea, it was Faye Dunaway who cut the ribbon to celebrate. She praised me for my film knowledge and said if she ever won another award she’d thank Rocket Video and Jeff Miller in her acceptance speech. I still have her number in my cell phone, even if I’d never be foolish enough to call it.

Soon after taking over as manager of Rocket, I started putting together in-store events. These usually took place on Thursday evenings, and they’d spotlight actors, directors, writers, or other industry professionals. We wanted to make Rocket a real hangout, with chairs, books, and places to get comfortable. Our first guest was my buddy Steve Stoliar, who’d written a book called Raised Eyebrows about his time working as a secretary to Groucho Marx during the last few years Groucho’s life. The audience was mostly our friends, but it was large enough to call the night a success. Eventually, these became popular enough that people would call us to put them on.

You never knew what was going to happen at our events, and unexpected guests were common. When special effects master Ray Harryhausen was the star of the evening, so many fellow Hollywood legends showed up to pay him tribute that the guest of honor compared it to an episode of “This Is Your Life.”

My favorite night was a celebration of The Incredible Hulk, the TV series that ran from 1978 to 1982. The Hulk had an immense effect on my life. It was what inspired me to get interested first in comic books, then real books, and later in writing and film more broadly. Our main guest was Kenny Johnson, creator of the show. He brought along director and producer Chuck Bowman. I invited, as a surprise guest, the actress Mariette Hartley, who won an Emmy for her appearance on the Hulk. Then Lou Ferrigno, the Hulk himself, walked in, and the crowd went wild. After the main event concluded, I gave a tearful speech about how special the show was to me.

There were many other great moments. Shelly Winters made her final public appearance at Rocket. Peter Falk made one of his last appearances there, just a few months before a series of surgeries triggered a sudden onset of dementia. Falk was funny and charming and unforgettable, and he apparently liked the cookies in our makeshift “green room,” because he scooped them all up to take home with him. Our final guest before we shut up shop for good was actress Nancy Kwan, star of Flower Drum Song and The World of Suzie Wong. That was the last of dozens and dozens of special events.

And now, after 30 years of business, it’s all over.

During the first several decades of motion pictures, a movie would run, then disappear. Maybe there would be a reissue a decade later, maybe not. Other than that, old movies vanished. Television changed that. Video stores changed it even more. We could reconnect with our cultural history, and the impact was remarkable. Video stores like ours had films that nobody else-not Netflix, not Amazon, and certainly not Blockbuster-ever did. We were guardians of film history. But now those pieces of history have been sold off for parts. Suddenly, we seem to be going in reverse, back toward that age when movies appeared and then vanished.

Hollywood is a tough place. Landmarks get demolished. The Brown Derby is gone. The Tail o’ the Pup hot dog stand is in some warehouse in Torrance. In traffic, drivers swerve manically and cut you off, as if to signal they have to get there before you. In a culture so inward-looking and self-centered, focused only on the next big thing, we easily forget the paths and paving stones that led us to where we are. Film history is important to Los Angeles. A sense of community is scarce. Rocket Video offered both those things. I don’t know if Angelenos will miss a place like Rocket right away, but I think they will eventually. I know I already do.