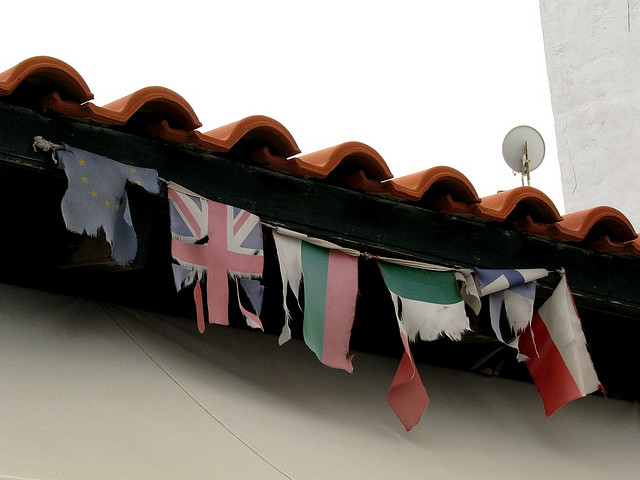 The idea of a Greek plebiscite to challenge the European debt bailout plan may be dead. But don’t exhale yet. The world will soon see more European referenda that could force all of us to hold our collective breath.

The referenda are the likely product of a new European experiment in direct democracy that is being developed behind the scenes in Brussels and other European capitals–often in the same government buildings where European finance ministers are holding high-profile meetings to shape bailouts and save the euro.

Throughout the seemingly endless euro crisis, economists have been pointing out that the monetary union is flawed insofar as countries surrendered control over their monetary policy to the greater union, but did no such thing when it came to fiscal policy. Hence there was essentially no stopping Greece from recklessly spending and borrowing, courtesy of Northern Europe’s stronger credit rating.

That may be true, but the bigger structural flaw underlying the European project–and not just the monetary union–is political, not economic. It is not a budget deficit, but a democratic one. Even as the nations of Europe have surrendered some of their sovereignty to the greater union, the people of Europe have acquired very little say in the conduct of their affairs. To the extent that they are consulted in referenda, they are still being consulted to speak as a nation, not in a pan-European vote where like-minded people in Belgium can make common cause with like-minded people in Spain, and so on.

The 27 countries of the European Union have gradually consolidated in Brussels a powerful transnational government. But this government has not been accompanied by the development of transnational democracy or transnational elections (even the weak European Parliament is elected in national, not continent-wide elections) that would provide European regulators a meaningful check, or at least legitimize their actions.

The current democratic deficit–big decisions being made by global entities with little input from the people they supposedly represent–is not new. And it’s not exclusively European. The world’s biggest countries–China, India, Indonesia, Brazil, Pakistan, the United States–all face the challenge of making fiscal and economic policies for hundreds of millions of people in highly diverse societies divided into distinct regional economies and spread across thousands of miles. In each of these mega-nations, provincial challenges to central policymaking have grown in number and in ferocity (from the rioting of Uighurs furious at Beijing’s cultural directives to the multiple legal challenges of angry Southerners furious at Washington’s new health insurance mandate).

But it is Europe’s experiment with mega-governance that is the most volatile and unstable. It is precisely the size and power of the European Union–with 27 countries and 23 official languages–that make it so vulnerable to small democratic challenges.

And in the absence of pan-European democracy, the last few years have seen European mice roar. Greece has used its democratic sovereignty to fight efforts to make it live by fiscal rules. The governments of Portugal and Spain and Italy have pursued fiscal policies that run counter to the rules and interests of the European whole.

The people of Iceland, a country that is not an official European Union member but is part of EU trade and security treaties, defied the rest of the continent by turning down, via referendum, plans to repay the British and Dutch for refunding depositors in Iceland’s failed banks. And Ireland effectively held hostage the Lisbon Treaty–a new constitutional framework for the European Union that was finally approved in 2009–by holding two referenda on the subject. When the Irish voted down Lisbon the first time, European leaders descended on Dublin to respond to objections; Ireland said yes in a second vote.

These national votes on European matters shouldn’t be a surprise. The paradox of European integration–and globalization in general–is that the more that nations integrate, the more likely it is that a single nation will find its interests ill-served and its citizens will stand up to protest. This is a particularly difficult paradox, because the solution to it involves another paradox: providing more democracy and political links between nations creates even more opportunities for small countries to object to continent-wide policies.

The European Citizens’ Initiative, part of the Lisbon Treaty, is looking like an illustration of the problem. On its face, it is a small step in the direction of continent-wide political integration, an effort to design democratic structures that are as big and transnational as Europe’s economic ones. The idea is to permit citizens to submit legislation to the European government by petition; a proposal that attracts a total of one million signatures across at least seven European countries would have to be considered by the European Commission, which serves as the Union’s executive decision-making body. This is technically a modest advance–this initiative process guarantees only consideration by the European government, not a California-style popular vote–but its potential is huge. Bruno Kaufmann, a Swiss-Swedish journalist and political scientist who is one of the ECI’s architects, says the initiative is an attempt to build a “super democracy” to counter “super capitalism.”

He may be right. The initiative is cleverly designed as a nose under the camel’s tent. Once citizens petition for legislation and it is turned down, it may not be long before they begin to clamor to vote directly on their proposal.

But the irony is that the initiative–by expanding direct democracy across the continent–may turn out to be a stronger force for national sovereignty than for European integration. One requirement of the new initiative process is that each European country develop its own infrastructure to supervise petitions, check signatures, and regulate the process. Few European countries are set up to do this, but with every country now required to develop a direct democracy process, it won’t be long before citizens clamor to use it–for national referenda.

And what better target for a national referendum than pan-European policies that frustrate your country’s citizens? All it takes is one aggrieved people to muck up the next big bailout or currency expansion or trade liberalization.

Such votes have long been characterized by pro-globalization elites as parochial obstructionism. But one of the strengths of direct democracy is precisely that it is provincial. It protects our governments from becoming too out-of-touch, too linked, too global–and ultimately, too big to fail. In trying to tamp down blasts of nettlesome democracy, European finance ministers are fighting a fire that will never burn out.

The truth is that Europe’s integration has gone too far, and not far enough, and these recurring financial crises are forcing a reckoning. Europe needs to take a step back and curtail its integration, or double down on the idea to make it work. People need to have a meaningful voice in their affairs, and if Europe is to become a functional entity it will need to develop ways for Europeans as a whole–not just Greeks on this, Irish on that–to legitimize their new social contract.