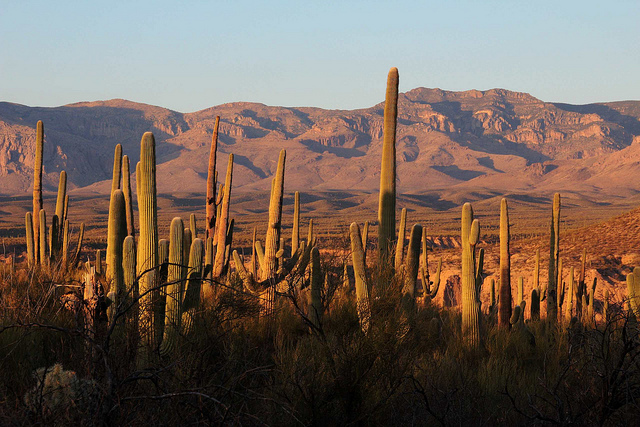 One hundred years ago, Arizona was a very different place. From 1910 to 1916, Arizona was among the most broadly democratic, pro-labor, citizen-oriented, reform-embracing states in the nation. Its new state constitution enshrined women’s suffrage, prohibition, an independent corporation commission, protections for workers, and the progressive trilogy of initiative, referendum, and recall.

Arizona was also among the most Democratic of states, with Democrats holding all statewide offices and overwhelming majorities in the state legislature. Registered voters were primarily Democrats, as were all of the state’s representatives to the federal government. Being a Republican politician was a dead-end job.

The man at the head of both the progressive coalition and the Democratic Party was Governor George W. P. Hunt. His success in forging both a progressive democratic government and a robust Democratic Party in the state demonstrates the possibilities and shortcomings of reform. For Hunt’s central historical legacy is his partisanship rather than his progressive politics.

Like many Arizonans today, Hunt was not a native. He came to Gila, Arizona from Missouri in 1881 as a 22-year-old jack-of-all-trades. In Gila he became a wealthy merchant and successful politician. He served more than a dozen years in the territorial legislature, including several as its president. When Arizona was given the green light to organize as a state in 1910, Hunt was well positioned to lead the charge for both his progressive ideas and the Democratic Party.

In 1910, Arizonans faced an array of choices. First, there were the progressive government reforms. Would Arizona’s constitution include the newly popular initiative, referendum, and recall? U.S. President William Howard Taft had hinted at a veto of Arizona’s request for statehood if its constitution included the recall of state officials, especially judges.

There was also a set of fiercely contested public policies: women’s suffrage, prohibition, and anti-corporate measures. Supporters of each of these had been campaigning for years both nationally and in Arizona. The constitutional convention provided an opening for their policies to be embedded in Arizona’s foundational law.

Arizona’s diverse social groups had not coalesced into stable party alignments.
In part, this was because both major national parties were in flux: The Republicans were torn between President Taft and former president Theodore Roosevelt. Democrats were recovering from the aftermath of the populist movement and making tentative steps toward progressivism. Minor parties were also a regular part of state and national politics. The Socialist Party was active in federal and local elections, including in Arizona. The Prohibition Party frequently fielded candidates, and union members briefly formed a local Labor Party in the lead-up to Arizona’s constitutional convention.

In the midst of this chaotic contest over reforms, policies, and parties, George W. P. Hunt emerged as the major victor. When union members and disaffected socialists met in Phoenix to form a Labor Party, Democrats worried that this third party would tip the scales against them, dividing their support and leading to a Republican triumph. So they reached out to labor leaders and cut a deal centered around the progressive reforms. As a long-time advocate of these measures and friend of labor, Hunt helped seal the alliance.

Hunt and the Democratic Party made similar deals with local suffragists and prohibitionists. By agreeing to back the initiative, referendum, and recall, and promising to give their favored issues a hearing at the convention, the Democrats were able to draw on their support from grassroots organizations. The result was a landslide Democratic victory, with the party winning 41 of the 52 convention seats.

Republicans charged that progressive reforms and social policies were too risky because they were likely to draw a veto from President Taft. This was especially true, they argued, of the recall of judges, which Taft viewed as an assault upon the principle of an independent judiciary. The Democratic Party itself was divided internally between conservative and reform elements. But Hunt and his fellow reformers were able to unite the party around the initiative, referendum, and recall. They countered the Republicans by arguing that Arizona should have the constitution it desired regardless of the presidential threat.

But on women’s suffrage, prohibition, and the more stridently pro-labor or anti-corporate measures favored by the unions, the Democratic Party backed down, deciding they were indeed too risky for inclusion in the original constitution. Frances Munds, head of the Arizona Equal Suffrage Campaign Committee called out Hunt on this argument:

You say you think it is unwise to put a suffrage plank in the constitution and then you go on to say that it should contain the initiative and referendum and recall by all means. Either you think that we women are very dense or else you are not sincere. You know as well as can be that there is nothing that Mr. Taft will so seriously object to as that very thing that you are advocating so strenuously. On the other hand you have no authority whatever for saying that he is opposed to woman suffrage.

Ultimately, the progressive reform measures were in, women’s suffrage and prohibition were out. After some wrangling with President Taft (who vetoed the initial constitution), the judicial recall was removed. But the progressive coalition that Hunt had built within the Democratic Party survived for a few more years. In the 1912 election, a few months after statehood, Arizona voters reinserted the judicial recall in their state constitution. Two years later, they passed a prohibition law.

Perhaps most impressive for the progressive coalition, in 1912, Arizona voters approved, by a 2-to-1 margin, an amendment granting women the right to vote. The vote passed thanks to an unlikely coalition of Mormons, farming communities, and Socialists.

But Hunt’s progressive legacy was fleeting. Once the initiative, referendum, recall, suffrage, and prohibition were firmly in place, many groups that had once supported reform shifted their political focus to issues where they held more conservative views. Hunt’s Democratic Party remained in power after 1914, but both the party and the state began a long shift to the right.

Hunt’s partisan legacy has been the more lasting. His vision of reform stopped short of measures that might disrupt the power of political parties. He blocked efforts at open primaries or non-partisan elections, which would have interfered with his party-building goals. As reform slipped from his grasp he retained his position by mastering the art of patronage. Even as his own party became more conservative, Hunt managed to hold on to his leadership role, serving seven two-year terms as governor between 1912 and 1933.

Today, the progressive governance reforms have lost much of their grassroots vitality. Initiatives and referenda rely on wealthy donors to get them on the ballot and buy necessary advertising. Closed primaries tilt the field in favor of partisans rather than reformers.

Now Arizona is an ideologically diverse state dominated by a conservative Republican Party. Liberal Arizonans might long for a Hunt, a politician who could deliver on real promises for progressive reform. But what the state really needs is a champion who can go the next step and reform the party system. Only then will the growing number of Arizona voters registering as independents have a real progressive champion.