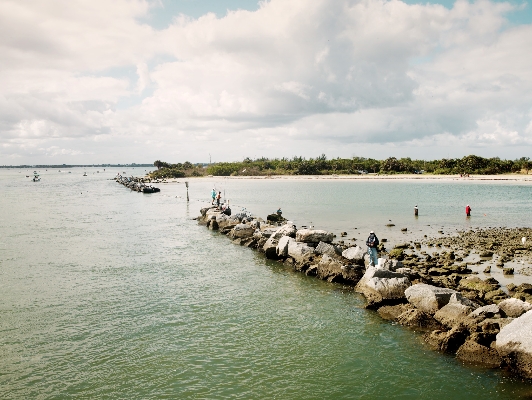 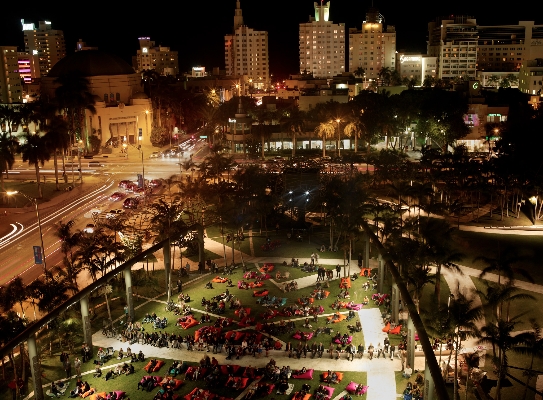 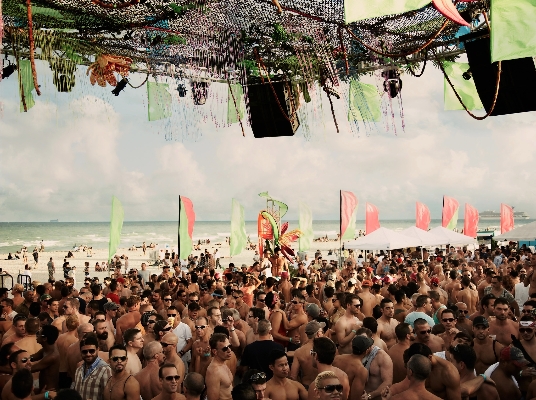 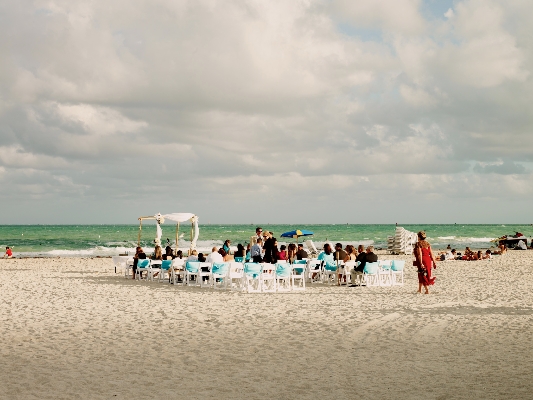 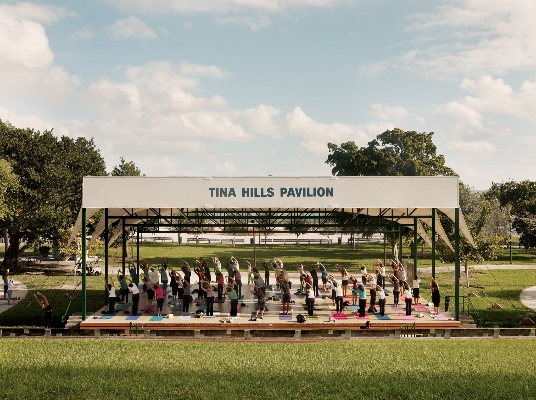 Yoga in the Park, Miami, Florida 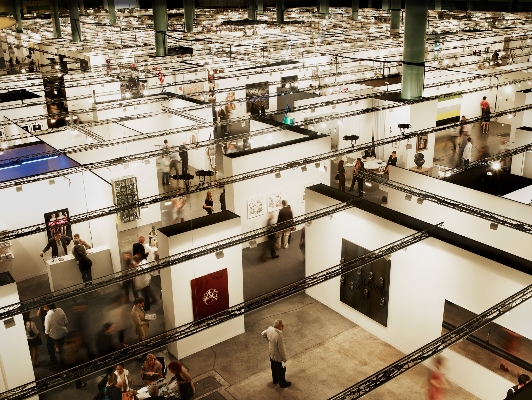 They call it the “Magic City” and the “Dream City.” The essayist and critic John Leonard found it to be a perfect cinematic backdrop, “a surreal sandwiching of abstract art and broken mirrors and picture postcards and laboratory slides and revolving doors.” Miami, Leonard wrote, “is whatever the camera wants it to be.”

Is Miami really so adaptable? Photographer Chad Ress, a fellow at the Center for Social Cohesion, has been traveling throughout the United States to chronicle where people go to get a sense of connection–to a place or to other people. Ress isn’t looking at work, school, or home, but to gatherings organized and informal to find out how we think about public space and community today. What do people coming together in South Dakota, Miami, and Los Angeles share–or not share? What does the look of these “third places” tell us about community in America?

One of Ress’s first extended examinations of place was in South Florida, where Ress traveled in December to capture images of how Americans gather today. The photographs that follow are the first installment of a series that Zócalo will publish over the coming months. Ress’s effort will culminate in an exhibition of final prints. In Miami and its surrounding areas, Ress captured weddings, dance parties, fishing, yoga, and the annual Art Basel Miami show. Is Miami still a “surreal sandwich”? Is it quintessentially American? Are these communities “community”?

Whatever answers Ress’s work provides, or doesn’t provide, to such questions, you’ll find yourself enthralled by the way his images ask them.

Chad Ress is a photographer based in Los Angeles and a fellow at the Center for Social Cohesion at Arizona State University. His most recent project, America Recovered, was featured in The Wall Street Journal and Time.