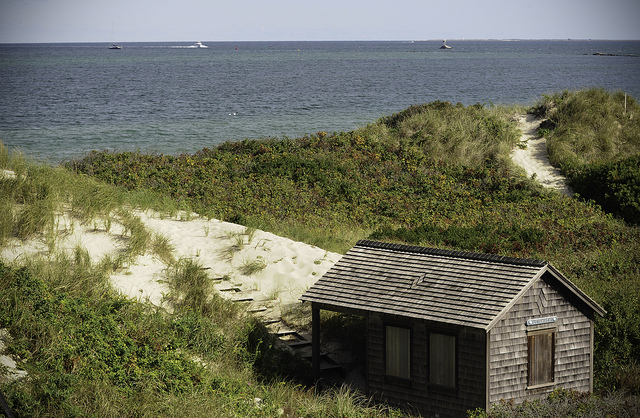 Poetry has been a key element in Zócalo’s eclectic blend since we first began publishing in 2008. We were delighted to find ourselves building a literary space for both established and emerging poets. And we appreciated it when Los Angeles poet Lynne Thompson wrote us to say, “The diverse voices Zócalo publishes coupled with gorgeous visual art make it a joyous read.”

Before long, though, we wanted to do more to spotlight the most beautiful and difficult of literary arts. So we launched Zócalo’s first annual poetry prize. It was–and is–intended to complement the Zócalo Book Prize, which honors the author whose nonfiction work most effectively deepens our understanding of community–of how people connect to people. The Zócalo Poetry Prize awards $1,000 to the U.S. poet whose original poem best explores people’s connection to place. We received entries from over 700 poets from all across the country. Their poems explore where we come from, what it means to love, or leave, a place, and how a particular geography can define us.

As National Poetry Month begins, we’re pleased to announce that the first Zócalo Poetry Prize goes to Jody Zorgdrager for “Coming Back, It Comes Back,” a poem about returning to Massachusetts. Zócalo poetry editor Stephanie Brown called it “fond, flinty, yet unsentimental.” Zorgdrager evokes a place that “surprises, dismays, and delights. Her Massachusetts is high and low, saltbox houses and ice cream toppings, Puritan sermons and deer ticks.” It is, for better or worse, home. Brown was reminded of another New England poet’s definition of that very same place: as Robert Frost said, “Home is the place where, when you have to go there, they have to take you in.”

Coming Back, It Comes Back

that the landscape seems tighter, like a staircase
in a house built circa 1715. How this shapes
the way you walk. The way you inhale
only so deeply. Humidity dripping
from the morning’s stiff upper lip
is perfect for vacuuming, the nap in carpet
rising squarely as kernels of butter-and-sugar
corn on the cob. Itch of mosquito bite.
Deer tick. Panty hose. Courtesies of full service
gas stations and ice cream stand attendants
offering jimmies, their accents a cross between
toddler and mafia. Drivers who mow you down
with horns for passivity in rotaries. Listeners
interrupting mid-sentence to show interest
in getting to the point. No saying one thing
(pop) and meaning another (soda). Bottles
are returned for a nickel to a machine
that crushes as it redeems. The Puritan sermons
of thunder and lightning. Weathered is a color
of shingles on Saltboxes and Capes on the Cape.
Why charter a boat when down the road
Melville wrote the book on whale watching,
Bishop was born to reel in rainbows, and
Emily modeled the secret of staying put
is all in how you look at the world. Knowing
what you’re made of but seeing no need to frame it
with paper seat covers in every stall on the Pike.
The smell of ocean lingering on a towel hung out
to dry. The mingling here of the we and my I.

We spoke to Zorgdrager about the poem and the poet behind it.

Q. What inspired you to write “Coming Back, It Comes Back”?

A. I’m originally from New England. I grew up here. And then I moved various places, and most recently spent 12 years in the Pacific Northwest. Until I returned to Massachusetts, though, I didn’t realize all of the things I’d missed. And so I wrote the poem upon returning.

Q. When do you feel a poem works? When does the fear subside?

A. I’m not sure the fear ever subsides. In fact, when I won the prize, I thought, “Oh no!” because I thought I might have revised it since. So I’m not sure a poem is ever finished. But, ultimately, apart from a little polishing here and there, I did feel that this poem was finished.

A. In any legal way I can. I’m not one of the people who teach. I found out early on that I can’t be the kind of teacher I want to be and the kind of writer I want to be at the same time. So I’ve done everything from being an addiction coach–helping people quit smoking–to doing temp work. Recently, I’ve been the executive director of Friends of Worcester’s Senior Center. It’s tough to support my art and pay my bills.

Q. What are your work habits?

A. I will walk out my poem five or six times in my head, which you can do with a poem because it’s shorter than a novel, and I will get the poem going in my head. Then, late at night for two or three hours I will commit it to the page. There’s something about the rhythm of walking, and again that’s where place enters into it.

Q. Where do you go to get satisfying connection to people or place?

A. I go to the library, and not so much for the people as for the books. And I know it sounds strange to say that the library is my community, but as a writer that is what I get a lot of my identity from and what shapes me. So in a sense the bookshelves of the library are my community. But with this poem, a surprise came at the end, when I got to the line, “The mingling here of the we and my I.” To me, that’s what community is. It’s that place where you know you’re part of that “We,” and that “We” is part of you.