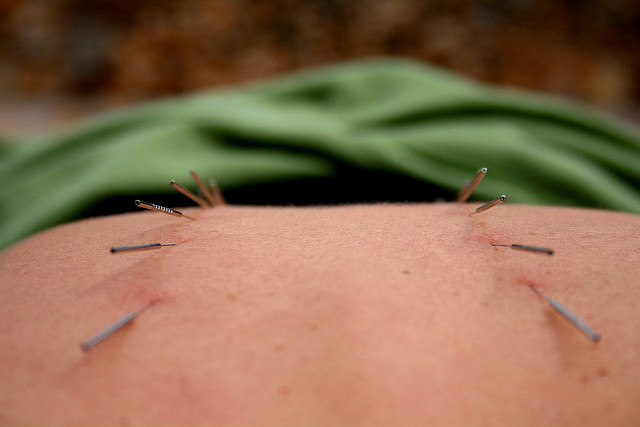 The Norman Rockwell neighborhood where my husband and I live in Washington, D.C. is a new experience for me, although I’ve lived in a lot of places. One of those was New York City, where I was a professional dancer on Broadway.

I sang, played small parts, and served as understudy until stage fright struck me. I became paralyzed at the idea of performing. It was an abrupt change. Until that time, I had danced from the moment I was able to walk.

You don’t dance professionally without becoming an athlete. It’s as grueling, physically demanding, and emotionally taxing as any professional sport. It also takes a terrible toll on your body. I knew a lot of dancers who had knee injuries, back trouble, and even bunions that ended their careers. I was one of the lucky ones, able to work out much as I did as a dancer, at least until last year.

The pain came on swiftly, without warning or obvious explanation, and rendered me immobile. One minute I was walking. The next my left hip and hamstring seized up like it was going to cramp, and a shot of pain went down my leg freezing me in place.

I’m not talking about take-an-Excedrin-and-go-lie-down-for-a couple-of-hours-with-a-heating-pad pain. Or pain that a warm, luxurious bath can calm. (I couldn’t get in the tub at the time.) I’m talking about red-hot-waves-of-muscle-seizing agony, followed by molten heat coursing down my left leg, as if someone had just shot 10,000 tacks dipped in acid into my skin.

I heard someone screaming, then realized it was me. It seemed too excruciating to sit, but I couldn’t stand either. So I tried to lie down. It took me 30 minutes, and, once down, I couldn’t move at all without screaming. Getting out of bed took an hour. I’d start on my back, stretching my legs upward, then knee to chest, slowly warming up. Standing upright still brought yelps, squeals and halting breath, as if I was giving birth. I was experiencing something that would make me think about my body in a new way.

I’ve had injuries, particularly to my ankles, since I first hit New York, and I found alternative medicine and treatments work best for me. Back in the late ’70s and early ’80s, sports medicine changed, at least for dancers. Surgery on a knee was often replaced by cortisone shots or other therapies. Acupuncture and cortisone shots saved me from a knee operation early in my performing career, with magnets on my ankles helping to heal an inverted sprain that had become chronic.

So, when I was struck with this new debilitating injury, the first place I went once I could move enough to drive was to my local chiropractor. Dr. Curt applied first heat, then pulse stimulus, then adjustments concentrating on my lower back. This continued for a couple of weeks. The bad news: the pain wasn’t going away, and the effort it took to get in and out of bed remained unchanged. The good news: I found out there wasn’t anything structurally wrong with my spine.

Once an injury is discovered not to be structurally dangerous, you simply have to get moving and work out, gritting through the pain, which goes double for stretching or some sort of yoga. I’ve got my own routine, so back I went to Gold’s Gym in Alexandria.

That’s where I met a masseur specializing in Reiki, a Japanese technique that stimulates energy flow throughout the body to promote healing. He had more Washington, D.C. Beltway mentions than you can mention, starting with Best Masseur in Washingtonian magazine way back in 1980. Luiz is an old pro, but when I first came in and tried to get on his table, it wasn’t pretty. When he heard my muffled yelp the moment his hands touched my body, he jumped back a bit. He’d hoped to do a deep tissue massage, but that was out. Instead, he went to a method that used electric pulses. But I was going to have to keep investigating treatments, because the pain wasn’t subsiding.

Through it all, working was a bitch, with final edits due on my book.

In Old Town Alexandria, Virginia, I found an acupuncturist who was what I’d call a healer. To say Dr. Joanie was alarmed when she first saw my condition and heard me yell is an understatement. Slowly she worked on me, every other day, diligently moving the needles from point to point. Each time, she’d ask me to finish with Downward Facing Dog, a very simple yoga pose. I couldn’t do it! But slowly, as the weeks went by, the acupuncture produced results.

It also produced an explanation for my pain. The villain was my piriformis muscle, located in the gluteus area (part of the butt muscles), which brought everything else into play. I hadn’t injured myself with one false step. I’d unknowingly injured myself throughout my entire dancing career and life since.

Once Dr. Joanie located the right spots, then kept following the pain as it moved through and out of my body (the addition of certain Chinese herbs, as well a muscle tincture, helped immensely), I felt ready to gear back up to full workouts. Those workouts had defined my life. That’s when Dr. Joanie shyly suggested that if I didn’t alter my workout I’d better plan on seeing her often, because I’d be right back where I started.

That left me with a choice: I could futilely fight to do the workouts that had injured me, or understand what the injury required. It was not an easy choice.

One of my favorite things to do has always been to put my knees next to my ears, then straighten my legs, then roll slowly down. Newly healed, I tried this slowly, not forcing it. But the day afterward the pain was back, and so was I to Dr. Joanie.

Chastened, I began to change the way I worked out. I listened to my body more. It’s hard to unlearn old habits. What helped was a discovery: after all the treatments, the work these healers did on my muscles and lower back opened up new spaces where other stretches that used to be hard work were now effortless. Now my workouts are efficient, exhilarating, and exciting. There’s no pain, but lots of gain.

I realized I’d been fighting against my body–against myself, really–for years. I still work out hard, do cardio, lift weights, but the intensity is different. I concentrate on lower weight, more repetitions. (I’m also working on curbing my competitive ego, but I’m not there yet.) My stretch routine is more effective, deeper and longer, even if I’ve let some moves go; others I couldn’t do before I can do now, effortlessly. It wouldn’t have happened if my body hadn’t spoken up, with non-traditional healers giving me a new way to look at working out.

It’s wrong that the treatments that made me whole again and gave me a way to stay well are not covered by insurance. Wellness doesn’t come cheap.

Today, I’m in better shape than I have been in a long time. I know what went wrong and why so many years ago my left hamstring and hip were always acting up. I’ve learned to listen and feel as I work out and to hear what my body’s saying. I’ve even gotten rid of that last 10 pounds, which didn’t hurt at all.

Taylor Marsh, a political analyst and Huffington Post contributor, is the author of The Hillary Effect. Her new-media blog www.taylormarsh.com covers national politics, women and power.