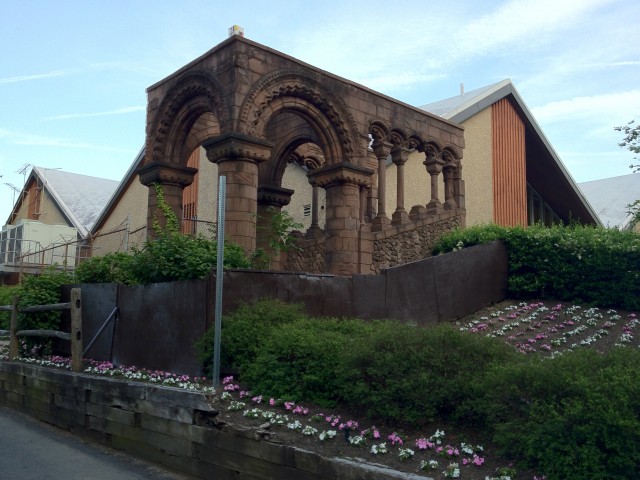 The Pratt Institute’s library is one of my favorite places in Brooklyn and one of the quietest I know. Pratt is an art school, and sometimes I attribute its almost uncanny silence to the student body (or its absence), sequestered in art studios rather than the stacks and reading rooms. The larger surroundings also help: Pratt lies at the heart of the residential neighborhood of Clinton Hill, surrounded by a grassy park and streets lined with 19th century brownstones and Greek Revival mansions. Sometimes, as I sit imagining the elevated train that until 1950 ran directly through the lush campus, I see the serenity as a hushed aftermath of the library’s busier days.

Until 1940, when the Brooklyn Public Library’s main branch opened nearby, Pratt’s library was known as the Pratt Free Library. It was the first general lending library in the borough, and cards were available to all people over the age of 14. For those too young for borrowing privileges, the building also housed a children’s library with an elaborate Romanesque portico and colonnade leading to a separate entrance. Looking up into the windows from the street today you can see nothing but shelves of books. Inside, the open stacks are designed by Louis Comfort Tiffany, the floors are made of leaded glass tiles, and florid cast bronze shelving rises through all four levels. The collections are bathed in natural light, given the place of honor that books relegated to the basement stacks of a typical library are denied.

I am not and have never been a student at Pratt Institute. I’m a high school teacher and an expired Friend of Pratt Library, which means that four years ago I paid $100 to have a slip of yellow paper bearing my address and thus proving that I am part of the zip-code community. I joined when I was in the throes of working through a master’s thesis on Chaucer’s dream poems. This meant that most days I went straight from school to the library and stayed there until it closed at 11:00 p.m. Some days, tired from running around the classroom or overwhelmed by the difficult balance of work and graduate school, I’d put off my own research and pull whatever books were shelved the closest to my seat. I would read about the origins of lacework, early New Jersey glass factories, and methods of log cabin construction. In the end, the decorative art focus of the library shaped my final product and my thesis explored the poems’ material world: interiors and architectural adornment.

On the night that I finished my thesis there, I remember not wanting to leave right away because the closing chimes had not rung yet. A little over a year later, as I finished the final chapter of my first novel, my legs had become so cramped that I cleared part of a shelf so I could perch my computer at chest height. In the midst of typing my final sentences, I stood intertwined with the structure of the building. The shelves on either side of me were filled with periodicals on house restoration. As Marianne Moore reminisced about the Pratt Free Library in a 1960 essay for Vogue, “In the stacks, related items in a subject often became more important than the original quest.”

It has been more than 70 years since the library was officially closed to the public and 30 years since the porch of the children’s library was moved across campus to where it now sits, half ruin, half relic, a few feet from the great modern facade of the gymnasium, a stairway to nowhere.

In idealistic moments I wish that this haven were open to everyone again. But I know that would disrupt the placid stacks and obscure the odd titles that nowhere else see the light of day.

K. Abigail Walthausen is a high school English teacher and poet who lives in Brooklyn.