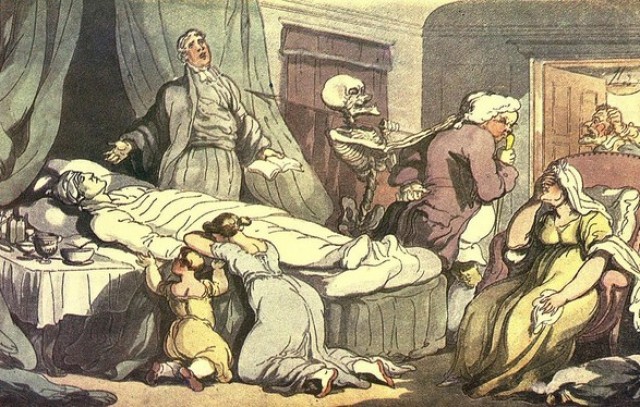 In late 2011, I wrote an essay for Zócalo called “How Doctors Die.” Drawing on my observations and experiences as a doctor, I reported that doctors tend to seek less end-of-life care than ordinary patients do. They know when further treatment is likely to be futile and when life would cease to be worth living. The point I wanted to make was that all of us should have the choice to die that way if we wish–at home, with family, without dramatic hospital interventions, without pain.

The response to this simple idea was overwhelming. I read thousands of comments people posted online regarding the end-of-life care of loved ones. They told of near-dead relatives being assaulted with toxic drugs and painful procedures for no good reason. I am haunted by one description of a patient who could neither talk nor move, begging with her eyes for it all to stop. Thankfully, such stories are slowly becoming less common, and, with an advance directive or POLST, you have considerably better chances of having a peaceful death, if that is what you want.

While the article rarely provoked hostility, it did, among some readers, prompt skepticism. I’d written the article in a personal, anecdotal style, so I rarely made use of numbers, studies, or charts. For example, Ezra Klein, writing in The Washington Post, wanted to see more evidence for my assertions. “Does anyone know of data on end-of-life spending for doctors?” he asked. “Or even on the percentage of medical professionals who have signed living wills?”

This essay is an attempt to address such questions. Perhaps it should be viewed as a set of endnotes to “How Doctors Die.” For every assertion of mine that was based on observation, I’ve looked for relevant scholarly evidence that might support or refute it. Here is what I found:

First, and most important, is the question of whether doctors, for the most part, die differently. One of the clearest indicators we have is a survey from Johns Hopkins University. It’s called the Johns Hopkins Precursors Study, and it’s based on the medical histories and decisions of students from the School of Medicine classes of 1948 through 1964 who volunteered to be part of the survey. According to the study, 65 percent of the doctors (or former medical students) had created an advance directive, i.e. a set of legal documents spelling out in advance what sort of end-of-life care they would like. Only about 20 percent of the public does this. When asked whether they would want cardiopulmonary resuscitation, or CPR, if they were in a chronic coma, about 90 percent of the Johns Hopkins doctors said no. Only about 25 percent of the public gives the same answer.

I also asserted in “How Doctors Die” that CPR is rarely as effective as people seem to think. What people have seen on television is at odds with happens in real life. A 1996 study published in The New England Journal of Medicine found that CPR as portrayed on television was successful in 75 percent of 60 cases and that 65 percent of the patients went home. In contrast, in a 2010 study of more than 95,000 cases of CPR in Japan, health professor Hideo Yasunaga and fellow researchers found that only 8 percent of patients survived for more than one month. Of these, only about 3 percent could lead a mostly normal life. A little more than 3 percent were in a vegetative state, and about 2 percent were alive but had a “poor” outcome.

My sense that there’s a yearning among ordinary patients to have more peaceful deaths has been echoed in the research of University of Wisconsin-Madison nursing professor Karen Kehl. In an article called “Moving Toward Peace: An Analysis of the Concept of a Good Death,” Kehl analyzed a collection of relevant articles and, based on their contents, ranked the attributes of an ideal death as follows: being in control, being comfortable, having a sense of closure, having one’s values affirmed, trusting in care providers, and recognizing impending death. Hospitals cannot help with most of these things. Unfortunately, most patients do not see their wishes fulfilled. A 1998 study published in the Journal of the American Geriatrics Society looked at Medicare patients and found that, while most said they preferred to die at home, most died in hospitals.

I discussed the tense, and often tragic, circumstances that surround many of the treatment decisions made in hospitals. Often, I noted, family members or medical staff effectively override the wishes of a dying patient. The studies I’ve found on this suggest that family plays a particularly big role in taking things in an unintended direction, especially when there’s nothing in writing. A 2003 study published in the Journal of Clinical Oncology found that most patients and families agree in theory that patients should make their own end-of-life decisions, but in practice about half of families override the stated preferences of patients. They have disagreements about the use of life-sustaining measures, and they lack written documents to resolve the matter. In contrast, a 2010 study in The New England Journal of Medicine found that people with advance directives usually receive the care they’ve chosen.

Every doctor has heard stories about people who have had miraculous recoveries, despite a doctor’s prediction. (Such stories are one reason doctors hate to make predictions.) But the sort of cases I’ve written about are those where all treatment has failed and the patient faces death soon. When applied to a patient in the last stages of a terminal decline, CPR is particularly ineffective. A 2010 study published in the journal Supportive Care In Cancer looked at terminal patients who wanted no CPR but got it anyway. Of the 69 patients studied, eight regained a pulse, but, 48 hours later, all were dead. Well-meaning CPR advocates talk in terms of “survival,” but all the term means is that the heart again beats on its own. In the above example, survival was 11 percent, but “survival” as often understood by the public–regaining a reasonable quality of life–was zero.

We don’t like to think about death. But that avoidance is one reason so many Americans fail to arrange an advance directive, even when they are severely ill. When patients of mine would come to my office accompanied by a family member, I often asked the patient how he or she wanted to die. I didn’t do it because the patient was on the brink of death, or even sick. I did it because I wanted the patient to think about the question and also to make sure that a loved one got to hear the answer. Unwanted futile measures, prolonged deaths, and hospital deaths remain commonplace in America and many other places. But they don’t have to be. It just requires our doctors and, no less, the rest of us to come to terms with the inevitable.

Ken Murray, MD, is Clinical Assistant Professor of Family Medicine at USC. He appeared in a Zócalo event, “How Doctors Die,” on July 30.