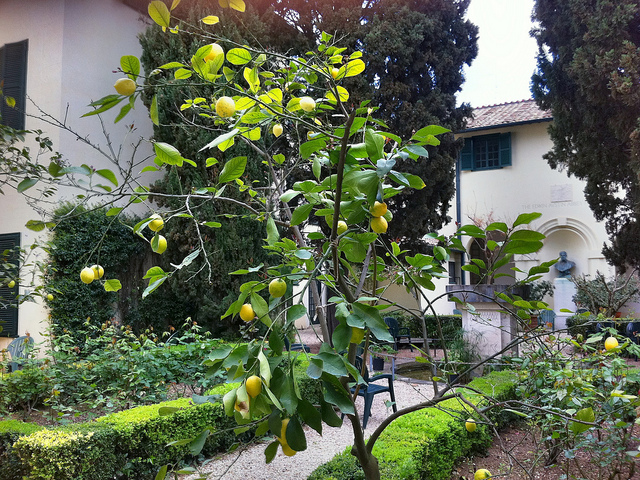 Some scholars make straight for the Capitol, to sit on the steps where Edward Gibbon first conceived the idea of writing The Decline and Fall of the Roman Empire. Others take their credit cards for a wander down the Corso. Quite a few prioritize their favorite ice-cream parlors. But when I arrive in the Eternal City my first stop is the British School at Rome.

I first visited Rome in September 1990. I had just handed in my doctoral thesis–the examination would not be for months–and I was due to start my first teaching job in October. Into this limbo I managed to squeeze a week visiting the City whose history and archaeology I had circled for a decade, as I studied and traveled in the provinces of her vast empire. Coming to the capital at last was mind-blowing.

Today, revisiting the Roman forum or the Pantheon, the Baths of Caracalla or the Tiber Port, I am often conscious of the ghost of my former self, circa 1990, gaping wide-eyed at vast monuments that today’s Romans take completely for granted as they go about their daily business. Even today I sometimes catch sight of a café and remember exactly which table I was sitting at, with which book open in front of me, all those years ago.

During my first week in the City, I was visiting the Farnese Gardens on the Palatine when I ran into a friend from Cambridge. He was taking a party of stunned-looking students around the ruins of the emperors’ palaces, and they were collapsed in the shade, huddled on some bright porphyry columns that had been brought from Egypt’s eastern desert two millennia before. When he suggested I come for supper that evening at the School, I was glad to accept.

The British School at Rome lies on the northern fringe of the vast Borghese Gardens and at the edge of the rather smart district of Parioli. In front is the piazzale Winston Churchill which–in a rather typically Roman juxtaposition–is an extension of the via Gramsci, named for a Communist intellectual imprisoned by Mussolini. You might recognize the school’s spectacular neoclassical façade, designed by Sir Edwin Lutyens for the Rome Exhibition of 1911, as the fictional “Galleria D’Arte di Roma”–one of George Clooney’s and Brad Pitt’s targets in Ocean’s Twelve. But when you penetrate the glistening travertine entrance hall, you find yourself in a shady courtyard. Pines surround a goldfish pond with a mossy fountain at its center. The wings that enclose the courtyard, or cortile, house a library, rooms for resident scholars, and, at the back, the studios of the artists the School brings to Rome on stipends to find inspiration–and to stop academic residents from taking themselves too seriously.

That evening we were to eat outside on long tables. As I walked out into the cortile I was immediately hailed by a rubicund figure in a silk dressing gown, holding a gin and tonic in one hand and a tall pottery flagon in the other. It was a Keeper–a senior curator–from the British Museum, leading excavations at the site of the Mola di Monte Gelato, a first or second century A.D. agricultural estate north of Rome where archaeologists from the British School have been working off and on since just after World War II. He and his team were celebrating this completely unique find, a wine vessel made in the lifetime of Nero, inscribed a drinking song in Greek. It offers a rare glimpse of the leisured life of Roman landowners, swapping literary tags and sipping Faliscan wine. The flagon would be the star item reported in the next year’s Papers of the British School; it has been much discussed since. But for me it always evokes my first evening at the British School, and scholarly conversation among the lemon trees.

I have been back to the British School at Rome many times since. One year we rented a flat on the other side of the Villa Borghese for six months. I walked in to use the library each day, leaving my children to see the zoo or to play football in the park or to watch Italian cartoons at the tiny Cinema di Piccoli. But I had as much fun as they did. The School has such fantastic library resources that it attracts eminent Italian scholars as well as the residents, who are mostly British, Canadian, and Australian. But much more importantly, the School is an engine of serendipity.

I stayed there again this spring to begin another book project. I read rare journals, visited sites and museums, and did all I had planned. But–as I knew I would–I also found myself making new connections. The School is always busy. A U.S.-based colleague writing a book on Constantine flew in to spend 24 hours tracking the first Christian emperor around the City. There were graduate students and post-docs investigating long vanished Italian languages and the gardens of imperial Rome. I spent evenings talking with a historian of 19th-century Catholicism, a paleo-environmentalist documenting the slow erosion of Italy’s forests, and an architectural historian who has spent two years reconstructing the work of the renaissance humanist Pirro Ligorio. How their research will connect to mine is not always immediately obvious. But months, or even years later, I will find that my understanding has been subtly extended, and that unexpectedly I know something of value.

A bell rings for tea in the cortile. Most of us take a few moments to surface from whatever we are reading. But then we gather, outside in the sun or in the long cool refectory, to ask questions and be questioned in turn.

I can’t wait to go back.

Greg Woolf is Professor of Ancient History at the University of St Andrews. He is the author of Rome: An Empire’s Story and Et Tu, Brute?: A Short History of Political Murder and editor of The Cambridge Illustrated History of the Roman World.