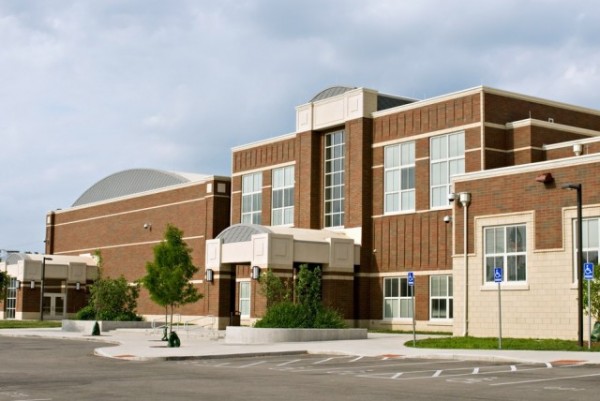 We’ve long been proud of our great public universities in the United States. Historically, they’ve been both superb and inexpensive. The University of California system has long represented a pinnacle of scholarship, even as it has helped to make higher education affordable to thousands of Californians. But now UC and other state schools across the nation have been subject to severe cuts, and tuitions have been rising. With fewer resources, state schools now have a tougher time holding their own against elite private universities. In advance of the Zócalo event “Can the Next President Put Public Universities Back On Top?” we asked several education policy mavens for their thoughts on the following question: Will America’s public universities remain competitive with elite private universities in their teaching and research?

Only if they compete on quality and cost, not on fancy gyms

Our nation’s public universities are the backbone of our higher education system, educating more than two-thirds of all undergraduates. But rising prices accelerated by declining state support threaten to compromise the affordability of public higher education. Over the last decade, tuition and fees paid by the average student at four-year public colleges increased by an average of 7 percent per year on top of inflation. These tuition increases coupled with stagnant family incomes have forced students to take on more debt, which some have struggled to pay off–especially the large number who fail to complete degrees.

Disappointing outcomes coupled with rising costs have led many to question the value of a college degree. The evidence is clear that college is a great investment for many students, but in order for that to continue to be the case the inexorable rise in prices must stop and the quality of education provided by our nation’s institutions of higher learning must improve.

The next president must make this issue a priority for the nation, because the long-term health of our economy depends on it. Decades of federal efforts to improve college quality and rein in costs through financial aid and regulation have failed. Instead, the next president should focus on creating a true market for higher education by providing prospective students with high-quality information on college quality and costs. Rather than choosing a college based on the quality of its fitness center or football team, students should be able to choose the college from which students are most likely to graduate and obtain good jobs. Among colleges that produce similar results, students should have the information that will enable them to choose the least expensive one.

By forcing institutions to compete on quality and cost rather than on expensive amenities and marketing efforts, a high-quality degree will not continue to elude so many of our nation’s young people.

Matthew M. Chingos is a fellow in the Brookings Institution’s Brown Center on Education Policy and co-author of Crossing the Finish Line: Completing College at America’s Public Universities.

Only if they learn to serve a different, less-privileged student body

Public higher education faces many threats. State funding has been reduced. Faculty, instruction, and services have been cut. Tuition has increased at twice the rate of inflation over the past three decades. Students and families face a growing and nearly unmanageable debt burden. How public higher education responds to these challenges moving forward will determine whether or not it can compete with private universities for students, faculty, and resources, and maintain instructional quality and a strong research program.

The more urgent question, however, is how these threats to public higher education will affect to the American public. The nation depends on public higher education to accommodate the growing number of high school graduates who are pursuing college, produce more graduates with high-quality degrees, generate knowledge and innovation to meet workforce needs, and instill leadership, citizenry, and democratic values in our young people. While public higher education continues to pursue each of these goals, it must do so without sacrificing one at the expense of the others.

The fastest growing populations in higher education over the coming years will be students of color, immigrants, low-income students, and students who are the first in their families to attend college. Therefore, the success of public higher education will be determined by its ability to serve a fundamentally different student body. And, ultimately, the problem is not the competition between public and private universities. It is the social stratification that will occur if we fail to pursue the right policy priorities moving forward.

Robert Teranishi is associate professor of higher education at New York University and co-director for the Institute for Globalization and Education in Metropolitan Settings.

Only if states are willing to spend the money

The value of public universities is measured in how well they fulfill their mission to expand opportunity and fuel social mobility. To maximize their value, public universities must not only maintain the quality of their academic and research programs but do so for the ever growing number of low-income students and students of color who aspire to a college education. Public universities, in other words, must pursue excellence to help secure America’s global competitiveness and democratic ideals–not as a means to outrank or out-prestige elite private universities.

But this is all easier said than done. State disinvestments in public higher education are making it harder for public institutions to serve students well. It has also shifted the burden of the costs onto students and their families. In fact, many institutions will tell you that they have gone from being state “funded” to “assisted” to “located”–and are just one step away from simply being state neglected and abused.

Going forward, we need public colleges and universities to improve the quality of their teaching and research and to control their costs along the way. We also need states to recommit to investing in higher education. But it is imperative that federal and state policymakers do a better job of targeting financial-aid dollars to make college more affordable for those students who have the least but can contribute the most to resurrecting a strong middle class. Only then will we be well-positioned to preserve our nation’s democratic ideals and compete in the global economy.

José Cruz is vice president for Higher Education Policy and Practice at The Education Trust.

Only if funding is properly restored–which is unlikely

State support for public higher education tends to be cyclical. However, the length of time to recovery following a cut in state general appropriations has been increasing. Whereas recoveries were swift in the 1980s, they slowed in the 1990s and stagnated in the 2000s. Past public campus leaders could be reasonably assured that state appropriations would eventually be restored; however, today, cuts may be permanent. Going forward, the problem is likely to get worse, since most states face structural budget deficits, and public higher education is one of the largest discretionary–and therefore cuttable–spending areas in most state budgets.

Elite public institutions can generate funds from non-state sources (such as tuition, federal grants, private giving, etc.), and political leaders can make different choices about state investments in public higher education. However, privates are likely to recover fully as endowments rebound, while publics will continue to face challenging futures with regard to state support. As such, there is likely to be increased stratification in wealth between elite publics and privates, which portends disparities in teaching and research quality.

Jennifer A. Delaney is an assistant professor of higher education at the University of Illinois at Urbana-Champaign. Her research and teaching interests focus on higher education policy and finance.

Only if they readjust to a new normal and get competitive

America’s public universities face unprecedented challenges. In the wake of the economic recession and the resulting budget crises, states have cut higher education funding. At the same time, the nation’s expectations for higher education have grown, with President Obama warning that our economic competitiveness will suffer unless our colleges and universities produce more graduates. College leaders are being asked to do more with less.

In response to these new demands, most institutions have made small changes and battened down the hatches in the hopes that funding will return to normal. Public colleges have raised tuition to make up for lost revenue, made across-the-board cuts, and frozen hiring. These changes may help in the short-term, but they do little to prepare existing institutions for a “new normal” of tight budgets and high expectations.

To the optimist, the crisis also presents an opportunity for public institutions to rethink their core business and the way they operate. For many institutions, this will mean drawing a distinction between research and teaching. The top research universities–those that were created to do research–should continue to focus on their strength: attracting the resources and talent necessary to produce critical scientific breakthroughs. Public and private funders should reward institutions that take steps to ensure that research dollars go to actual research rather than administrative overhead.

Outside of the top research universities, though, many public colleges that were originally built to teach undergrads have sought to expand their research mission. In an effort to bolster their prestige, these teaching institutions have tried, often unsuccessfully, to mimic flagship campuses. This mission creep has taken away from undergraduate teaching while simultaneously making it more costly to deliver.

Instead, public institutions should use the current financial crisis to refocus on their traditional comparative advantage–providing lower-priced education that has a significant payoff in the labor market. In the absence of more public funding, the key is to leverage innovations like online delivery and competency-based assessment to build capacity, reduce tuition prices, and tap new markets. Rather than close the doors because there are not enough seats in the lecture hall, leaders should ask how they can use online courses to serve more students at the same level of public subsidy. Instead of resisting efforts to measure student learning and the labor market success of their graduates, public institutions should welcome opportunities to show that they provide a substantial return on investment.

If public, teaching-focused colleges fail to embrace these new imperatives, innovative, low-cost options–from massive open online courses (MOOCs) to competency-based institutions like Western Governors University–will take over large chunks of their market. This competition is a good thing; it provides entrepreneurial public sector leaders with an incentive to blaze a new trail in undergraduate education.

Andrew P. Kelly is a research fellow in education policy studies at the American Enterprise Institute.