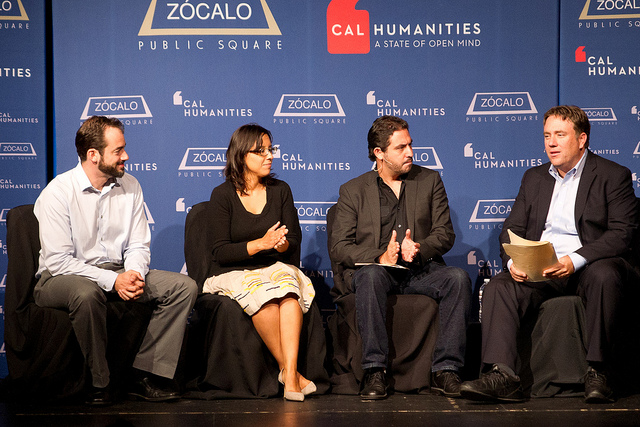 Thomas Jefferson famously said that the price of freedom was vigilance; he was also quoted as saying he’d rather have newspapers without government than government without newspapers. (Once in office he claimed the latter was a misquote.)

But in a world where traditional media is under fire, and the way we get information is in a period of rapid transition, what does vigilance mean? Zócalo editor Joe Mathews, a fellow at the Center for Social Cohesion at Arizona State University, opened a Zócalo/Cal Humanities “Searching for Democracy” event at the San Diego Museum of Art by directing this question to Bernardo Ruiz, the director of Reportero, a new documentary about the Tijuana newsweekly Zeta.

Ruiz said that vigilance, in his work, is about depth. Ruiz made Reportero because he felt that so much U.S. news coverage about the drug war seemed to lack context, background, or history. “It felt like rubbernecking, body-count journalism,” he said. With over two years to spend telling his story, he could get a strong feel for the place and for the institution that is Zeta in order to tell a deeper narrative.

Mathews asked if, given the pressure on reporters around the world and the danger facing Zeta reporters in particular, we are expecting too much of professional journalists.

Ruiz said that the reporters he profiled see themselves as regional reporters just doing their piece. But they don’t think Americans are asking enough of U.S. reporters covering the drug war. For the media here, Ruiz said, drugs seem to disappear when they enter the U.S. He said that Zeta reporters would want to know who’s focusing on the drugs here in the U.S., who’s following the money, and who’s telling the big story and the smaller ones.

But, asked Mathews, turning to Carrie Lozano, an investigative journalist and collaborative reporting expert, do existing American media have the resources to get at these tough stories?

Lozano, who works for the Investigative Reporting Program at UC Berkeley, said that her boss Lowell Bergman (an investigative reporter on whom Al Pacino’s character in The Insider was based) “says investigative reporting is not nonprofit, it’s anti-profit.” No organization, said Lozano, has ever had the resources to spend the two years it takes to put together an investigative story. But while it’s true that local watchdog media is hurting, she doesn’t think we’re losing vigilance; instead, it’s changing form, with media like documentary filmmaking stepping into a void.

Mathews, a veteran of a number of newsrooms, asked Lozano to explain how collaborative journalism works. “Playing well with others was not a strength of the people I worked with,” he said.

Lozano said that traditional newsroom culture is extremely competitive, but collaboration is a necessity both because of money and because of an increasingly fractured audience. As to cantankerous reporters? “I think in the news industry we need to put a lot more effort into teaching teamwork in the way that other businesses do, and into teaching leadership,” she said.

Scott Lewis, the CEO of nonprofit news organization Voice of San Diego, said that collaboration is vital at a small institution like his. He said that his organization’s goal is to find the stories they can cover best and to accentuate and push out the stories by others who are covering other subjects best. He said that working with radio and television allows all the different media to work together to get stories out.

Mathews asked Lewis if he felt Voice of San Diego was in a position to fill a void being left by The San Diego Union-Tribune, which has been embroiled in controversy over its new owner’s push to abandon impartiality and support his own specific agenda.

Lewis answered that his institution—which he said had a budget of a little more than a million dollars a year—isn’t necessarily in that position. But as a society, we already know how to fund big cultural institutions—like museums, theater companies, and universities—publicly. He thinks we can figure out how to do the same with newspapers. The trouble, for now, is that people don’t miss investigative journalism when it’s not around. As he explained, “You don’t know what you don’t know.”

Mathews asked if perhaps citizens can help fill these gaps, with the rise of social media and technology like smartphones. “Journalists have always used the crowd,” said Lewis. “They put out a story knowing full well that the responses are more valuable than the story they put out, in order to see what the truth is.” So while this is a continuation of a longer tradition, Lewis believes that the pressures on journalists and the transitions are also forcing journalists to focus more on the educational aspect of reporting—educating readers so they can understand the full story better.

Lozano pointed to the success of The Guardian in the U.K., which is “less squeamish” than American journalism organizations when it comes to engaging citizens and has worked with citizens on a large scale on to help go through public documents.

People and foundations are also getting more comfortable with the idea that newspapers are a public service, and nonprofits have an easier time pleading to a community for support than does the commercial media.

“Can you be doing journalism within government?” asked Mathews.

Lozano, who worked in government during the Clinton administration, said no. But Lewis said that there is a place for certain reporting within organizations, be it the government or NFL.com, for instance, which publishes analysis and opinions. “Perhaps we can drop the complaint that we’re not covering good news and let them cover their own good news,” he said—which also frees up resources for hyper-vigilance.

Ruiz said that he believes if people are up front about where their support is coming from—and most commercial organizations have never been up front—there’s room for a lot of different institutions, including NGOs, to provide news.

Journalistic ethics are also in flux in the moment. Lewis said that journalists have always talked about rules and ethics among themselves—but they’ve rarely bothered to explain them to the public. New organizations, on the other hand, have to talk constantly about why they should be trusted.

In the question-and-answer session, an audience member asked what journalism will look like in 2020. “The new reality is probably pretty much constant evolution,” said Lewis. We have no way of knowing what 2020 will look like, but the changes won’t be all bad, or all good: “We’re going to watch it get better and worse.” 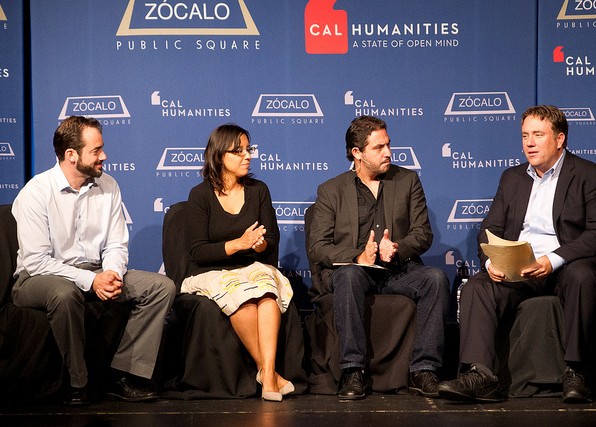 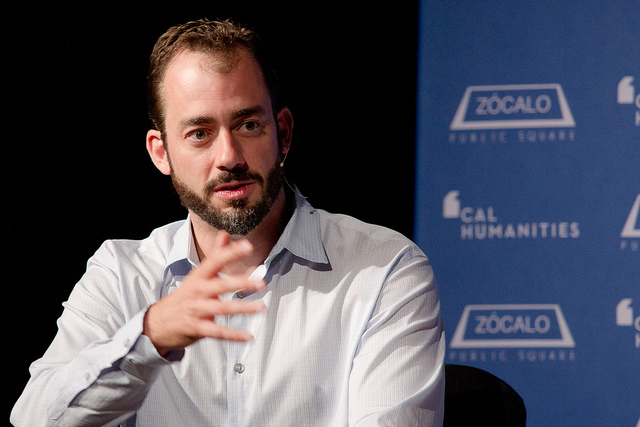 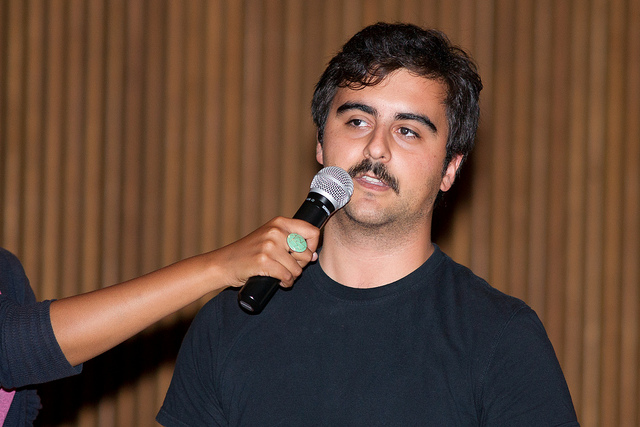 In the question-and-answer session, an audience member asked what journalism will look like in 2020. 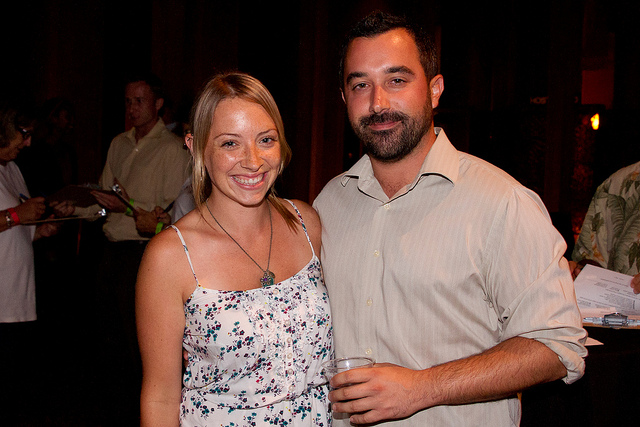 At the reception at the San Diego Museum of Art