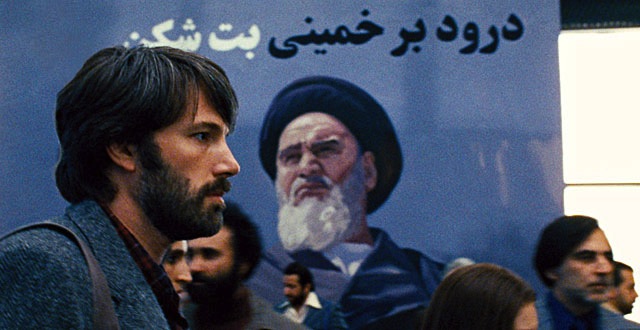 On November 4, 1979, Iranian Islamic radicals overran the grounds of the U.S. Embassy in Tehran and captured the diplomatic personnel inside, kicking off a crisis that would last 444 days. The images of blindfolded Americans being paraded around by their captors still haunt us 33 years later. NBC News dispatched me to Tehran four days into the crisis, and I remained in the Iranian capital for the next 66 days, until Iran kicked all western journalists out of the country.

Now, actor-director Ben Affleck has brought a strange chapter of that crisis to the screen in the movie Argo, a taut nail-biter that brilliantly details the rescue of six Americans who managed to evade capture at the embassy grounds. They found an ally in Canada’s ambassador to Iran, Ken Taylor, who hid them for almost three months. In a move that was known as the “Canadian caper,” Taylor arranged for the hostages to be spirited out of Iran—“exfiltrated” in CIA lingo. Affleck plays the mastermind of that caper, CIA operative Tony Mendez, who hatched a scheme calling for the Americans to pose as a Canadian film crew scouting desert locations for a sci-fi movie called Argo.

At the time, Mendez created a phony production company in Hollywood that amped up buzz for the movie project as a way of enhancing the cover for the Americans in Tehran. Using fake identities and passports supplied by Canada, Mendez and the six Americans flew out of Tehran on January 28, 1980, almost a year before the hostage crisis finally ended with the release of the 52 remaining Americans.

Many of us in the press corps in Tehran during the early days of the crisis had an inkling that some of the U.S. embassy personnel might have eluded the revolutionaries and gone into hiding somewhere. When we compiled lists of the known hostages, the names and numbers didn’t quite add up. Some people were obviously missing in action. After consulting with our bosses at NBC headquarters in New York, we all agreed not to report the story, figuring that any publicity about the unaccounted for Americans could put their lives in danger. (I wonder, given today’s media climate, with 24/7 cable news and squadrons of bloggers and Twitterers, whether it would be possible to keep the lid on that sort of thing. I doubt it.)

Canadian Ambassador Taylor proved to be an affable gent who frequently met with journalists for background briefings. Naturally, he never let on about his house guests. In January 1980, Taylor told me that the Canadians were about to close up shop and presented me with a bottle of Scotch from the embassy bar. I accepted the gift eagerly, since the authorities of the Islamic Republic had banned all sales and possession of liquor. (Some of us in the press corps would hide our stash of booze in the air conditioning intake grilles in our rooms at Tehran’s Intercontinental Hotel.) I only later discovered that the reason the Canadians were closing up shop was that they were about to enable the escape of the six Americans.

I’m glad to see that Taylor (played by Victor Garber in the film) is still alive and well at age 77. He’s not happy, though, about the way Argo underplays Canada’s role. “The movie’s fun, it’s thrilling, it’s pertinent, it’s timely,” Taylor told the Toronto Star. “But look, Canada was not merely standing around watching events take place. The CIA was a junior partner.” Affleck heard of Taylor’s unhappiness and took a meeting with him in Los Angeles. What resulted was a postscript tacked on just before the movie’s end credits: “The involvement of the CIA complemented efforts of the Canadian Embassy to free the six held in Tehran. To this day the story stands as an enduring model of international co-operation between governments.”

As one who was there, I have to observe that most of Argo rings true, in spite of the short-changing of Canada and some dramatic license in the film as the Americans get ready to fly out of Tehran and the Iranian Revolutionary Guards begin mounting a pursuit. The crowd scenes, with enormous mobs of Iranian demonstrators chanting “death to America,” are compellingly staged and mirror the news footage that we shot in front of the U.S. Embassy in Tehran. We soon discovered the demonstrators loved to perform for the TV cameras, switching their chants from Farsi into English when the American networks showed up.

On one occasion, a revolutionary was trying to teach the mob to chant “down with the cabinet of the U.S.A.,” but the non-English speakers weren’t getting it. As the bearded cheerleader gave up in disgust, I said to him, “Next time, why don’t you try ‘Down with the IRS’?” I don’t think he took the advice.

In Argo, the tension of the crisis is well sustained, and comic relief is supplied by Alan Arkin and John Goodman, who play two Hollywood production guys roped into the CIA cover operation. I suspect, come Oscar time, that Mr. Affleck and his collaborators on Argo have a good chance at some statuettes. And if Ken Taylor and I ever cross paths again, I’m going to repay the bottle of Scotch.