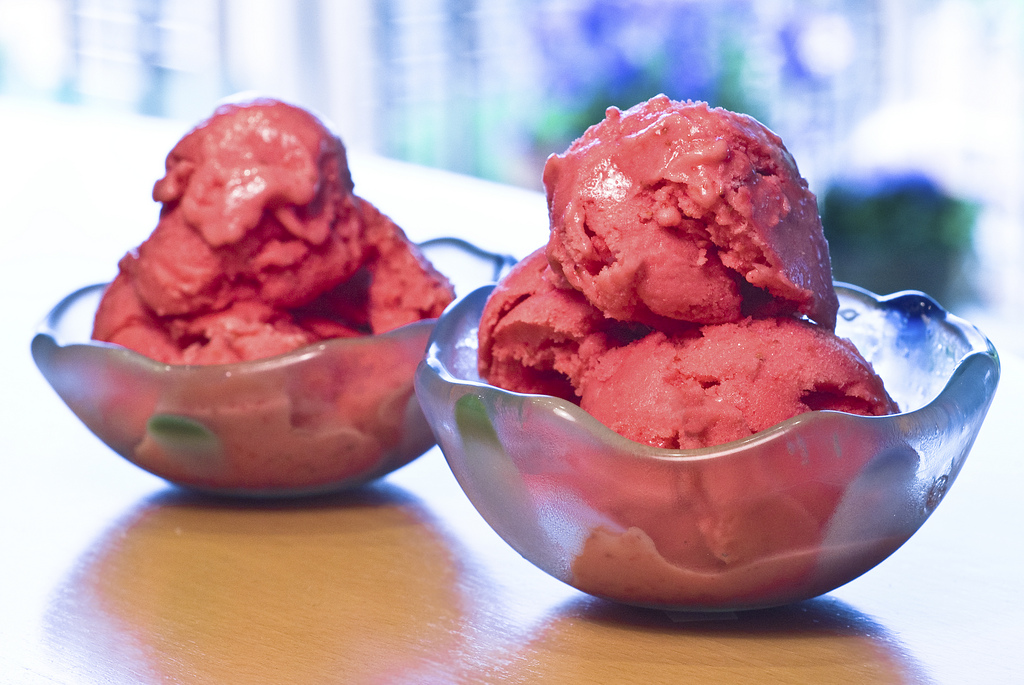 In 1981, I was 7, in love with Rick Springfield’s “Jessie’s Girl,” and so sick and sweaty and miserable that I woke myself from sleep in tears. When my mom asked me what was wrong, I told her my throat hurt—but “my other throat.” That was my best effort to describe the swollen, inflamed, and painful experience of having tonsillitis. After days of this, my mom had had enough. She bundled me up and drove me 45 minutes to the closest Kaiser clinic.

We reached Kaiser, I had my vitals tested, my temperature taken, and a throat depressor and pin light used to analyze my tonsils. My tonsils weren’t that bad, the doctor said. Take some antibiotics and go home and rest. But I was very disappointed. I wanted those tonsils out.

You could blame TV for this. By age 7, I’d absorbed the TV-rerun trope of the tonsillitis episode. It always ended with Cindy Brady, Eddie Munster, or the Fonz in bed without tonsils and with a big bowl of ice cream. As far as I could tell, there was little risk and a big reward. My pain could be replaced by mint chocolate chip. But now the verdict from Kaiser was in—and it was depressingly ice-cream-free.

For years afterwards, every time I got a cold, my tonsils got inflamed, and I blamed Kaiser for being too cheap to yank them. I spent a few decades believing that I’d received subpar care. Actually, though, what we need is precisely more doctors like the ones who treated me at Kaiser.

If you want an example of avoidable, wasteful care, tonsillectomies are Exhibit A. Dr. David Goodman of the Dartmouth Atlas, which measures variability in care and healthcare costs, has gone so far as to call tonsillectomies “a silent epidemic of unnecessary care,” according to an article in The Washington Post.

Here’s what he’s talking about: Between 1996 and 2006, the number of tonsillectomies performed in this country spiked by 74 percent. About half a million children will have a tonsillectomy this year, making it the most common surgery performed on children requiring general anesthesia. It’s held that title for a century.

According to Goodman, few, if any, of the supposed benefits of the tonsillectomy are backed up by science. This is where The Brady Bunch collides with our heavy healthcare burden—and where we as consumers of healthcare have to make some decisions. Do we go with what’s always been done, to alleviate temporary pain? Or do we take a risk, wait and see, and avoid skyrocketing healthcare costs and unnecessary care?

Awareness of the arbitrariness of tonsillectomies goes back decades. In 1938, Sir Allison Glover, an English doctor researching the procedure and its use, found that the rate of tonsillectomies depended almost entirely on each doctor’s preference. In the 1960s and 1970s, Dr. Jack Wennberg, a pioneering health researcher, found the same thing: In one Vermont town, 70 percent of the children had their tonsils out. In the next town over, only about 20 percent of the kids did.

What gives? According to Dr. Wennberg, in a transcript from a 2008 interview with the Dartmouth Institute for Health Policy and Clinical Practice, the culprit was the doctor. A surgeon who’s a proponent of a certain kind of surgery can influence a family’s decision of what to do. And with a lack of double-blind randomized-controlled trials on tonsillectomies to back up or guide doctors on how to proceed, we’ve all continued to fly blind.

Now, for some kids, there does appear to be a marked and measurable improvement in quality of life after tonsillectomy. But for kids like me—kids with pain and trouble swallowing, but no recurrent infections and no trouble sleeping through the night—a tonsillectomy is going to cut the average number of sore throats from three per year to two. That’s right: For a cost of anywhere from $5,200 in 2007 to $6,082 per procedure in Iowa in 2011—somewhere between $2.6 billion and $3.04 billion a year—a tonsillectomy can save your child from having one sore throat, according to a 2009 review of the medical literature by the Cochrane Library.

And that’s not all of it: Tonsillectomy is a major surgery, requiring children to be put under general anesthesia. The American Academy of Otolaryngology found that about one in 16,000 people who have tonsillectomies die from complications.

“Simply counting spending, in the narrow financial sense, misses the real cost of giving patients care that they may not want,” says Amitabh Chandra, a healthcare economist at the Kennedy School of Government at Harvard University. “Tonsillectomies are a metaphor for a wide range of treatments, such as radical prostatectomies, where the side effects of incontinence and impotence likely swamp the dollar cost of the treatment.”

By the time I developed tonsillitis in the 1980s, tonsillectomy rates were at their lowest in history. But they’ve since rebounded. Goodman, of the Darthmouth Atlas, believes it’s provider bias that accounts for the surge in operations. Another factor is patients: They, or at least their parents, want the treatment. As Dr. Emily Boss, assistant professor of otolaryngology at Johns Hopkins University and a pediatric ear, nose, and throat surgeon, told me, “What we don’t capture [in the research] is what it’s like as a surgeon to sit across from a family with a child who has significant breathing problems and is tired all the time.”

Many of these families are made up of people like me (or a younger me)—people who equate more care with better care. I spent every winter for years cursing Kaiser, insisting that they’d done me a disservice in the name of cutting healthcare costs. Then, one winter a few years ago, I spoke to a nurse who suggested that it was the cold medicine I was taking that was causing the inflammation because it was drying out my throat too much.

I changed medicines and haven’t had a tonsil infection since.

So now I know that appropriate care, in my case, was less care. But for most of us it’s very hard to tell. “Healthcare is almost the only industry in the U.S. where people can’t tell great service from bad service,” said Gerald Kominski, professor of health policy and management at the UCLA Fielding School of Public Health. “If healthcare were cell phones, you’d have people out there with iPhones and people with those old phones the size of a brick. And people would be saying, ‘No no no. I like my brick. It works great. I need it.’”

Plus you can sell a lot to a kid if you offer ice cream.