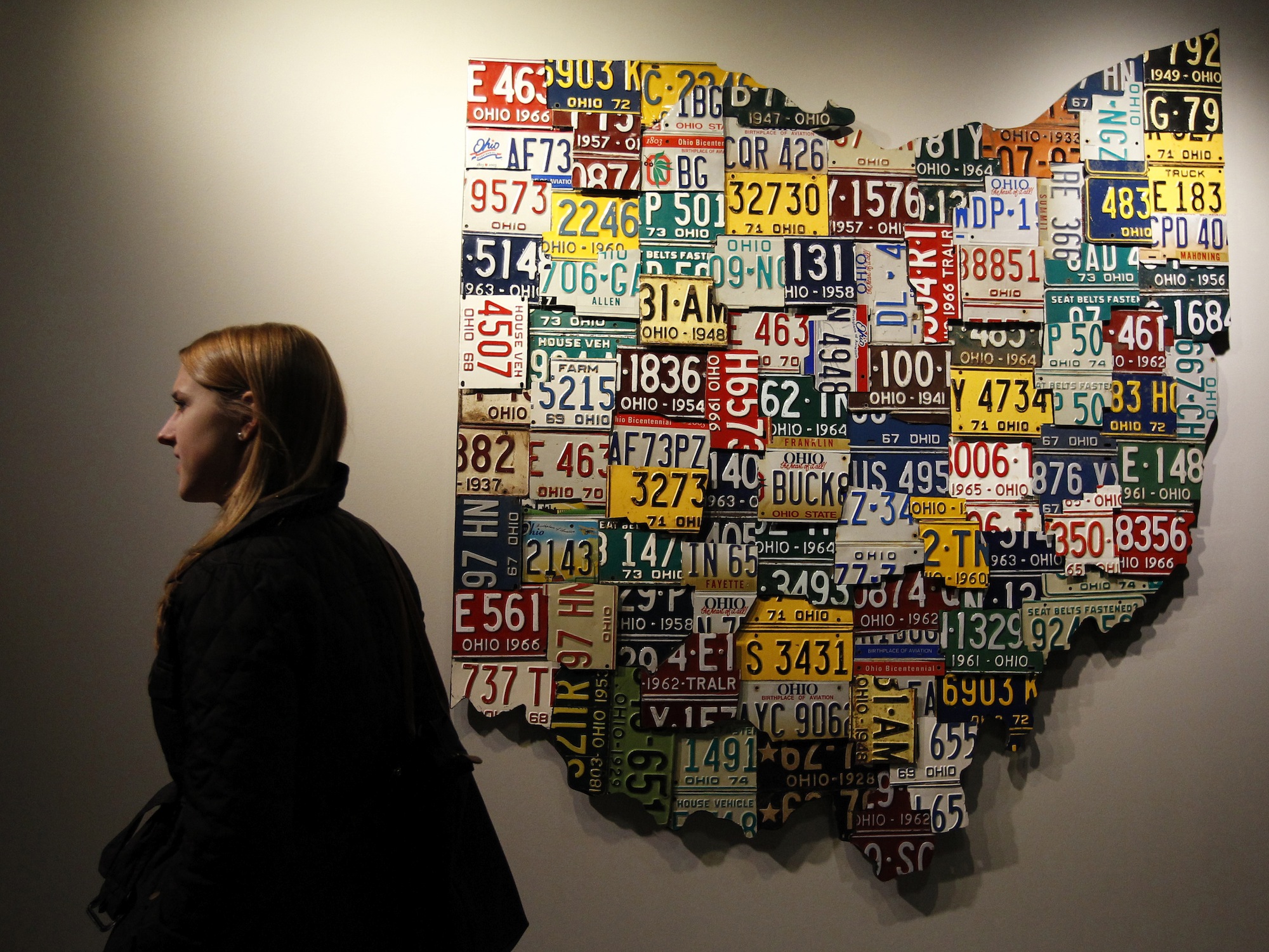 Even standing this close to the country’s electoral heart, it’s hard to hear much of a democratic heartbeat. The presidential election, experienced in this proximity, is less a living thing than it is a big, loud machine that drowns out other noises.

I wasn’t expecting the campaign to be so machine-like. I came expecting something more human—and more like a party. After all, this is the place where everyone comes. Among my fellow temporary inhabitants of Columbus over these 48 hours were presidential candidates, celebrity endorsers from Springsteen to Jay-Z, the nation’s leading political professionals, its most eager volunteers, its top media people, its most strategic activists, and political enthusiasts of all stripes. I traveled here with a small group of foreign journalists, scholars, election administrators, and activists who were eager to see an American election up close.

Our group was lucky enough, with the help of a brilliant young political strategist, to meet with smart, public-spirited Ohioans of all sorts.

We learned a ton. We saw firsthand that Ohioans take their outsized role in the presidential campaign very seriously. Perhaps too seriously. We saw few smiles. No one seemed to be having fun. The political pros and activists and elected officials seemed beyond exhausted after a long, unrelenting campaign. The poll workers and election administrators were tense and anxious, painfully aware that, in the heart of a presidential election, even an innocent mistake could make one nationally infamous. The voters diagnosed themselves as sufferers of political PTSD—the bombardment of TV and radio ads, of nasty mail, of endless calls from campaigns just wouldn’t stop.

“I got myself on that Do Not Call List,” said the 20-something guy who rented me a van at Hertz. “But the campaign people keep calling me anyway.”

His hope—indeed the most fervent hope we heard—was for the election to be over.

What had gone wrong? Everyone had a different story, but they all sounded the same: the election was an isolating experience. For those working for campaigns and parties, the unrelenting pace had kept them away from spouses and children and friends and high school football games. The election officials couldn’t talk long, they told us, because they would have to go off to consult with lawyers or appear in court for yet another election-related lawsuit. Voters wanted the phone calls and the TV ads to stop, so they could return to a quieter home life and more conversation with their families.

The whole thing felt dehumanizing. An election that was supposed to connect us as a country had made us lonely instead. When we met him, Ohio Secretary of State Jon Husted, a Republican who has been caricatured by the left as a partisan devil, turned out to be a warm, reform-minded, and very frank public servant who despaired at what’s happened to American democracy and didn’t spare his own party in apportioning the blame. The problem, he said with passion, is that in elections, “winning has become more important than our country.” He was right obviously—elections should be about debate, the value of democratic participation, and expressing our ideals. But you can’t say this sort thing in today’s America without apologizing for your own naïveté.

My friend and traveling companion Bruno Kaufmann, a journalist and the election commission chairman in the city of Falun, Sweden, remarked that the American election system, viewed up close, resembled nothing so much as the American healthcare system. Americans spend more money than anyone else on our elections, just as we spend more money than anyone else on healthcare. We congratulate ourselves on having the best political and healthcare systems in the world, with the best technology and plenty of choices. But in practice these systems accentuate conflict. They leave individuals to fend for themselves. And all the international surveys show that, for all the resources and time and effort these systems gobble up, America isn’t any healthier, or more democratic, than the rest of developed world.

From the vantage point of Columbus, America looks like one seriously confused country. Just as we confuse doctors and hospitals and insurance with health, we confuse elections with democracy. Democracy is really about culture—civic culture, which is about connection and conversation. An election system that isolates us from one another isn’t democracy at all. It’s the opposite of democracy.

We are election-rich and democracy-poor. The presidential campaigns literally have more money than they know what to do with, but they keep sending emails asking for $5 and $10 donations. (These emails are written to sound as though the campaigns care what you think, but one of my foreign traveling companions replied to Obama campaign emails with suggestions for the campaign—and was disappointed when he didn’t receive any response or acknowledgment. On behalf of my fellow Americans, I patted him on the head).

I kept asking people here: what civic infrastructure, what connections, what civic engagement will this election create that will live on beyond November? I never got much of an answer to that question. Even the much-touted voter contact programs of the Obama campaign are expected to vanish. The political machine sees voters—quite literally in the language of 21st-century campaigns—as “targets” for a single election, not as citizens who should be part of a larger, ongoing conversation.

All this makes the election feel too big, too large in scale for human touch. My lasting image of these days in Ohio is of Mitt Romney’s campaign jet trying to enter an airport hangar where a huge rally was taking place. The jet’s pilot tried once to enter the hangar, but couldn’t. He tried again, but it became clear the jet was just too big. So the jet parked with just its nose inside the hangar, and, as Romney popped out, the loudspeakers blared the campaign’s chosen music for this occasion: Aaron Copland’s “Fanfare for the Common Man.”

The Common Man, trying to participate, was easily frustrated when he or she tried to engage in this election. When we arrived at the Driving Park Recreation Center, in a tough neighborhood south of Columbus’ downtown, Ilene Brooks, a former state worker on disability, was trying to vote and not getting anywhere. Her problem was that she had moved recently—just two blocks down on the same street. And while her address on the voting rolls was accurate, the driver’s license she was required to show as ID still had her old address.

She was given a provisional ballot but didn’t want one because she was unsure it would be counted. She explained herself, very reasonably. Other voters who knew her recognized her. So did one of the election officials. It didn’t matter. She cast a provisional ballot and left, frustrated and angry.

It’s not supposed to be this way. American elections are not standardized and don’t meet some international standards, but they have always had a saving grace: they are community affairs. We vote where we live, with neighbors (the poll workers) helping other neighbors (the voters). But now the political machine—and its laws, and the perpetual contest to win our elections—is so big that it reaches into our communities and restricts these most basic of democratic interactions.

It was enough to make me feel like a stranger, too, here in the political heart of my own country. People had been very nice and generous with their time, and I resolved to come back and visit new friends. But I wanted to escape Columbus for someplace, anyplace else. And so, before the sun set on Election Day, I boarded a small bus for Detroit.