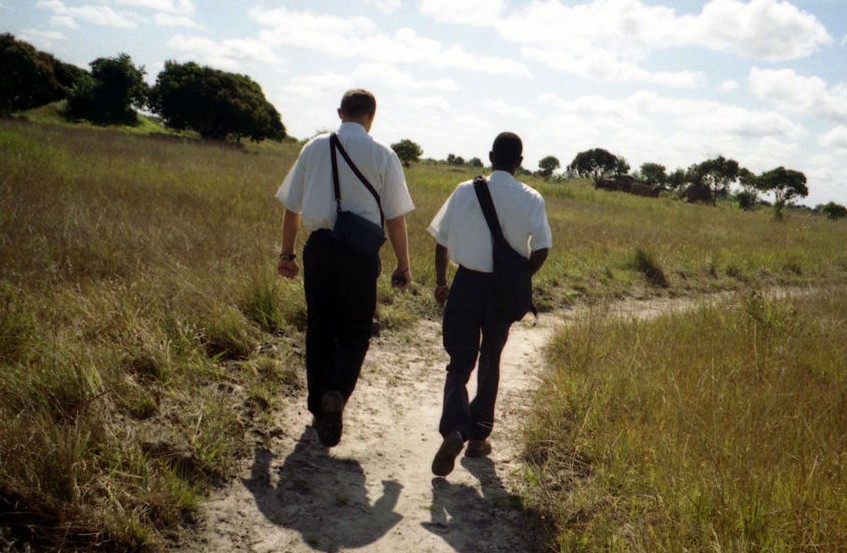 Now that the votes have been counted, how should Mormons feel about the consummation of the Romney era? To be frank, the emotion many Mormons—and certainly this one—feel is exhaustion. While there have been Mormon moments scattered throughout the 20th century—the whiskey-less 2002 Salt Lake City Olympics, the ascendency of the Osmonds, various raids on various polygamist groups—no Mormon moment has drawn as much attention upon our faith as Romney’s run did. Things even got to a point where one chapel in suburban Washington, D.C. was hosting cameras from multiple news teams during Sunday worship.

The church’s reaction to this Mormon moment has been especially uneasy, and therein, perhaps, lies the exhaustion. During the Winter Olympics, Gordon B. Hinckley, the president of the church, declared that his church would welcome the world and make “no attempt whatever to create a perception that these were the Mormon games.” He hoped simply to prove that the Mormon Church could be warm and hospitable. This fit nicely with one of Hinckley’s priorities during his 13 years as church president (which ended in 2008 with his death): to make his flock better neighbors, more open to the world, less clannish and insular.

On the face of it, Romney handed the church an opportunity to further precisely this goal. Romney’s run was supposed to help erase misconceptions and show that Mormons are worthy American citizens. Instead, Mormons have been distressed to learn how odd the rest of the country seems to believe they are, and the church has faced a delicate dance as it negotiates the politics of one of its own making a credible bid for the presidency.

To understand the first complication, one must grasp the extent to which Mormons do not usually feel out of place in America. While a small number of Mormons might long for a revival of the faith’s 19th century communitarianism and cultural differentiation, the late 20th century saw the Mormons embrace thorough assimilation into the mainstream consumerist, capitalist culture. Mormons write bestselling vampire novels; they play in the NBA; and they buy their white shirts and skirts at Nordstrom, the Gap, and J. Crew. Many conservative Mormons believe that their faith teaches them to embrace American capitalism; many Mormons of all political persuasions believe Joseph Smith’s teachings that the American Constitution was divinely inspired. We’re a religion of hyper-Americans.

This is why it was so jarring to suddenly realize that the rest of the country still seems to think of Mormons as “other,” if not to say downright weird. Every few weeks this year there was a media spasm about one Mormon peculiarity or another: proxy baptisms for the dead, the church’s ongoing struggle with racism, its possession of significant financial investments, Mormon underwear, the idiosyncrasies of Mormon theology. To be sure, many of these things warranted a serious look. But they did not mean that Mitt Romney as president would seek to alter the United States in any fundamental way. (And maybe too bad that he wouldn’t: many of Mormonism’s flaws—its vulnerability to the prosperity gospel, its comfort in making absolutes out of its own cultural insularity, its lapses into jingoism—reflect those of the nation.)

Mormons, for the most part, genuinely believe that they are Christian, genuinely believe that their theology is clearer and more rational than traditional creedal Christianity, and genuinely find baptism for the dead a touching expression of their church’s confidence in the importance of family and community. That other Americans are more skeptical—and that they express it with such vehemence, even in the generally restrained pages of The New York Times—has been a rude awakening. It inspires an instinctive, tribal defensiveness. I know many left-leaning Mormons who didn’t plan to vote for Romney and yet winced on his behalf whenever he got thumped.

And now Romney has been nationally thumped. There are plenty of reasons why Romney didn’t prevail yesterday, and Mormonism wasn’t necessarily an important one. But it’s no longer possible to believe that his campaign made the national campaign trail more alluring to future Mormon candidates. If anything, awareness of Mormonism’s cultural difference seems only to have been heightened by Romney’s quest.

Certainly, things could be worse. In the 19th century, everybody from the feminist Elizabeth Cady Stanton to the dull Democratic president Grover Cleveland was convinced that the Mormons were creating a degenerate and tyrannical society in Utah that should be quashed with military force if necessary. Today most Americans simply find Mormons nice—if rather naïve, stiff, and a bit too comfortable with authority.

But the bright view darkens dramatically as soon as Mormonism is seen as having any role in politics. Cleveland sent federal marshals to Utah in the 1880s—not only because of outrage over polygamists, but also because of fears that Mormonism was turning Utah into a theocracy. Mormons have long since reduced their hold on government, but every now and again the leaders of the church weigh in on some aspect of politics—such as the anti-gay marriage Proposition 8 campaign in California in 2008 (which the church supported) to an Arizona-style immigration bill under consideration in the Utah state legislature (which the church opposed). And when the church does weigh in, it always generates backlash—on the left, in the case of Prop 8, and on the right, in the case of the immigration bill. And both of those issues were simply state laws. If the church had weighed in on policy during a Romney presidency, imagine how much more backlash it would have faced.

Because Romney had such broad Mormon support, it’s worth remembering here that there was a significant, and vocal, minority of Mormons who disagreed with his politics, worried about his impact upon the church, or simply disliked the fact that he embodied so many of the stereotypes that the church has worked so hard to drop—of being awkward, stiff, white-suited, businesslike, aloof. They voted for Obama. But even among Romney supporters, there was concern that having Romney piped into Americans’ homes for the next four, or eight, years might perpetuate, rather than alleviate, that sense that Mormons are different.

Romney’s candidacy was a watershed, and a majority of Mormons undoubtedly wanted him to win. But, just as surely, some large faction of Mormons are breathing a sigh of relief that one of their own had to give a concession speech—that the spotlights are being turned off and packed up.