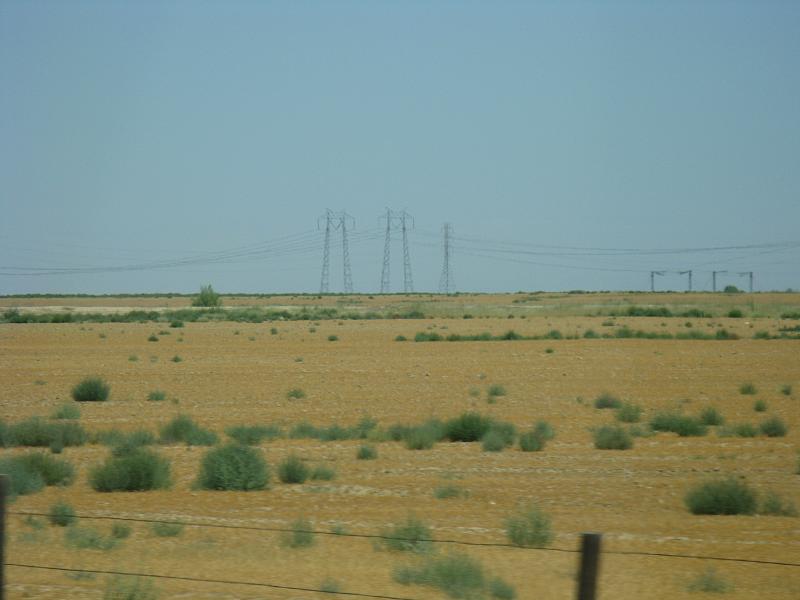 It takes a special kind of doctor to practice in California’s San Joaquin Valley.

It’s one of the state’s sickest regions, with high rates of obesity and diabetes and an epidemic of asthma. It’s one of the poorest regions in California, which hardly makes it lucrative for new doctors looking to pay off student loans. And it has the worst air quality in the country.

Not surprisingly, the Valley has far fewer primary-care physicians and specialists than are recommended by nationally recognized benchmarks. Where the recommended number of primary-care physicians is 60 to 80 per 100,000 people, in the San Joaquin Valley that number is only 45 per 100,000, according to a 2010 California HealthCare Foundation report.

That’s why I listened with particular interest to an NPR report earlier this year about Benjamin Anderson, CEO of a health center in rural, southwest Kansas. Like the San Joaquin Valley, Anderson’s corner of Kansas doesn’t naturally attract scores of physicians. It’s an agricultural community of about 900 people, located about an hour from the nearest Walmart, two hours from a Starbucks, and three hours from a big city, Wichita.

Yet Anderson has managed to turn around his organization, the Ashland Health Center, and improve service to his community. When Anderson joined Ashland almost four years ago, it was in a fragile position. Employee turnover was high, morale was low, and finances were upside down. Since then, Anderson has recruited one nurse practitioner, one physician assistant, and two doctors to join a solo mid-level provider.

I called Anderson to learn more about his approach. He told me there are four types of doctors that are willing to work in medically underserved communities: There’s the local person, who was born and raised in the area. There’s the foreign physician, who earns a work visa, stays for the required amount of time, and then transfers to a more desirable location, like San Francisco. There’s “the troublemaker,” a doctor with personality or quality issues who is tolerated in communities where the need for medical professionals is dire. And then there’s the mission-driven idealist.

It is doctors in this last category for whom Anderson searches. These are people who feel called to care for the underserved, both locally and abroad. To sweeten the deal, Anderson offers even more of the same: time off to practice in other parts of the world. All of his medical staffers get eight weeks of paid leave each year, and many have used it to provide healthcare and service in Africa, Asia, and Latin America. “We appealed to the physicians’ sense of mission,” Anderson explained. “If you’re willing to live and serve in a mud hut in the African bush, chances are you don’t need a Nordstrom or a Starbucks or a big airport nearby. You’re there to serve.”

I asked Anderson if he thought his approach would work in the San Joaquin Valley. “I think it works really in any underserved area, and the Valley is no exception,” Anderson said. “The same people that want to serve internationally in developing countries have a heart for people here.”

To be sure, the Valley already has several excellent, innovative programs at the high school, college, and medical school levels that are designed to train doctors to treat the region’s specific healthcare needs and diverse communities. This fall, Governor Jerry Brown signed AB 589, which creates a scholarship to help cover the cost of medical school tuition for doctors who commit to practicing for at least three years in one of the state’s more than 200 medically underserved areas. (The bill’s sponsor, Henry T. Perea, told me he hoped it would “spur more homegrown doctors to seek their medical training and then come back home.”)

But when it comes to retaining doctors in a place like the Central Valley, I agree with Anderson: The doctor who will stay has to be someone with a mission—someone who is driven by compassion and a desire to care for poor families, immigrants, and agricultural workers.

It’s someone like 20-year-old Stephanie Huerta, who grew up in Caruthers, a small, agricultural community in Fresno County. While a student at Caruthers High School, she participated in the UCSF Fresno Doctors Academy, a rigorous program intended to prepare Valley youth to become culturally and linguistically competent health professionals for the medically underserved region.

“It’s always been my dream and my passion to come back,” said Huerta, who today is a junior in college and on the pre-med track at UC Santa Cruz.

She knows doctors in the Bay Area are paid more, but she’s felt her home region’s need for doctors personally. She remembers long waits in the doctor’s office when she was pregnant with her daughter and an endless wait in a Valley emergency room when her fiancé broke his nose. “It’s not just about money,” she said. “It’s about caring for people.”

And it’s someone like medical student Agustín Morales, the Mexican-born son of immigrant strawberry pickers. In 2011, he joined the first cohort of the UC Merced San Joaquin Valley Program in Medical Education, a collaboration between the University of California, Merced, and the UC Davis School of Medicine. “I think that the level of quality and access [to healthcare] should be the same, whether you are the CEO of a company or you are a farm laborer, just like my mom or any of my relatives,” Morales told me last year. “We all deserve to be treated with dignity.”

Doctors and students like Huerta and Morales would probably be receptive to a San Joaquin version of the incentives Anderson is trying out in Kansas.

Certainly, Anderson admits his approach to recruiting doctors is not traditional. “It really rides the edge of many people’s comfort level,” he told me. But it’s been successful. We need a fresh approach to recruiting and retaining health professionals, and Anderson’s tactic may be an effective way to attract young, passionate doctors to rural areas.

“From my experience, millennials are more driven toward issues of social justice than any generation in American history,” Anderson said. “If you can appeal to their sense of mission, you’ll attract them. No amount of money replaces that.”