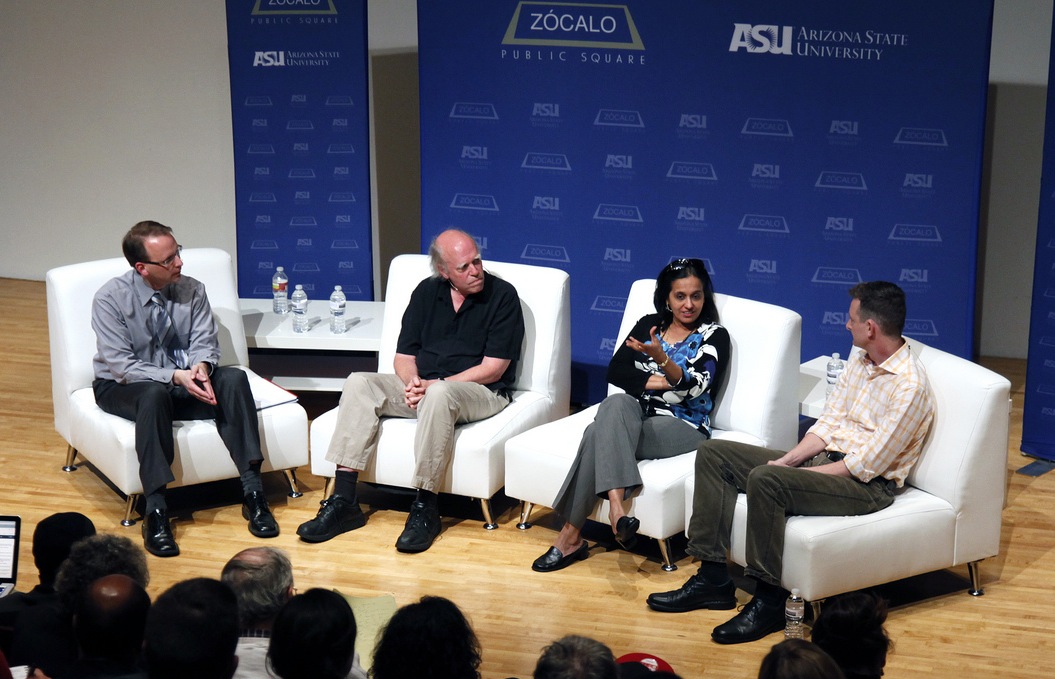 Video games have practically limitless potential to teach our children about everything from math and history to gender roles and spatial skills—but we’re still figuring out how to harness their power, said a panel of experts in gaming and education, at an event co-presented by the Arizona State University Mary Lou Fulton Teachers College at MOCA Grand Avenue.

James Gee, a linguist at the ASU Mary Lou Fulton Teachers College, opened the conversation—in front of a full house, with overflow audience watching from a nearby simulcast room—with a caveat. Depending on how you play, he said, you can waste your time with a game, just as you can with a book. Yet games, said Gee, “are essential for learning.” Neuroscience studies show that humans learn from experience, and games are designed experiences organized around problem solving.

So how, asked video game writer Chris Dahlen, the evening’s moderator, do you pull gamers in while still teaching them something useful? After all, he said, we all have memories of Math Blaster-type games where “the game is just the sugarcoating over the lesson you’re trying to learn.”

Game designer Richard Lemarchand, who is currently a visiting associate professor at the USC Interactive Media Division, said that game designers often think of players as scientists exploring the game’s world. Kaveri Subrahmanyam, a psychologist at Cal State LA and associate director of the Cal State LA/UCLA Children’s Digital Media Center @L.A., agreed, pointing to Jean Piaget’s theory of the child as a little scientist experimenting on the world.

Gee observed that system-making, innovation, the ability to think like a designer, and collaboration are all skills used in gaming, and they’re also “a platform for 21st–century skills.”

Lemarchand said that in the real world, the unpredictable can be disastrous, but in a game, it’s what players love most, offering a safe way to explore the world around us.

Games are “a safety net for failure,” agreed Dahlen.

Added Gee, “One of the troubles with school is that failure is too consequential.” Modern, innovative workplaces value failure, yet our schools still fear it.

So what games are best at doing all this, and how do they work?

Gee pointed to Civilization, Minecraft, and Portal, as well as Fez, which he says is more like art in how it gets players to see the world in new ways. But even first-person shooting games build skills, because players must manage the executive function in strategic ways. “It’s probably a disappointment that violent video games are turning out to be quite good,” he said.

But, asked Dahlen, how do we transfer these skills to real-life?

Lemrachand—who designed the Uncharted games series, which have true-to-life historical mysteries at their core—said that his team’s goal was to intrigue people to Google search to find out more about the history depicted in the game. “We wanted to make some kind of transference from our game to people’s lives outside possible,” he said.

Dahlen asked the panelists if games are sometimes too neat, such as Civilization, in which Gandhi can be made to battle Bismarck. Can we bring the messiness of real life into these games?

But Gee said that this aspect of the game can explain history by exploring how it could have happened differently; he pointed to a group of students who had tried to figure out how the American Indians could have overcome the white conquest.

Games can also be a powerful tool for social learning, said Subrahmanyam, pointing to research on how virtual avatars change people’s real-world behavior.

Even single-player games can be social, said Gee, contrary to predictions from the 1970s and 1980s that video games would be isolating. He said that research was also showing that in classrooms, it’s better to have three to five kids together playing a game in front of a single computer screen than to have a one-to-one ratio of children to computers.

Pointing to a local multiplayer game called Johann Sebastian Joust, Lemarchand said that he’s excited that games are starting to explore the “very energetic boundary between technology … and the spaces of human play, where games really happen, in the spaces between human beings.”

Increasingly, games are also turning players into designers, stretching their creativity and modeling skills. With traditional literacy, said Gee, there have been many more readers than writers. But today, gaming is making more people into producers instead of consumers—unleashing people’s creativity.

As the discussion drew to a close, Dahlen asked the panelists what they think is the next challenge for games in education to overcome.

Subrahmanyam said that it’s about getting more kids to engage in higher-level games and to take educational gaming from certain pockets of people into the majority.

Lemarchand hopes that parents—who increasingly grew up gaming themselves—will play video games with their children and see what they have to offer.

Gee said that digital literacy must avoid mirroring the equity gap of traditional literacy, with poor kids reading less. We’re on the way there already, but we have a social choice, he said—and it’s a “cutting-edge issue for our future.” 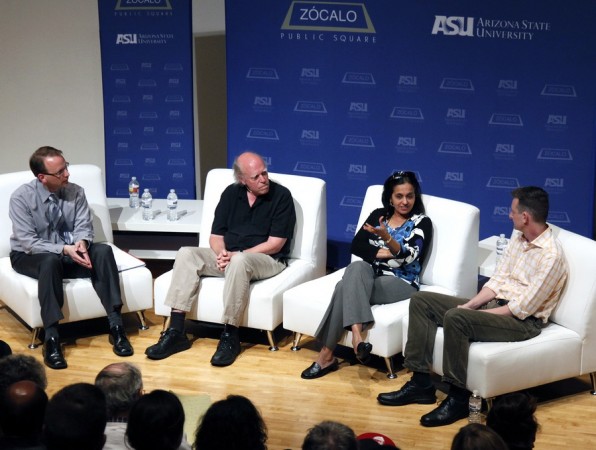 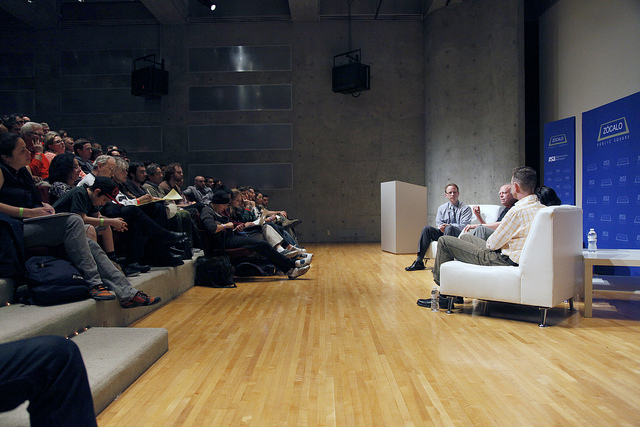 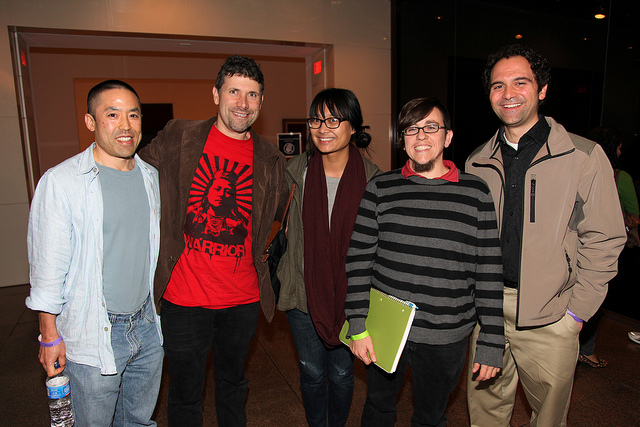 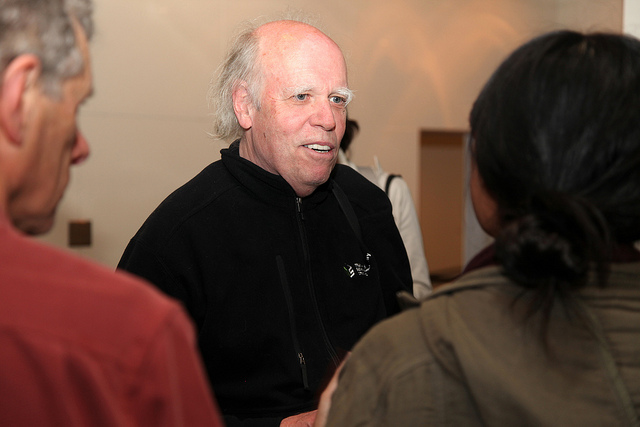