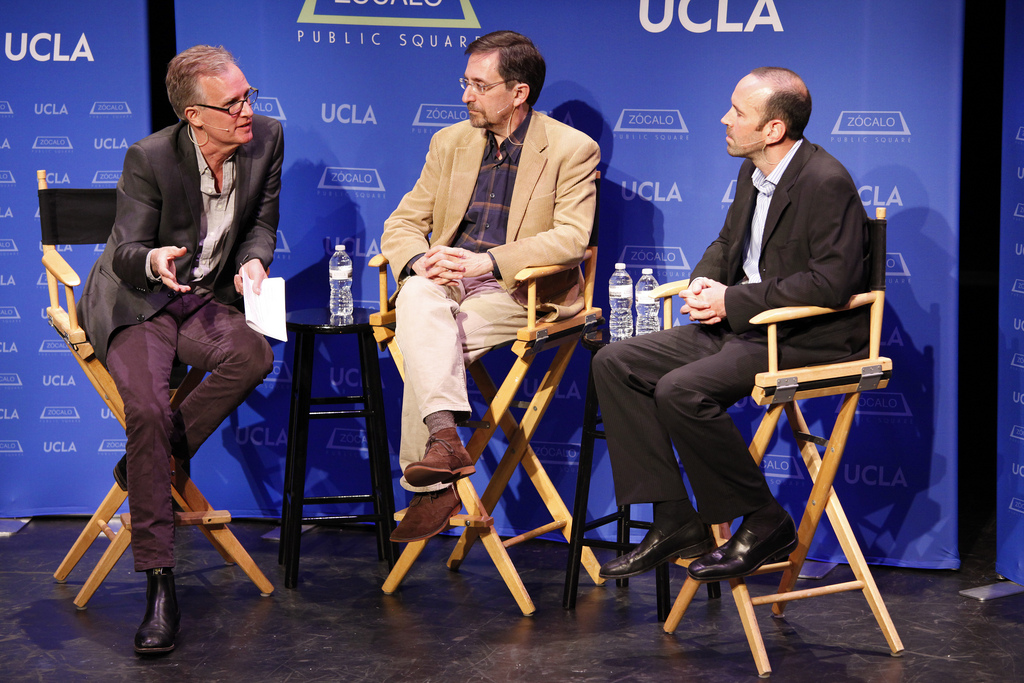 Should we just adapt to climate change?

The question raises the hackles of environmentalists and global warming deniers alike—yet it’s one we should be asking sooner rather than later. That was the consensus of a climate scientist, environmental reporter, and environmental historian during a panel discussion at The Actors’ Gang, an event put on in partnership with the UCLA Institute of the Environment and Sustainability and with Environmental Humanities at UCLA.

Panelist Alex Hall, a UCLA scientist, makes predictive models of climate change at both the global and local levels in order to help policymakers and planners come to decisions about how we’re going to adapt to global warming. He’s found that regardless of whether or not we try to mitigate the effects of climate change over the next decade, we’re still going to experience a significant rise in temperature by the middle of the 21st century.

So, said moderator Jon Christensen, a historian at UCLA’s Institute of the Environment and Sustainability, do we “have no choice” but to adapt?

Yes, said Hall. Although changing our energy sources will make a big difference 100 years down the line, “there’s no chance of us really returning to a pre-industrial climate or really the climate of the 20th century.”

“Why has adaptation been such a dirty word?” asked Christensen.

Andrew Revkin, who writes the Dot Earth environmental blog for The New York Times, explained that our attitude toward adaptation has evolved. Environmentalists have long argued that if we talked about adaptation, we wouldn’t think about mitigation. This was a mistake, said Revkin. He believes that people can’t deal with climate change at all until they’re better integrated with the idea that it’s happening; they need to think about its drivers and about adjusting to it at the same time.

So how can we figure out how to divide up our resources and efforts between adaptation and mitigation?

Revkin said the questions need to be framed differently. We need to recognize that as a society, we’ve built up infrastructure that’s vulnerable to certain extremes regardless of climate change: Lower Manhattan to hurricanes and Eastern Texas to wildfires, for instance. You have to separate vulnerability to extremes from the effects of real climate change, he said.

Hall said that the things we’d do to build resiliency to climate change are the same things we’d do to build resiliency to anything. In Los Angeles, for instance, we need to change our already-ailing transportation system to reduce greenhouse gases—making for a win-win situation in terms of both quality of life and impact on the environment. Added Revkin, sustainable cities are healthier cities, where people walk more and use less energy; there are multiple benefits.

Why, asked Christensen, have cities become a hub of activity and study around climate change?

Revkin said that it’s because we’ve become an urban species—and because cities become especially difficult places if they’re not planned with a changing climate in mind. There’s also a frustration with national politics, said Hall, so much of the sustainability conversation has become local.

When the subject turned to what Los Angeles can do over the next 30 or 40 years to adapt to the coming changes, Hall said that a lot of ideas have been floated, including changing the color of roofs so they’re more reflective of the sun; engineering a more resilient power grid to support increasing demands; building heat trauma centers for people who don’t have access to air conditioning; and planting more trees to make the local micro-climate cooler.

Water conservation, added Revkin, is also key, as is energy conservation; in California, they are two sides of the same coin. About 19 to 20 percent of energy used in California is spent moving around water, said Christensen. And, many of the proposed adaptation strategies not only help us adapt to climate change but help mitigate it as well by cutting down our carbon use.

Hall thinks that what we need most is a reexamination of fundamentals. “We need to rethink what the good life is in some ways,” he said. For instance, when he moved to a new house so that he could bike and take the bus to work, many Angelenos he spoke to reacted as if he were making a grim sacrifice rather than getting a chance to exercise in a way that’s fun, economical, and interactive with the city. “Who’s the victim there?” he asked.

Revkin added that the tools we used to effect environmental change in the 20th century—“woe is me, shame on you”—are outdated. It’s easy to blame pollution on Exxon, but Exxon pumps oil so that we can drive our cars or heat our houses. We need to turn the finger back on ourselves instead.

Revkin’s been asked a lot for his opinion on the Keystone pipeline. “My opinion is, reality matters,” he said. If high demand for oil exists, we’re going to go to the ends of the earth—to the world’s dirtiest places—to extract the last bit of oil. So we can blockade a pipeline here, but the oil will out from somewhere. It’ll be in Nigeria or somewhere else if not Alberta and the Keystone, he said.

Revkin was in Washington, D.C., this week as thousands of people marched in opposition to the pipeline. At the same time, he attended the final round of a competition for middle school students to build model future cities. Looking at their designs of cities in India, Norway, and Arizona—with water systems and protection from fire hazard—he heard not yelling but cheering. “It’s so much more powerful,” he said. 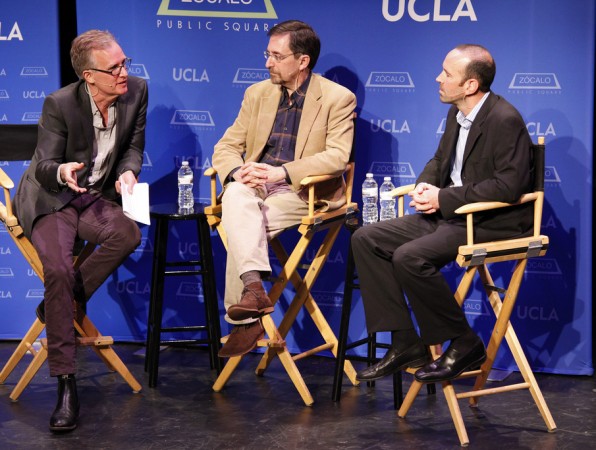 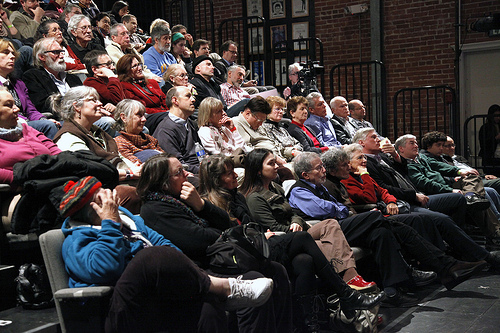 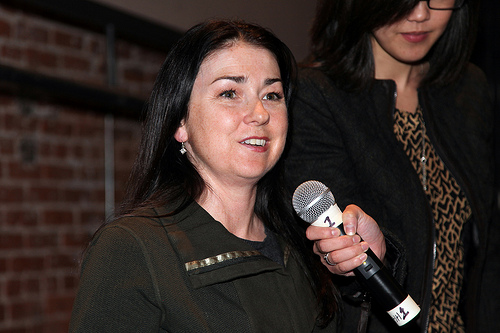 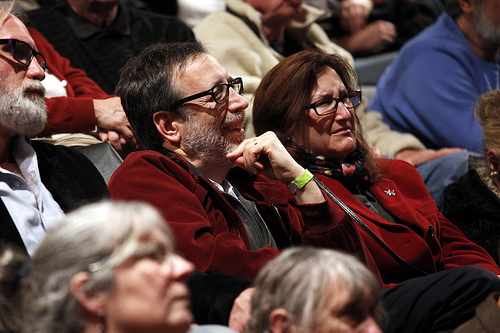 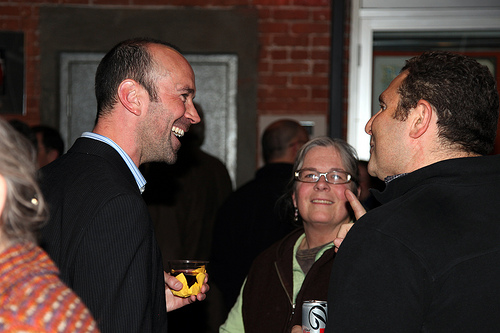 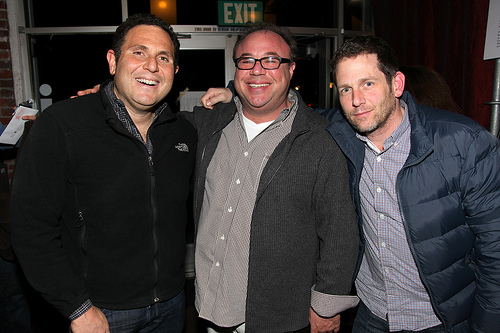