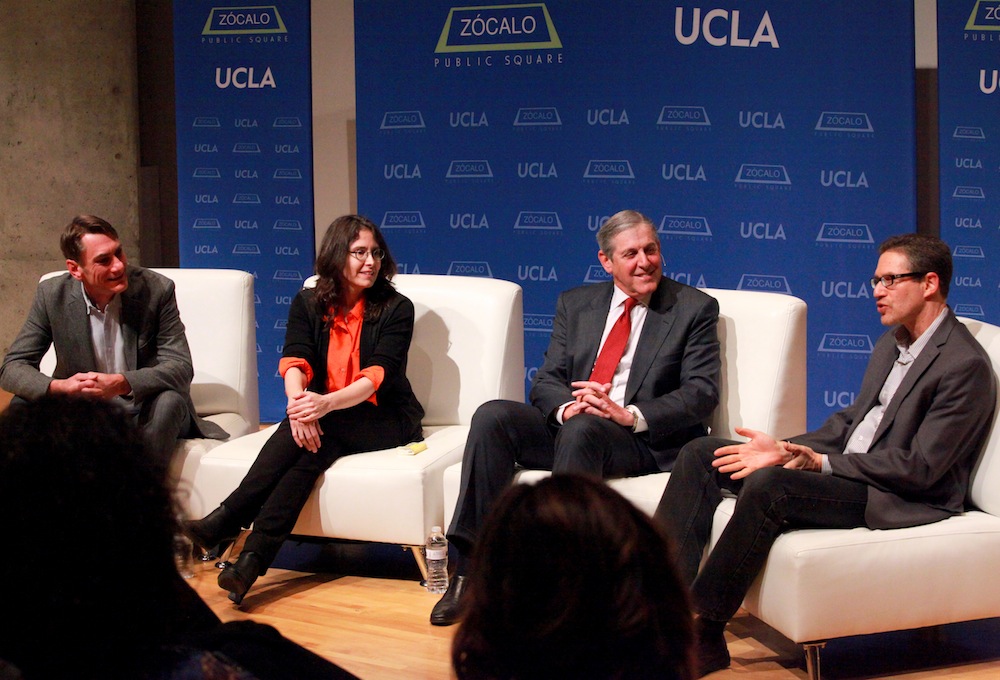 As much as social scientists have learned about what drives people’s decision-making, we still haven’t found a silver bullet for changing people’s behavior. Yet at a panel co-presented by UCLA at MOCA Grand Avenue, public health scholars and policymakers agreed that it is possible to get people to make better health choices—if you give them time, and you engage them on several fronts.

Moderator David H. Freedman, a contributing editor at The Atlantic, asked the panelists if they could name the single most important, effective action we can take to get the word out when it comes to public health.

UCLA health economist Frederick J. Zimmerman said that when we talk about incentives and laws that affect our dietary behavior, we often talk about the government interfering with our freedom and about personal responsibility. We need to rethink the terms, he said, and ask some fundamental questions: “What does freedom mean, what does power mean, what does personal responsibility mean?”

“Policy is not a dirty word,” said Los Angeles County Director of Public Health Jonathan Fielding. For 20 years, we tried to convince people to wear seatbelts through public service announcements; nothing worked. Once seatbelt wearing became part of the law, however, behaviors changed and lives were saved. “Public health works by successive redefinition of the unacceptable,” he said.

So what would a really smart, government-sponsored health propaganda campaign look like today?

Zimmerman said that the best campaigns, like California’s anti-smoking ads, tie into people’s sense of autonomy: “Send a clear signal that you are being manipulated when you see a food ad.”

We have to talk about the food industry, added Fielding—about how it’s trying to maximize consumers’ value, not health or community benefit. And we have to work with industry leaders, too, to persuade them to help change our palates—by cutting salt in their products, for example. Media, he said, only works in synergy with policies and incentives.

Mann has studied how people make decisions and exercise self-control, and her single overarching finding is that most people don’t have much self-control. To the extent that they do have self-control, it varies in response to their environment. If we want to change behavior, she said, we must change the environment.

When, asked Freedman, does something like a soda tax work?

Zimmerman said you can’t simply consider the economic impact of a tax; a small increase on soda price doesn’t affect demand. But if you tell consumers they’re paying a “sin tax” on their soda, the tax will have a much greater impact on their behavior. “No one,” he said, “wants to pay for something twice.”

There are a lot of different ways to affect people’s decision-making, said Fielding. You can cross-subsidize as well—decrease the price of a salad while increasing the price of everything else on a cafeteria menu. Or, a store can put healthier food at the front, closer to eye level.

“I’m a huge fan of nudges,” said Mann—very tiny efforts that yield huge results. She’s seen something as simple as a larger spoon in the vegetables at a school cafeteria increase kids’ vegetable consumption.

Big box stores, said Fielding, can be much more helpful in prompting people to make healthy choices: “We need to get them on our side—on the side of the consumers’ health.”

In the question-and-answer session, audience members asked about the New York City move to outlaw supersized sodas and about getting people to take a longer-term view of their health when it comes to decision-making.

Fielding called the soda ban “small but useful”; people can still drink as much soda as they want, but they have to fill up three or four times to get to a liter as opposed to once.

Even tiny obstacles like this, said Mann, can be enough to stop people—and they don’t get in the way of our cherished freedom. Making behaviors a tiny bit harder can be surprisingly effective.

How do we get people to consider the long-term effects of their behavior on their health?

The panelists agreed that this is impossible; if people were thinking about the future they’d make different choices.  “You have to start with where people are,” said Fielding. “You can’t start with where we would like them to be.”

Zimmerman called the economists’ idea that people carefully weigh the pros and cons of every decision they make “a bunch of BS.” He added, “That’s not how people make decisions, even really big decisions.”

In sum, we’re tremendously influenced by our peers, our families, our histories—and by our environment. We’re not as rational as we think, and the best health propaganda recognizes and works with that. 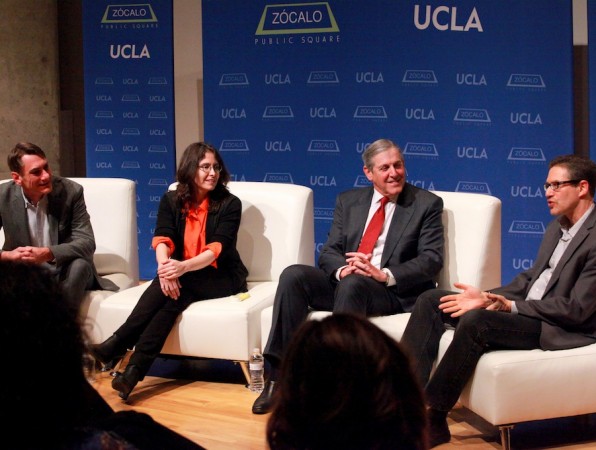 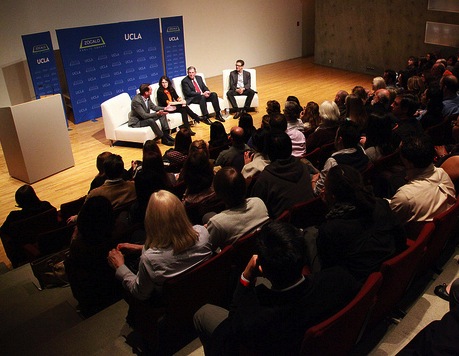 It was a full house at MOCA Grand Avenue 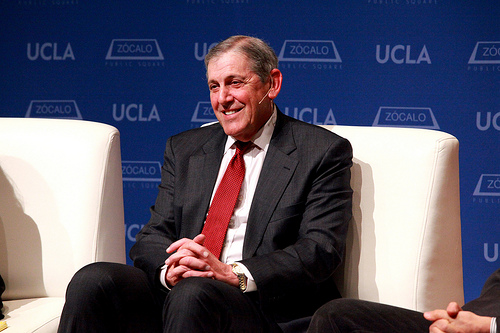 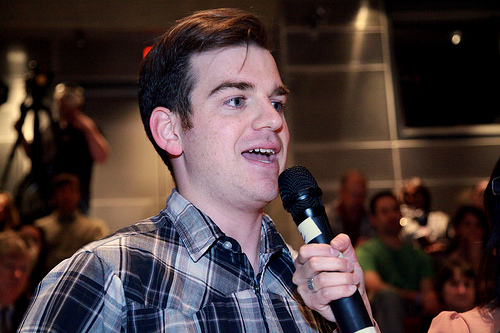 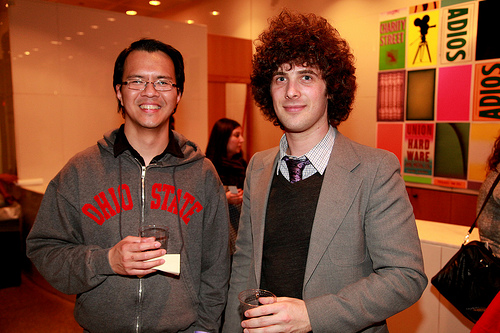 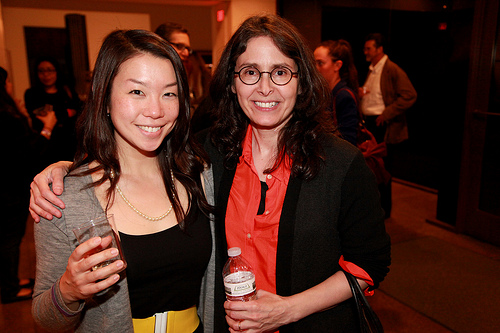 Social psychologist Traci Mann with an audience member at the reception