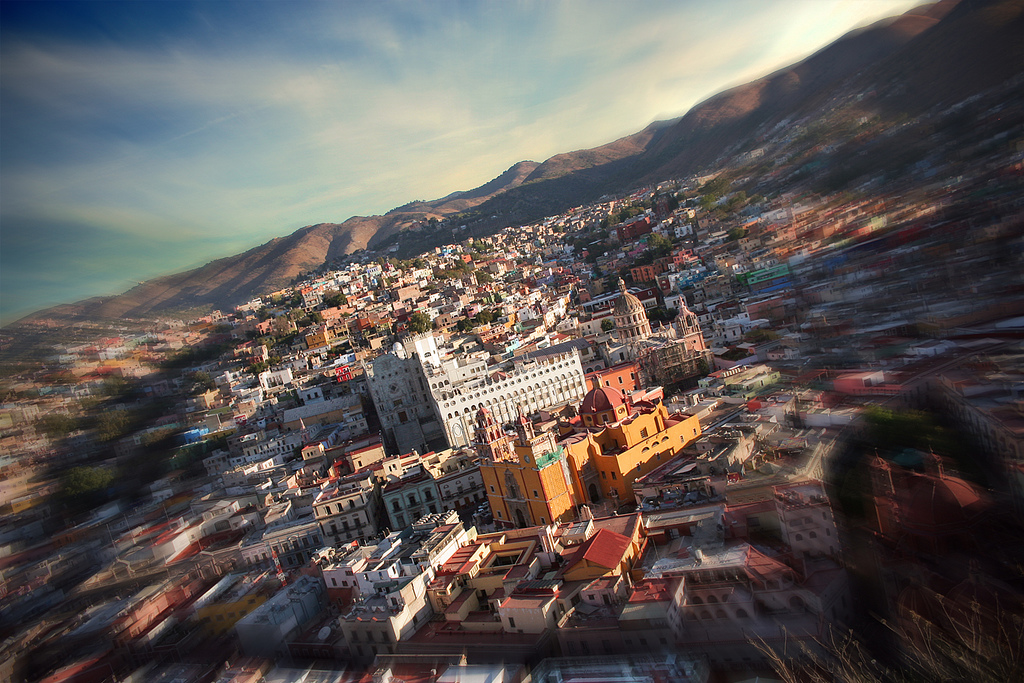 As my plane touched down at Benito Juárez airport in early 1994, I didn’t know that it was the start of a 20-year relationship with Mexico.

I was coming to work at a boutique investment bank, the first paying job I was offered that would allow me to live in Latin America. I wasn’t an obvious choice for the city or for the profession—a liberal arts degree holder who grew up in the rural Midwest. Still, there I was, playing international banker in this teeming city of 20 million. I dove into the hubris of it all, poring over balance sheets and building financial models to pass judgment on Mexico’s publicly traded companies. I followed global financial markets, trying to match our traders’ exuberance as they lobbed Cetes and Tesobonos, Mexico’s peso- and dollar-denominated bonds, back and forth.

Being a foreigner in Mexico in the 1990s had its advantages. My status as a novelty—both a professional woman and a foreigner—opened doors that would have remained shut for most 22-year-olds elsewhere. I was able to meet the CFOs and CEOs of the companies I was covering and to attend high-powered meetings and meals. And I could pretend not to speak Spanish when pulled over for a bribe.

But my peculiarity also had its downsides. I was frequently the only professional woman in the room. I quickly learned not to wear black suits, so as not to be confused with the edecanes—the young women at meetings and conferences whose job it is to circulate microphones and coffee. Mexico’s social scene revolved around couples, forcing me to go along with some odd match-ups in order to fit in.

Then, just short of my one-year anniversary of living and working in Mexico, the peso crisis hit.

Unless you’ve lived through one, it’s hard to understand what a currency meltdown in an emerging market is like. There is nothing gradual about the erosion of hope and stability as the speculative capital heads for the exits. And the financial tsunami touches all aspects of life.

In 1995, Mexico entered one of its worst recessions on record, restaurants and shops closed seemingly overnight, and millions lost their jobs. The financial trendsetters—those with the first mortgages and car loans—were battered by interest rates that reached the triple digits. Equally devastating was a widespread sense of deception, as my Mexican colleagues and friends had believed the promises of President Carlos Salinas’ government—that this time things were different, that Mexico’s boom-and-bust cycles were a thing of the past.

The crisis gave us fortunate few paid in dollars an opportunity to use our sudden windfall (our paychecks went a lot further in pesos) to travel widely, and have the run of the country. From Playa del Carmen to San Luis Potosí, San Cristobal de las Casas to Zacatecas, Aguascalientes to Guanajuato, I crisscrossed Mexico, trying to see as much of my new home as possible.

Still, despite the country’s undeniable allure, the day-to-day grind, the sadness of so many pushed back into poverty, and the escalating crime in Mexico City made life difficult. I, like many others, was held up at gunpoint, a milestone that turned my leisurely walk across a park to work into a dreaded gauntlet, as I tried to forget the feeling of hard metal pressed against my chest. At work, I began to realize that banking was not my long-term calling. So, when offered a job in New York to cover Latin America more broadly, I jumped.

While living in the middle of the economic, social, and political turmoil, it was hard to see what was happening. It was only when I returned to live in Mexico five years later that the permanence of the shifts became apparent. Having left banking for academia, I came back as a Fulbright scholar, based at the ITAM, a private university on the edge of the cobblestoned Mexico City neighborhood of San Angel. I delved into the impacts of the economic changes that followed the crisis, particularly what the privatization of Mexico’s social security meant for financial markets, Mexico’s larger economy, and workers.

Once back in Mexico, the most immediately noticeable change was the air itself. Where smog had obscured the city’s basic contours, government regulations on factory relocation and car use meant you could finally see, even on bad pollution days, at least one block ahead.

Politics had also changed, partly in reaction to the 1995 peso crisis, which dealt a blow to the long-ruling Institutional Revolutionary Party’s (PRI) credibility. By 2000, Vicente Fox, Mexico’s first non-PRI president in seven decades, occupied Los Pinos, Mexico’s White House. The economy had recovered, and policy changes had put an end to the self-inflicted crises of the past. Mexico’s streetscapes also were different. On the roads, the numerous jalopies were in much shorter supply, and the previously ubiquitous Volkswagen Bug taxis had been replaced by Nissan Tsurus and Dodge Neons. U.S. retail stalwarts Walmart, Starbucks, and Office Depot occupied many of Mexico’s busiest corners, and their corporations’ annual reports attested to the rising disposable income of their Mexican clientele.

After buying an old 1994 Honda Civic from a departing journalist, my husband and I hit the roads on weekends, revisiting my favorite haunts—many now transformed by bustling new commercial centers and housing developments. The rows and rows of neatly appointed starter homes began along the main roads and disappeared over the horizon.

Not everything was rosy. Basic services—telephone and Internet—cost more than what we had paid in the United States. The divide between the “haves” and “have-nots” persisted, with grinding poverty coexisting alongside the shoots of new prosperity. And interactions with Mexico’s bureaucracy and corrupt traffic cops remained both maddening and (only in retrospect) entertaining.

Today I am a frequent visitor to Mexico, and a close watcher of U.S.-Mexico relations. The country—the vibrancy of the capital, the beauty of the smaller cities and towns, the bustle of markets, stores, and factory floors—continues to draw me. The changes in the physical landscape, the workplace, and the freer media are undeniable evidence of the transformation of Mexico over the last three decades. It’s hard not to be optimistic about the country’s future prospects when you see the roofs of the cement-block houses that fill working-class neighborhoods. Look up, and, more often than not, you will see rebar sticking out—attesting not just to the owners’ desire but their expectation that soon they will be building a second (or even third) floor.

But there is also desolation in the burnt-out buildings in Ciudad Juárez and other towns, scars attesting to the extortion and violence wrenching the country. It is hard to miss the hushed conversations and tight faces of those who lost their loved ones, either to a bullet or to the unknown. I remain frustrated by how unfair the system can be, especially to the poor and unconnected. I wonder, with so many others, why Mexico’s governments can’t seem to get things together, or to take on powerful vested interests.

Of course, I no longer have to go to Mexico to see it. Mexico is right here in the United States. Mexicans, their families and communities, once limited to a few border state outposts, now span the nation, to places such as Charlotte, North Carolina and Frankfort, Indiana. The economic links between the two countries are deeper, and visible in the vegetables on our tables, in the parts in our cars, in the care of our young and old, in the energy that powers our transportation, and in the drugs sold on our streets. Millions of U.S. jobs now depend on workers to the south, as parts move back and forth—often more than once—before the washing machine, cellphone, computer, or car is fully assembled. This movement of people, production, and goods has brought the two countries together, blurring what was once distinctly foreign and different.

Still, we struggle to understand one another.