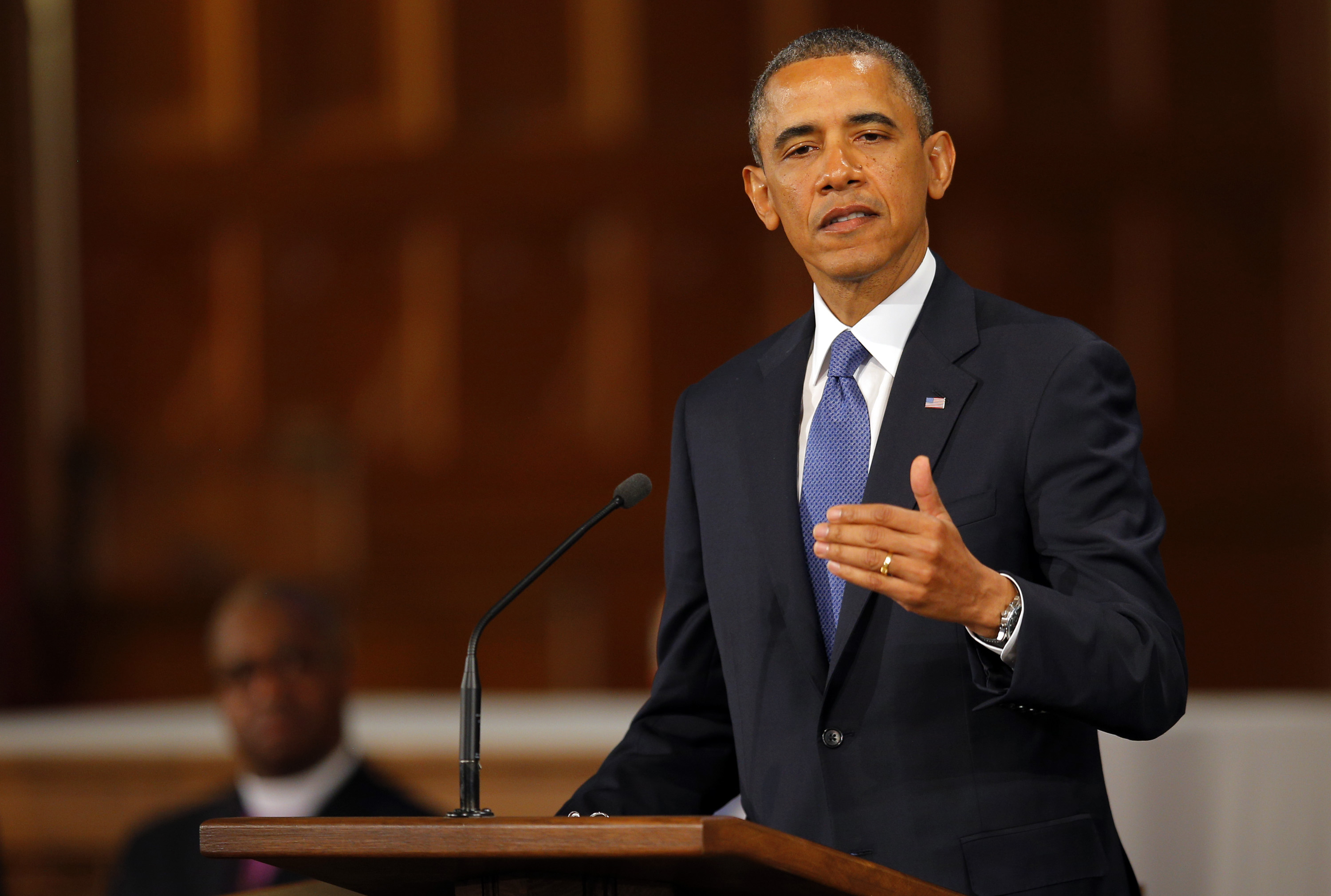 “Everyone is an actor, at heart,” I say when I’m training neophytes. I believe it to be true even for those who think, “Not me—I am not the acting type.” We all play roles that we have cast ourselves in: Father, Mother, Sister, Best Friend, CEO, Genius, Funny Guy, etc.

Some roles, though, are just bigger and more daunting: like President of the United States of America.

Yeah, it’s a starring role, and you’ll be all over the trades if you land it. Few are the number of men (so far, only men need submit their headshot) cast as Commander-in-Chief. But it’s hard. Our current leading man is Barack Obama, and I watched his recent performance in Boston, Massachusetts with personal interest and a professional eye.

Let’s set the scene: It was a tragic week. Three people were dead and 170 wounded as bombs exploded at the finish line of the Boston Marathon. Ricin-laced letters had been sent in the mail to the White House. A Texas fertilizer plant had accidentally exploded and killed an untold number of people. Fewer than 24 hours after Obama’s visit, Boston would be on lockdown as authorities hunted down the two men suspected of being behind the marathon atrocity.

Enter me. It was hard for me to follow the news coverage of the bombing tragedy, because I found the senseless violence excruciating to watch. I was turning away.

Still, I looked forward to President Obama’s address at last Thursday’s memorial service. The president would help me make sense of a terrible loss and let the healing process begin. After all, he’d done it before. Just four months ago, he channeled the heart of a nation as he spoke aloud the names of the 20 children killed at Sandy Hook Elementary in Newtown, Connecticut.

Why, then, was I left so flat after the president’s remarks? Was he having a bad day? Was I? Was the speech poorly written?

I don’t think the words themselves were to blame for my lack of connection to President Obama’s performance. I think the president just fell into a classic trap that plagues actors trying to play parts that are far less challenging. He jumped to the end of the scene before he had fully embraced the struggle in the middle.

Tragedy in drama has a classical form. And so do presidents confronted with tragedy. There is, if you will, a script. A president’s response to horrific events includes a to-do list with certain key instructions: You acknowledge the pain felt by families who lost a loved one; you offer the thoughts, prayers, and solidarity of the nation; you call for endurance through the tough days ahead along with a promise that America is watching; you honor the lives of the fallen; and you offer the vision of better, brighter days ahead. You may sprinkle in some scripture or a grand historical reference to connect the present to the past.

Let’s face it, what else can you say? No amount of federal aid will bring back the dead. No legislation will erase the trauma for those who experienced it. So every leader is left with this same toolkit of condolence.

Looking back at President Obama’s remarks, I see that all of these elements were safely in place. So what makes one set of remarks transformational and another simply ordinary? The ingredient that distinguishes a truly healing conversation from run of the mill political babble is the precious drop of humanity that a leader (or an actor, for that matter) shares with his or her audience. It can occur as sorrow, grim determination, or shared outrage, but that edge of actual feeling—of vulnerability—is so powerful that it provides strength to those that listen.

President Obama followed the script in his remarks, but I was left with the feeling that he was playing the role of President rather than owning what was really in him. Undeniably, our presidents must be performers. It is part of the job. But the moment a performer tries to seem like a character he loses his audience. The old adage holds true that if you want to be interesting, you need to be interested. If you want to be seen as honest, you need to be truthful. If you want to be seen as powerful, you must be strong in the face of struggle.

The role of president is weighty, and it can squeeze the humanity out of you in favor of some generic caricature of a politician. After all, if you were writing the casting breakdown for “The President,” what would it look like? Probably a movie star—or Mitt Romney.

A man speaking from a wheelchair bringing a nation into battle after the “day that will live in infamy.”

A dashing war hero inspiring a “new generation of Americans” and declaring a “clear and present danger” of imminent nuclear attack 90 miles from the U.S. coast.

An ex-lawyer with a dour expression and a tall hat honoring the dead on a battlefield in Gettysburg.

An energetic man of mixed race with a Muslim name reciting the names of fallen children.

Our great presidents have shared little in terms of appearance, accent, or philosophy. Each man filled the role with unique gifts and talents. In the most recent performance, however, the lines rang hollow. There was more character than man.

I think back to watching Ronald Reagan on television the night of the Space Shuttle Challenger disaster. The country had been watching the live broadcast of the launch when the spacecraft exploded, killing the entire crew.

President Reagan called off the State of the Union speech and instead delivered a short, heartfelt message of sorrow for the loss of the astronauts, which included a schoolteacher, Christa McAuliffe. “Your loved ones were daring and brave,” Reagan said. “And they had that special grace, that special spirit that says, ‘Give me a challenge, and I’ll meet it with joy.’” The more he praised their courage and their zest for exploration, the greater I felt their loss. It hurt, and yet it healed.

Similarly, I was hoping for the sense of understanding that Barack Obama has conveyed when he has opened his heart. I wanted a leader who is a president, so he doesn’t worry about looking like one.

With an especially terrible week behind us, I want a leader who is strong enough to hold the fear of an entire nation in his hands and endure. What could be more presidential than that?