“It’s a hell of a challenge to create a cohesive community that has ideological diversity,” said Jonathan Haidt, winner of the 2013 Zócalo Book Prize for The Righteous Mind: Why Good People Are Divided by Politics and Religion. “Race is easy. Ideology is hard.” After accepting his award in front of a full house at MOCA Grand Avenue, Haidt, a social psychologist at the New York University Stern School of Business, asked why it’s so hard for us to live together in and govern today’s America—a country he thinks is divided most deeply not by race or economics or geography but by ideology.

These are very different views of human nature, said Haidt—and it means people’s visions of the ideal community are diametrically opposed. So how does this play out in our democracy? Haidt drew on three principles of moral psychology to explain.

The first principle is that “intuition comes first, strategic reasoning second.” Haidt explained that when we’re presented with a fact we want to believe in, we ask ourselves, “‘Can I believe it?’” If the answer is yes, we find just one piece of evidence to support it, and we believe. If, on the other hand, we don’t want to believe in that fact, we ask ourselves, “‘Must I believe it?’” Then, we find just one piece of evidence against it, and we disbelieve. If people see what they want to see, and work to reach the conclusion they want to reach, asked Haidt, is it any wonder that scientific studies rarely change people’s minds? Technology has made it even more difficult for scientists to make their case in the court of public opinion, said Haidt: “Science is a smorgasbord, and Google will take you to the study you need.” Pointing to a contentious contemporary question, he asked, “Can gun control end shootings?” There’s no conclusive proof on either side, so both sides see what they want to see.

The second principle is that “there’s more to morality than harm and fairness.” Our morality is a balancing act among a number of different foundations, including care versus harm, liberty versus oppression, and authority versus subversion. People on both the right and left want fairness and liberty, said Haidt—but they want it in different balances. Parsing the immigration reform debate in the Senate, he quoted Democrat Patrick Leahy saying, “‘We need an immigration system that lives up to American values, one that allows families to be reunited and safe.’” Then he quoted Republican Chuck Grassley saying, “‘We have a duty to protect the borders and the sovereignty of this country.’”

Liberals want to knock down barriers in order to help people get along, said Haidt, while conservatives are more parochial—they’re trying to increase moral capital within a community in order to get it to cooperate well.

The third and final principle is that “morality binds and blinds.” Humans are the only species that has evolved to live in cooperative communities, with the exception of creatures like bees, who don’t reproduce except for their queen. How did we go, in a couple thousand years, from being hunter-gatherers to living in sophisticated communities? “We’re really good at making something sacred and circling around it,” said Haidt. “This is why flags are so important in war. It’s not just a piece of cloth. It’s the sacred emblem that allows people to risk their lives for each other.” We separate the world into good and evil, which allows us to come together around a common cause—and which also is how polarization happens. And polarization is increasing in America, nowhere more radically than in Congress, where for the first time in history, the liberals are all in one party and the conservatives are in another. We’ve lost coalitions based on other affinities, like jobs or geography, and as a result we’ve lost cooperation across party lines.

That’s why projects like Zócalo, which brings people together to hash out tough questions, are important, said Haidt, although he averred that hashing out is not in itself conducive bridging divides (often the opposite). “We need to figure out how to deal with this kind of diversity, which is very different from other kinds of diversity,” he said. “It’s a difficult problem, and we haven’t found good ways to solve it.”

What, asked Haidt, would happen if both sides said, “‘I’m going to stick with my cause, but I’m willing to consider yours’”?

It just might be a start. So while diverse communities might never be as cohesive as uniform groups, they might be able to figure out a way to work together and move toward truth. 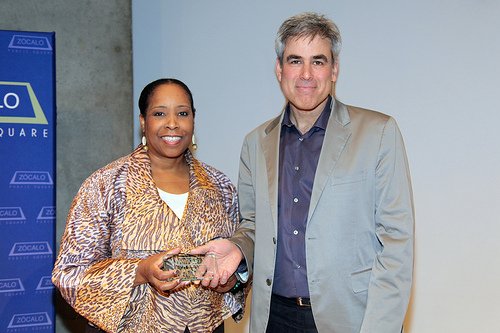 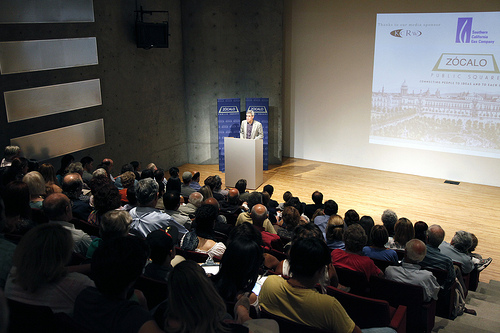 A full house came out at MOCA Grand Avenue 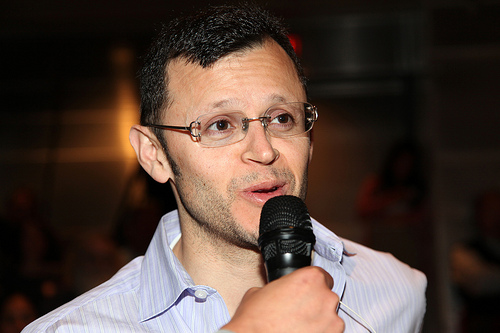 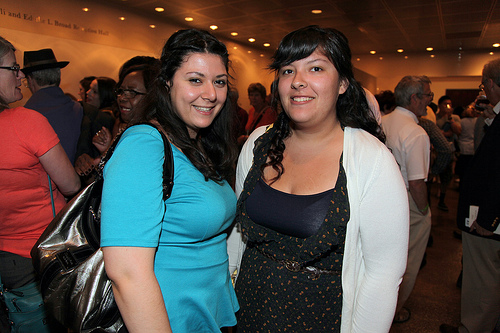 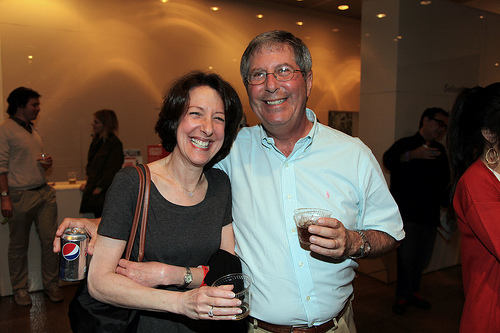 Guests enjoy the reception at MOCA