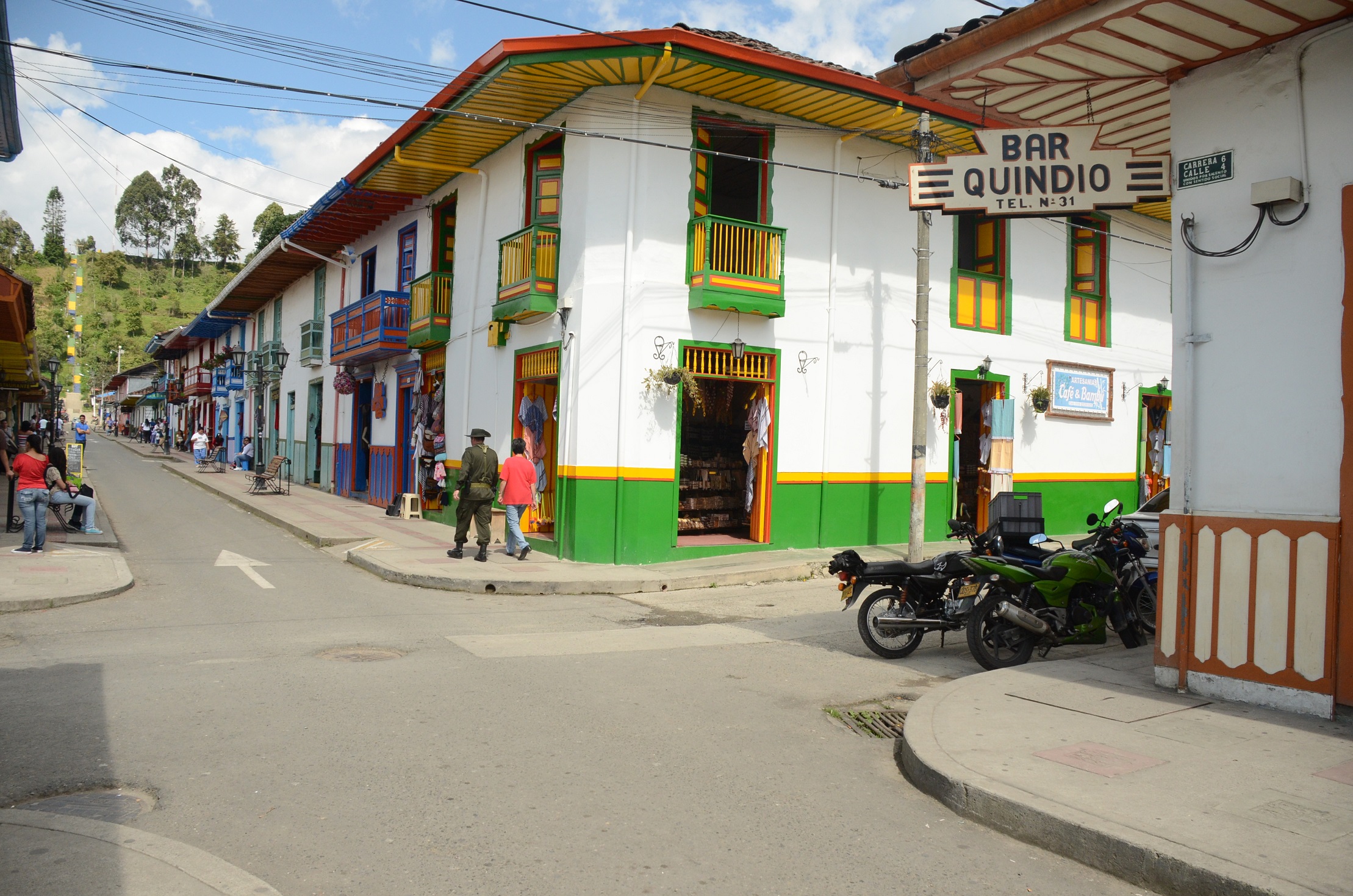 Victor Cañas is sitting on an old wooden bench in the shade across from Bar Quindio, a pool hall lined with waist-to-ceiling windows that opened 90 years ago—about the time he was born.

“Salento used to be a ghost town,” Cañas tells me. “Everyone lived in the countryside because of the violence. From ’48 to ’70 it was political violence, from ’70 to ’80 it was drugs, from ’80 to 2000, guerrillas. And now it’s the era of tourism.” Together we look out at the lines of shops selling coffee-themed trinkets and woven cowboy hats and the gaggles of European and American tourists wandering between them. 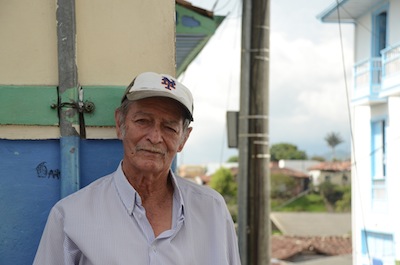 Salento is one of the newest hotspots on the gringo trail. Halfway between Ecuador and the Caribbean coast, it’s a picturesque small town in the heart of Colombia’s Eje Cafetero—the coffee-growing region. It’s a landscape of rugged, verdant hills dotted with coffee plants and banana trees. But for years only visiting Colombians, locals, and the most daring explorers and birdwatchers got to experience its unparalleled beauty. The exceptions were a handful people—families of diplomats, mining and oil tycoons, and journalists—who enjoyed Colombia before the recent tourism boom.

I had been one of them.

I spent four years of middle and high school in Bogotá. I suppose it was a life typical of any child growing up abroad. My sisters and I took the private bus to our private international school in our starchy uniforms: blue tie, white shirt, gray slacks, blazer on Wednesdays. On weekends and holidays, my journalist father and I explored Colombia’s seldom-visited national parks—or at least those he deemed the least dangerous between 1996 and 2000. In 1999, I took a trip with him into guerrilla-controlled territory—with permission from the commanders, of course—to visit a remote valley in the Eje Cafetero.

Fifteen years later, as I return to this same wax palm-dotted region with a group of gringos, my memories of that trip with my father make the homecoming awkward. The places I felt were untouched by the outside world in the ’90s are now drawing hordes of adventure-seekers toting Lonely Planet guides. Cheap beer and food are fueling a fraternity-like, freshman-year vibe in towns that hadn’t seen many foreigners a decade ago.

I fear this influx of tourists will ruin what Colombia is and what Colombia means to me. They’ll turn what took me four years of my adolescence to discover into a low-resolution photo with a cute tagline. Something for their Internet friends to quickly acknowledge, “like,” and move on.

Colombia is a place I feel proud to have explored before the hostels, the backpackers, and Facebook. It is a place I am still defending from people (and there are fewer and fewer of them) who only equate it with violence. It wasn’t the country Harrison Ford shot his way out of in Clear and Present Danger. It was my Narnia. Cliché as it sounds, Colombia remained in my memory a fantastical place of snow-capped mountains, crystal-clear streams, and locals who never fail to greet you with a smile.

I have other memories, too, that I think paint a fair picture of what Colombia used to be: How my camouflage pants were stripped away by a group of soldiers with rifles on a busy street in Bogotá. How my sister and I ate breakfast under the desiccated head of a goat in a ramshackle hut, the only lodging outside Cocuy National Park. How we were one of a few families vacationing on a Caribbean beach with a wicked undertow outside Santa Marta. How two international schoolteachers had had all their worldly possessions burned when their moving trucks were hijacked on the road from Bogotá to the coast. How a guy my father and I played soccer with was kidnapped by rebels, marched through the jungle for two months, and could never eat rice and beans again.

On this return visit, I’m tagging along with a bird-watching group comprised of three Colombian guides and eight avian aficionados, most of them retirees from Oregon and Northern California. We’re just outside Manizales, a bustling city that straddles the ridgeline of a mountain in the coffee region, ambling along a dirt road at 10,000 feet. Every few minutes we stop to peer into the forest with binoculars and long-lensed digital cameras.

“Pearled tree runner, a foot above the laser,” says one of the guides in perfect English, showing us where in the thicket to look with a green laser pointer. The cameras snap in quick succession; they’re all set to rapid-fire, under- and over-exposing the shot to ensure the bird is caught for posterity. Later on at a lodge, surrounded by hummingbird feeders, the group cracks open Colombian beers and talks about the day’s sightings. Among the dozens of species we’ve seen: a crimson-mantled woodpecker, the stunning emerald toucanet, a squirrel cuckoo, and a bright red summer tanager. 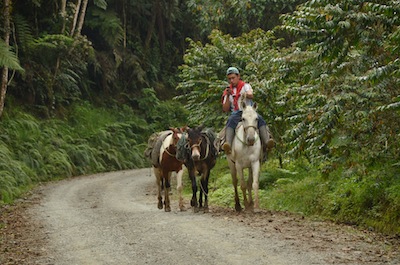 “This would have been impossible 10 years ago,” says Alveiro Uribe, a jovial 43-year-old park ranger and bird-watching guide who was born in a cottage in the Rio Blanco Reserve. That morning, it had been his idea to put out worms to entice the elusive antpitta out from hiding. The birders were thrilled. Uribe says he welcomes the tourists: They bring money in for the region and more importantly raise awareness about the environment and Colombia’s biodiversity.

On our way out of the reserve, we spot a migratory Tennessee warbler in a small tree. I think about 1998, when three bird-watchers were kidnapped by guerrillas. That Colombia is mostly gone now. Years of beefing up the military and patrolling the highways have made the country safer. The bird-watchers will keep coming because today Colombia is touted as a must-visit by travel magazines.

I welcome the gringos. I accept that Colombian ruins may become the next Machu Picchu and that its unspoiled Caribbean beaches may become the new Cancun. I know that it’s probably what’s best for the country, but it’s hard to come to terms with. It was once my adventure, a place so remote and foreign that it felt like my own. Now the world has been invited.