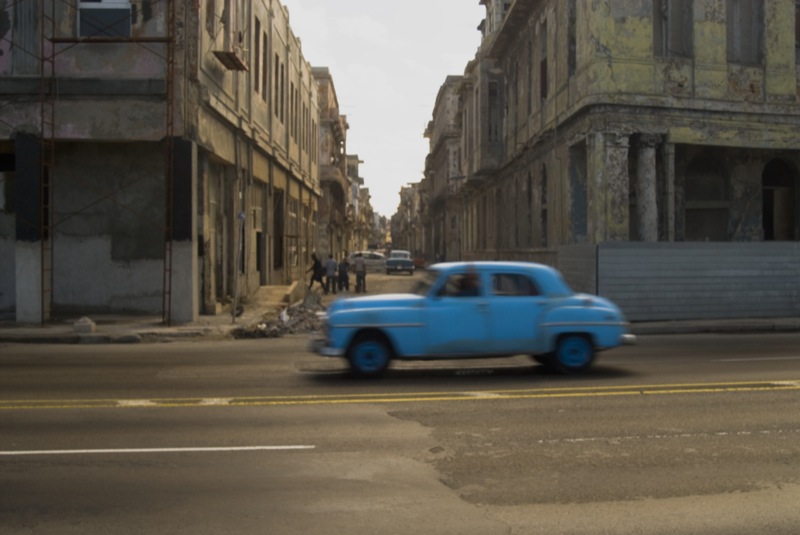 When I was 23, I strapped a backpack on my shoulders and took off for Europe. It was exactly the kind of backpacking trip you think of a 23-year-old taking, except my traveling companion wasn’t a boyfriend or my college cohorts. It was my jovial, lively, 80-year-old grandfather.

And it was something of a homecoming. My grandfather was born in Spain in 1923 and escaped Franco’s regime by crossing the Pyrenees on foot with his brother in his early teens. Finding himself in Paris in the middle of World War II, he fled another war, hopping on a ship with his brother, this time toward the Caribbean, to the island nation of Cuba.

Once in Europe, my grandfather and I climbed to the top of the Tibidabo mountain outside Barcelona, where he had seen bombs go off like fireworks during the Spanish Civil War. We ate chestnuts in the streets of Paris and dirtied our hands with the char of their smoky skins. We took trains to St. Etienne in France and to San Cugat in Catalonia to visit his four sisters. I saw the tapestries his family—my family—had made in Spain since the 1920s and ’30s. Beautiful works of art, woven together, strand by strand.

My grandfather was not just my guide but the bridge that let me step over into my history in order to better understand the present. Yet he couldn’t take me all the way there; the journey stopped before we could trace our way back to Cuba, his last home before Miami.

This is important, because, until recently, when you asked my grandfather where he was from, what his nationality was, he responded: Soy Cubano. Perhaps it was because he fought so hard for that island and lost it; perhaps it was because his brother was eventually captured and held in one of the island’s prisons for anti-Castro activity. Perhaps it is nostalgia, longing, and the fact that Cuba became forbidden fruit. Perhaps it is because that’s where he met my grandmother, and where my grandmother gave birth to their two daughters. But what I do know is that Cuba was home for him—a home I could only ever see through his memory.

Now that his memory is failing, that part of our history is fading too.

Today, my grandfather is 90. In the past few years he has declined. His upper spine has curved, as if under the weight of so many years. He still knows who we, his family, are, but he repeats the same question over and over again, and cannot remember how to get back to his apartment from the mailroom. He remains the deep, profound man he always has been; he asks aloud about the purpose of life and says he would like to return to his mother’s womb. Not too long ago, we found a journal of his, filled with thoughts, reflections, philosophy. His last entry was in 2009, four years ago. It reads: Como será esta nueva etapa? What will this new phase of life bring?

What it did not bring, and will not bring, was a return “home.” If Cuba were a place I could easily go to, one not barred by trade and familial embargoes, then perhaps I could strap on my backpack again and visit before it faded from my grandfather’s memory completely. While he is still alive. I could hop on a ship, as my grandfather did, land on her shore, and go in search of the pieces of a man, my grandfather, in order to find the central root of our grand family tree and bring it back to him. Add that colorful strand to our own tapestry. But I cannot do that, at least not yet. And he, most definitely, cannot do it for himself.

And so when I see my grandfather stumble over place and time, it’s as if all of a sudden, all of us, our family, is unmoored. Uprooted all over again. Adrift, like that island we are all from.