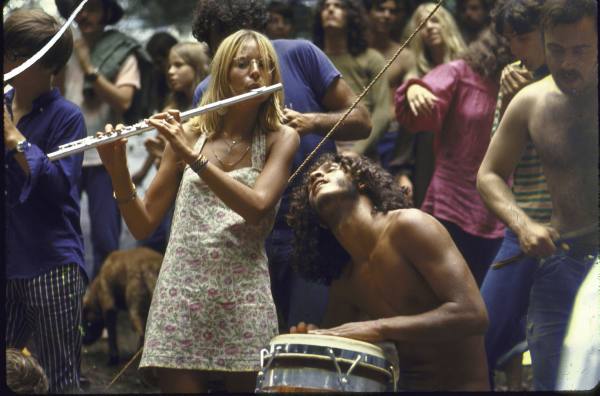 As a rule, Californians shouldn’t have too many East Coast friends, and we should never listen too closely to the ones we do have. East Coasters know little about California but fancy they know a lot. In their eyes, we are sun-bathing, Kardashian-marrying airheads. Above all—and this slur has been popular for almost 50 years—we are flakes.

We all know this is nonsense. Most of us have only dated a Kardashian. But strictly between you and me and the other 38 million of us, let’s admit that, when it comes to claims about flakiness, it’s true we don’t always show up on time—if at all. Just because we RSVP’d for the event or bought a ticket to the game doesn’t mean we’ll actually attend. Heck, I tried to skip writing this column. Since I’m a Californian writing about California, wouldn’t it be fitting?

Well, no. It’s true that in our personal lives, Californians can tend toward the unreliable. But in our work lives, we have never been flakes. If we’re social flakes, we have a good excuse: It’s because we’re working too damn hard.

While the federal government doesn’t break out productivity by state, academics have found California to be among the top places in the country in worker productivity, right up there with New York. If you want to find flakes in the workplace, try Alaska or Louisiana—or the big slacker, Texas. (No wonder Texans find so much time to criticize our business climate).

In many ways, Californians do for the country what Kobe Bryant does for the Lakers: We carry Team America.

Our state attracts more venture capital than the rest of the country combined. We lead in agriculture revenues, high-wage services, fastest-growing companies, patents and inventions (more than 20,000 a year), job creation (at least recently), initial public offerings, and (by any measure you want to use) in innovation. We’re paying more in taxes, and getting back less, than virtually every other state. If you’re reading this in another state, odds are we’re subsidizing your flakiness.

We’re also not the sort of folks who run off. A big majority of those who were raised here end up settling here; the loyalty percentages are highest for our younger, more diverse generations.

Life here is more of a struggle, and, far from flaking out on it, we participate in it. We have to work harder than almost anyone else to afford a home. We spend a lot of extra time getting to work. We endure long, slow commutes on buses and trains. The Bay Area is second among the 50 largest American metro areas in use of public transit. L.A., you might be surprised to learn, is ninth.

Californians flaky? No. Except in one respect: we too often neglect ourselves and our neighbors.

According to the most recent California Civic Health Index, the percentage of Californians who reported having worked with neighbors to fix a problem is below the national average. We also pay less attention to politics, consume less news, and discuss current affairs with friends and family less than other Americans. We ranked 39th among states in the percentage of residents who do volunteer work for public service organizations. Our rotten state governance system has also diminished our commitment to education. (Even so, virtually every other state is less generous—which is to say, flakier—when it comes to helping the poor.)

So how can we do better?

One simple way: to flake more.

I’m lucky to have a great job, but I have endless responsibilities (this column is just one of them), a boss who calls a lot of meetings, and a commute that can take two hours each way. I leave early, get home late, work seven days a week, travel the state, and spend what little remaining time I have with my wife and two small children. I don’t know my neighbors.

So here’s what I suggest: Let’s spend less time on work and more on our communities. Let’s stop making up for the laziness of Americans elsewhere and start making life better for ourselves. Let’s rediscover our inner flake.

In that spirit, maybe I will blow off next week’s column.