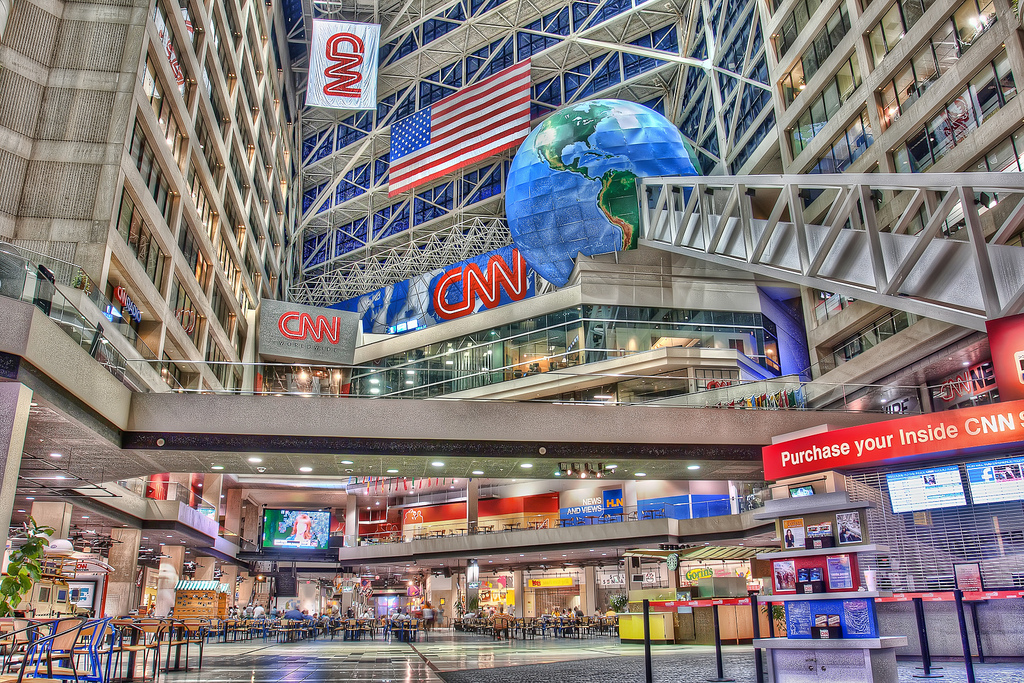 You’ve got the solution to CNN’s problems. I can see you cradling a good pinot after a dinner party when you say, “They just need to tell great stories, like they do in The New Yorker. Then people will watch.” You imagine yourself sending a crack producer into a breaking news location to find those great stories. Here’s the problem, though. When your hero producer shows up to the scene, he’s about to become part of an internal culture clash.

When he checks in with the “site supervisor,” the CNN veteran who is running coverage for the network on the ground, this equally strong journalist greets your hero’s story hunt with a sympathetic “dude, who’s got the time?” shrug. They argue a bit. Your hero says he needs a crew to chase a compelling sidebar—the 80-year-old civil rights icon who hasn’t left her house during a hurricane since the 1970s—but the CNN veteran says no, he needs someone to shoot live shots of the anchor on the sunny beach, a full day before the storm hits. Walking away, your hero mutters, “Old goat doesn’t even know what a real story is.” The CNN veteran thinks, “Young punk doesn’t even know who pays the bills.”

The veteran’s right. Your hero’s finely crafted piece that lasts about four or five minutes, a custom fit within a well-designed program, will run once. But the crew that does live shots will service more than 100 affiliates (who pay for the service) and, between live shots, turn the camera on the myriad on-location guests booked by HLN (the channel formerly known as CNN Headline News), CNN International (CNNI), and CNN Español (CNNE), all of whom will sell ads against their programming. The simple “day wrap” piece that is edited from the press conferences and stock B-roll—like that hackneyed piece showing people boarding up their windows and stocking up on water—will run four times on CNN and more than a dozen times over CNNI’s regional feeds and CNNE. We haven’t even talked about CNN.com yet. Sure, your hero’s story might show up there; it’ll be nice. Once. Meanwhile, the live shot crew will play a role in several CNN.com stories. So who keeps his job?

Here’s a fact you may not know: CNN has been growing in profits every year since the last century. There’s a media-column narrative of CNN failure (with air cover attacks from Jon Stewart every few nights), but it stands in contrast to remarkable business success. Behind that success is, in the words of executives, “a steady hose of revenue,” which includes a slice of your monthly cable bill. Your cable company pays CNN for the privilege of having it on your cable box. Does that cable executive want your hero’s finely crafted piece of storytelling? No, he wants to be sure that the live shot crew is available for breaking news.

Every leader of the domestic network has tried to establish longer-form story telling; every effort has failed, mainly because that’s not why you, The New Yorker reader, turn on CNN. You turn it on to see if there’s huge breaking news, and to be able to say you saw it live when you go into the office tomorrow.

Which brings us to Jeff Zucker, the new top dog at CNN. Zucker became renowned as the wunderkind executive producer of the Today show years ago. Most of the coverage around him has focused on whether he would bring a morning-show vibe to the World’s News Leader. Arguably, he answered that question early on with a resounding “yes,” when he commissioned full day, all-in coverage of that stranded cruise ship in the Gulf of Mexico. But you should know the type of news is the noise. As Nate Silver would tell you, focus on the signal.

CNN’s age-old dilemma is how to engage an audience when there’s not breaking news. For Zucker, the answer appears to be that there is no such time: Any and all “human drama” can be teed up to play the role of the breaking news you must follow. If there is not a Boston terrorist attack or a devastating tornado or a presidential election, then pretend that there is an equally significant story, even if it’s just a faux blonde on trial for murder in Arizona.

Will the conceit work? Will CNN’s brand and credibility suffer over time if it affords such blow-out coverage to tabloid fare, on a par with how it covers civil war in Syria?

Such questions have loomed over CNN ever since it became a major player after the first Gulf War. And all along, the internal battle has been between your hero journalist and the CNN vet who pays the bills.

Over the years, waves of idealistic executives and journalists have arrived from other broadcast networks and walked into the wall of CNN’s business model. The problem? Their previous jobs asked them to fill just a half hour a day (evening news) or even less. With 24 hours to fill, and umpteen ancillary mouths to feed (CNN.com, HLN, hundreds of affiliates, radio, mobile), the carefully crafted pieces they used to run on the networks don’t work. It’d be, well, like hiring a guy who runs Apple’s stores to run all of J.C. Penney.

Of course, plenty of journalists at CNN are doing superior work, some even telling great stories while covering breaking news. But it’s gotten harder and harder, especially as leadership of the U.S. network has changed every other year (on average) for the past 15 years. One advantage Zucker has is that he’s in charge of all of CNN, which remains profitable, even as most of the media headlines focus on the ratings of the domestic news channel. That gives him more power to use the entire company to help boost those ratings, as opposed to most of his predecessors, who, arguably, were working against their peers’ best interest when they tried to tell those more interesting, cost-intensive stories.

One way to bridge these two cultures is to hire a lot of good reporters to break little pieces of news rather than try to tell nine-minute stories that their audience has never really seemed to want. (Don’t tell me, “But people watch 60 Minutes.” That show has the NFL as a lead-in, and CNN has tried magazines repeatedly, to little success, even when they featured an interview with Osama bin Laden in 1997.)

The early returns on Zucker’s reign are good. Ratings have been up, especially versus MSNBC. But let’s revisit in a year, when we have more data, more waves of news cycles, and more politics. And Zucker’s not been immune to mistakes. He canceled a truly dopey all-talk prime time show just a week after it launched.

Here’s hoping Zucker’s unique power allows him to crack the code of high profits and high ratings while doing great journalism. There are tremendous people working inside the company, trying like hell to tell great stories and restore the brand to what it meant when we first heard James Earl Jones say, “THIS is CNN.” They deserve to succeed.