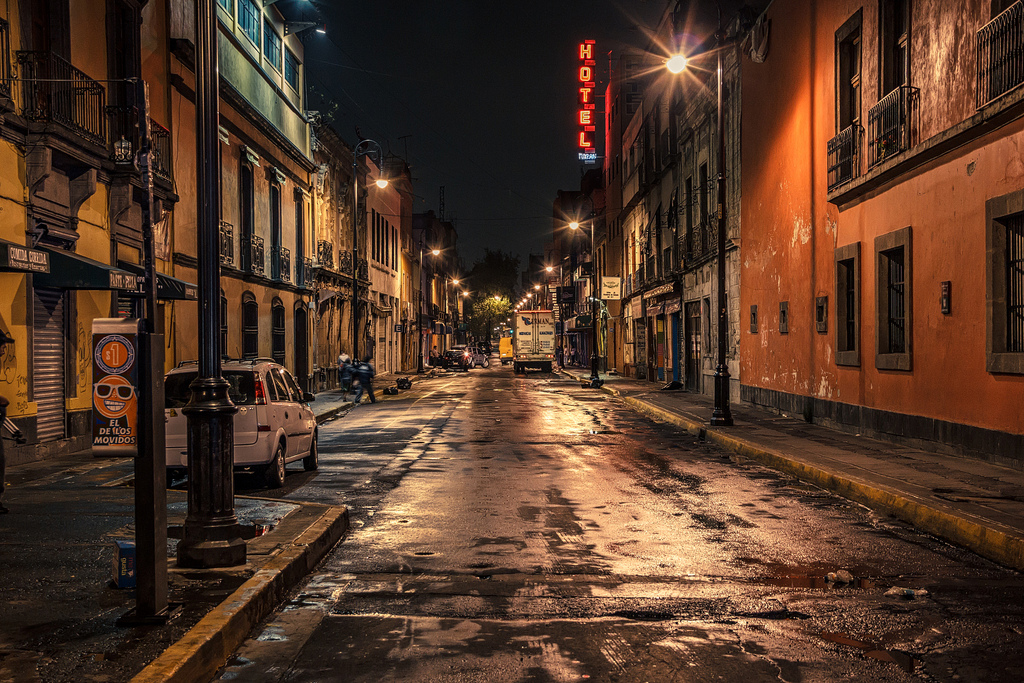 Alfredo Corchado moved to the U.S. from Mexico as a boy but dreamed for years of returning to his home country. But when his work as a journalist brought him back in the 1980s, his homecoming was bittersweet. His joy was tempered first by financial troubles, and then by drug violence. Corchado visits Zócalo to tell his stories of reporting from Mexico’s drug wars—and why he remains hopeful for the country’s future. Below is an excerpt from his book, Midnight in Mexico: A Reporter’s Journey Through a Country’s Descent into Darkness.

I am a son of Mexico. I come from a typically large Mexican family—I’m the eldest of nine. Tradition in my Durango town of San Luis de Cordero dictated that our ancestors buried the umbilical cord of every newborn to remind us—especially those destined to leave—of a place of first sunsets and sunrises: No matter how far I traveled, I’d never forget. More than half the town’s population of 2,000 worked in the United States at some point—among them, my father, a bracero, part of a generation of temporary guest workers whose sweat slowly transformed the face of the United States.

I arrived in the United States in 1966, kicking and screaming, pledging to my parents—Juan Pablo and Herlinda—that one day I’d return to Mexico and prove them wrong about the promise of the United States. I’d echoed the words of my tío Delfino, who refused to go north. He reminded us that Mexico wasn’t cursed by history, but by betrayal. My parents proved my distrust of the United States wrong by giving us the possibility of reinvention in a new land.

In California’s San Joaquin Valley, my father drove tractors and my mother stooped over a short hoe weeding fields of sugar beets and lettuce. My brothers and I joined her picking every imaginable crop to help keep America fed. We grew up cramped in a trailer house surrounded by fields of melons. Later my parents took our dreams to El Paso, a city along the U.S.-Mexico border, across from Ciudad Juárez.

The excitement of that place was a catalyst for an aspiring journalist, the profession that paved my way home. From my parents’ small restaurant, Freddy’s Café, three blocks from the international bridge, I plotted my return to Mexico. As a student at El Paso Community College, followed by the University of Texas at El Paso and later as a reporter for the Herald-Post, I crisscrossed the border and shook with excitement at what, throughout the 1980s, felt like a people’s revolution taking place just feet from U.S. soil. I was inspired by men and women hell-bent on reclaiming a nation beset by one-party rule, a powerful oligarchy and entrenched monopolies.

Even when I went north to further my career, Mexico remained close. In Philadelphia, where I worked in the Wall Street Journal’s regional bureau, I’d spend long winter nights alongside my new friends Ken Trujillo, David Suro, and Primitivo Rodriguez. At the time we believed we were the only four Mexicans in Center City, where we talked the same big ideas about what Mexico could be as we nursed tequila. I was drawn by their resilience, the daily greetings of Buenos días, Buen provecho, Buenas tardes, the haunting smell of corn on a cob and the sounds of Javier Solís.

Just as Mexico’s hopes fell with the latest peso devaluation, mine rose with my job at the News. I was finally home. Mamá was proud that her son, a high school dropout, had finally made something of himself, but she would have preferred I did something else—and, certainly, somewhere else. She dreaded the day when we’d drive to the El Paso International Airport, where I would catch a flight to my new home, Mexico City. As we said good-bye, she watched me with her lips pressed together and eyes that said, “I’ve lost one. I will not lose another.”

The homecoming was bittersweet. I loved the strength I saw in the streets, the cry for democratic change, the young and old, the men and women marching through the streets of Ciudad Juárez, of Guanajuato, San Luis Potosí, Monterrey and, of course, Mexico City. But I’ve lost count of the number of times I walked back from El Zócalo or the Angel of Independence, feeling hopeful about Mexico’s future, only to gradually watch the country plunge further into darkness.

I arrived as the Party—the Partido Revolucionario Institucional, or PRI, as the regime was known—was in a nosedive, as was the peso. The party had been created in response to the instability and political assassinations that followed the Mexican Revolution. It worked so well that the PRI had ruled Mexico since 1929, taming any unrest by crushing or co-opting rivals.

Twelve years after the devaluation of 1982, however, the regime could no longer mask gaping problems in the economy, impunity in the justice system or pervasive social inequality. I watched the clock tick past midnight on New Year’s 1994 with my then best friend, Angela. Uneasiness hung in the air. Mexico City seemed to stand still, eerily quiet, as did the rest of the nation.

I was convinced that my coverage would serve as a bridge between two countries. The United States had long pushed Mexico to clean up its house, tackle corruption, strengthen wobbly judicial institutions, and stem the cartel tide. Few listened. I certainly didn’t. It wasn’t my reporting beat. We had one of the best reporters covering drug trafficking and all the ills that came with it. But the newspaper industry was unraveling. A staff of 12 led by Tracey Eaton, our narco beat reporter, was dwindling. Suddenly, I was thrust into a darker story of Mexico as I took up the cartel beat.

Like many in Mexican society, I had convinced myself the country was on the right track, but we now watched hopelessly as a small, powerful group of men with big guns, protected by corrupt government officials, held a nation hostage. The conditions—poverty, impunity, corruption—were so deeply rooted that any region facing the threat of traffickers was swallowed by violence.

All I could do was hold on to the best of my ability.