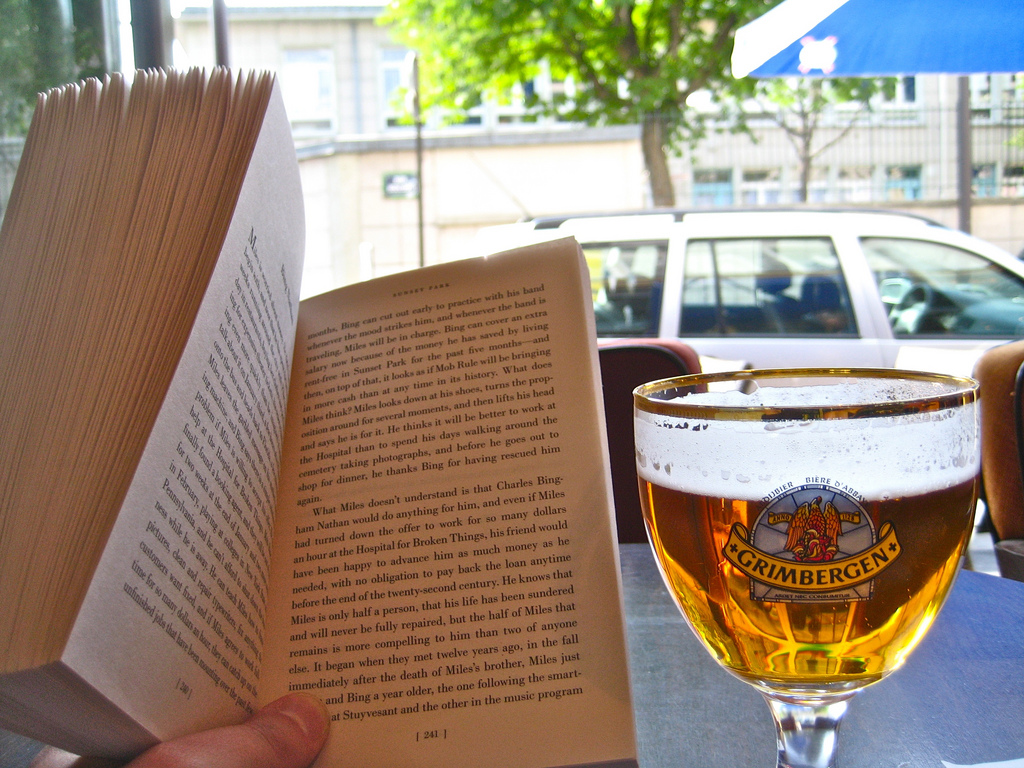 Does the impending summer heat threaten to slow your brain? Fear not: Zócalo has an antidote to the dog days of air-conditioned naps and cold beers. We asked some of the thinkers we respect most—by which we mean recent Zócalo guests, of course—to pick the best, smartest summer reading around. Below are their capsule reviews of new and recent nonfiction books that will keep your mental wheels turning on even the most languid afternoons by the pool.

My Beloved World by Sonia Sotomayor

The obstacles Sotomayor overcame to get where she is today are amazing, and the lessons she has drawn from her life to impart to others are inspiring. I also think it’s particularly cool that the book was published simultaneously in English and Spanish.

—Linda Greenhouse is a longtime Supreme Court watcher and the Knight Distinguished Journalist in Residence and Joseph Goldstein Lecturer in Law at Yale Law School.

The Payoff: Why Wall Street Always Wins by Jeff Connaughton

This fascinating but disturbing memoir exposes how poorly our political system works when it comes to controlling the financial industry and why, when it comes to Washington, D.C., as Senator Dick Durbin admitted in 2009, “Wall Street owns the place.” Connaughton, who worked for Joe Biden and Senator Ted Kaufman and as a lobbyist, gives a vivid portrait of what he calls “D.C. style,” which helped me understand why I found Capitol Hill so baffling and difficult. It confirmed my worst fears but also convinced me it is very important to alert and engage the public.

—Anat Admati is the coauthor of The Bankers’ New Clothes and an economist at Stanford University.

Empire of the Summer Moon: Quanah Parker and the Rise and Fall of the Comanches, the Most Powerful Indian Tribe in American History by S.C. Gwynne

I simply couldn’t put this book down after reading the first chapter. Using the tale of Quannah Parker, the great Comanche leader, Gwynne develops a story of the life and times of the Comanche nation. The Comanche were feared warriors who became the dominant military force in much of the Great Plains. Quanah Parker, the son of a warrior and Cynthia Ann Parker, who was kidnapped by the Comanche at a young age, rose to become a major chief who led his nation during a time of unprecedented change.  A narrative of an exceptional person and a dominant nation at a time of upheaval, Empire of the Summer Moon makes for engrossing and memorable reading.

—Neil Shubin is the author of The Universe Within and a paleontologist at the University of Chicago.

Merchant, Soldier, Sage: A History of the World in Three Castes by David Priestland

It’s absurdly simple as a framework, but once you start thinking about it and engage with the book, it just makes so much sense. It will really change how you think about both history and power.

—Mark Blyth is the author of Austerity and a political economist at Brown University.

Shakespeare Saved My Life: Ten Years in Solitary with the Bard (A Memoir) by Laura Bates

Bates, an English professor at Indiana State University, discusses her experiences teaching Shakespeare in prison. Her memoir is yet more proof that there are prisoners locked away in solitary confinement who hunger for the opportunity to be intellectually and creatively engaged and can be rehabilitated. During classroom discussions and in their written work, Dr. Bates’ incarcerated students bring Shakespeare’s words to life with their insightfulness, proposing literary interpretations that rival those of acclaimed Shakespearean scholars.

The Power Surge: Energy, Opportunity, and the Battle for America’s Future by Michael Levi

There is a lot of talk today about the revolution in U.S. energy, and this book is the best I have seen in laying out what really is and isn’t happening, and providing thoughtful ideas for the steps forward.

—Shannon O’Neil is the author of Two Nations Indivisible and a Latin America analyst at the Council for Foreign Relations.

The Way of the Knife: The CIA, a Secret Army, and a War at the Ends of the Earth by Mark Mazzetti

This is the new book I want to read. The rise of drone warfare and the blurring of the lines between intelligence, counterterrorism, and war-fighting are all major legacies of the last decade. I heard Mazzetti speak at a conference I organized last month in D.C., and he was terrific; every indication is that this book is one of the best accounts yet of how the use of American power has been transformed in the years since 9/11.

—Kal Raustiala is the coauthor of The Knockoff Economy and director of UCLA’s Ronald W. Burkle Center for International Relations.

Gulp: Adventures on the Alimentary Canal by Mary Roach

I adore every single word that Mary Roach writes. She can make any topic hilarious and fascinating. Her book Bonk, about the science of sex research, is the single funniest book I have ever read. And even though I am doing research for NASA, I learned a ton about planning a Mars mission from her book Packing for Mars. Her latest book, Gulp, is about the disgusting journey from mouth to toilet. I wouldn’t necessarily call it thoughtful or provocative, but it will be a fascinating, surprising, entertaining read.

—Traci Mann is a social psychologist at the University of Minnesota.

Monkey Mind: A Memoir of Anxiety by Daniel Smith

This is an honest, smart, and funny story of a man’s surprising journey into understanding his own anxiety. Written with a memoirist’s raw honesty and journalist’s innate curiosity, Smith weaves fascinating digressions into medicine, culture, and scientific research throughout his own entertaining narrative. It will make you laugh while simultaneously teaching you something you didn’t know before. Whether you feel anxious all of the time, sometimes, or rarely, this book will leave you feeling calmer by the end of it.

—Erika Hayasaki is an assistant professor of Literary Journalism at UC Irvine and author of the forthcoming book The Death Class.

The End of Night: Searching for Natural Darkness in an Age of Artificial Light by Paul Bogard

There was a time when shimmering stars and the glow of the Milky Way stood out against the black sky of moonless nights. Today, millions upon millions of glowing bulbs generate a collective radiance that blots out the night. Bogard asks what happened to darkness. And what does the loss of darkness mean to man and beast?

—Bill Streever is the author of Cold and Heat and a biologist.

And Die in the West: The Story of the O.K. Corral Gunfight by Paula Mitchell Marks

I didn’t grow up in this country—I’m from Brazil—but, oddly, one of the most popular clapping games I played growing up featured a man born in the Old West and raised among the brave: Bat Masterson. I never knew who he was until, while on assignment in Tombstone, Arizona last summer, I stayed at a hotel that featured the names of men who fought in the O.K. Corral Gunfight. Turns out Bat Masterson was one of them. So I bought And Die in the West. People who are interested in history, in the Old West, and in colorful gunfights are bound to like it.

—Fernanda Santos is the Phoenix bureau chief for The New York Times.