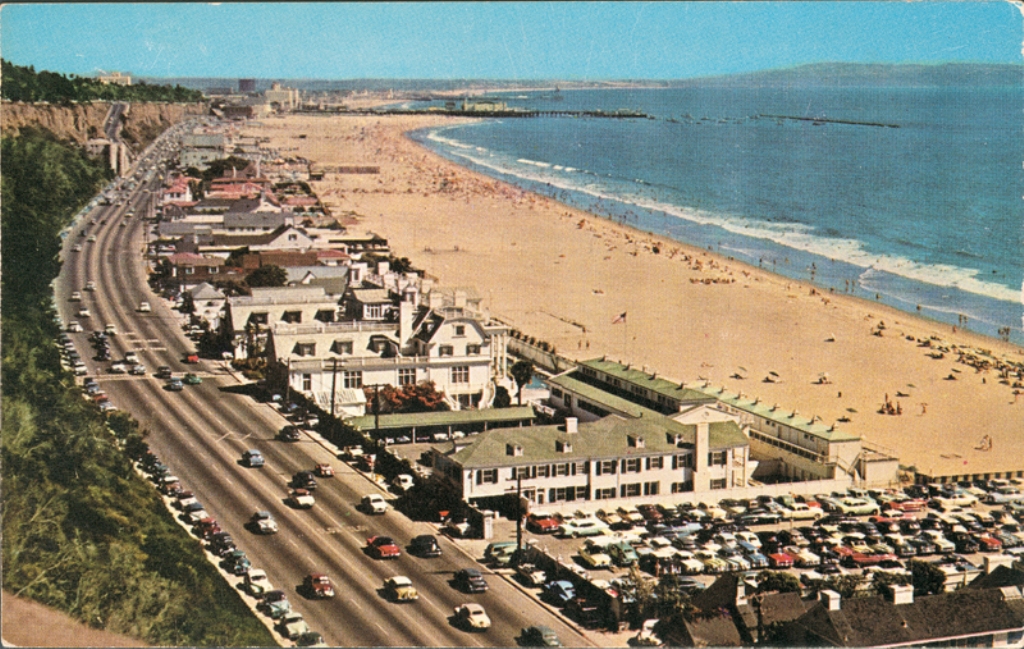 I can’t think of a song about an apartment. Nor can I recall a single poem or novel about one. (I do remember a great little movie many years ago with Jack Lemmon and Shirley Maclaine—a romantic romp called The Apartment—but that’s the exception.) It is odd, because apartments are where many of us live, our dreams take shape, and our everyday stories unfold.

Maybe you think of Santa Monica as a place of sea breezes and ocean beaches, of suntans and surf. But for me the core of Santa Monica is the apartment. Over 60 percent of the residents are renters, and many are combatants in a miniature class war that never stops. They are haunted by one question: Will someone try and take my apartment away? If you understand that simple fact, you’ll appreciate a lot of what makes the town tick.

When I first moved to Santa Monica, the year was 1973, and Santa Monica was not yet a bedroom community for the rich. It was still “Oshkosh by the Sea,” a town without traffic jams or movie stars. Third Street had no fancy Promenade, and the old downtown had a single department store, Henshey’s, which was owned by a local family that was as civic-minded as could be. Main Street was shopworn and tired.

The Chamber of Commerce and local newspaper, The Evening Outlook, ran the place. The seven-member at-large city council was an unabashed bastion of conservatism. They had grand ideas and visions for the city—most of which were terrible, and all of which set off firestorms of protest. One plan was to tear down the Santa Monica Pier and build an Island in the Bay with a freeway out across the Pacific leading to Malibu. (Don’t ask why this was supposed to be a good idea.) It failed. But other plans succeeded. One brought the shopping center now known as Santa Monica Place to the southern end of the Third Street Promenade. Another brought high rises to Ocean Park.

People who lived in Santa Monica loved their neighborhoods, loved their Pier, and generally picked up that the city council was trying to benefit special interests instead of ordinary voters. But the majority, the renters, didn’t exercise their power. Only 15 percent voted in local elections, and most didn’t even know who their mayor was. (Many thought the mayor of L.A. was their mayor.) My mission, as a full-time organizer in Ocean Park, was to help change all of that.

My first apartment in Santa Monica was a one-bedroom maid’s quarters facing a front yard on Third Street in Ocean Park. Rent was $90 a month. Jim Conn, the minister of the Church in Ocean Park, had found it for me. I was coming off several years as an organizer with the farmworkers movement, most recently with a stint on the East Coast. I returned to California in early 1973, and Jim hired me as a community organizer to assist in the fight against the Ocean Park Redevelopment Project. Meanwhile, he put together a congregation at the Church in Ocean Park, a traditional Methodist church building at Second Street and Hill Street.

Ocean Park is a neighborhood located right along the beach in the southern part of Santa Monica. It was and is an area known for its creative types. It was also, for many years, one of the poorest parts of town. The City Fathers hoped to evict the low-income people there and, with help from Washington’s newly created Department of Housing and Urban Development, replace the homes with luxury high-rise apartments. This was to happen on a 25-acre section right along the beach in the southernmost section of town, a community of low-income seniors and Latino families. It was called the Ocean Park Redevelopment Project.

By the time I arrived, half of this plan had already been achieved. Two giant apartment complexes had gone up by the water. (They remain today.) A second phase that was moving forward called for two more high-rises, 14 stories each, and not an inch of parkland nor a single unit for any of the low-income families and seniors moved out of their homes against their will. As an organizer at the Church in Ocean Park, my job was helping people to mobilize against Phase Two.

Bad as things looked, we felt a sense of momentum. Activists had already banded together in 1971 to save the Santa Monica Pier, a grassroots campaign that was so powerful it led to the removal of three council members and the city manager. After a long fight, one that finally involved the brand new California Coastal Commission, we came to a deal that lowered the density of the project, created 100 units of senior housing, and forced the construction of a six-acre public park and of two access-ways through the project to the beach. It was a major victory for the neighborhood, and it heralded a shifting of power in Santa Monica.

One hotspot for reformists in those days was Al’s Kitchen on the Pier. Al’s was a hole-in-the-wall hamburger and fish place owned by a woman named Joan Crown and managed by Jack Sikking, who would hold court at a corner table on a patio behind the restaurant. Jack, a reserved, good-hearted man in his 40s, was a straight-up political genius. Without any formal training in politics, he’d figured out where the real centers of political power in the city were, what their vulnerabilities were, and how to tap the best instincts and energy of citizen activists. Activists gathered there for breakfast, lunch, and dinner to discuss how to take power away from developers, The Evening Outlook, and the banking and real-estate interests.

The other primary locus for us reformers was the Church in Ocean Park. Two years after Jim Conn’s arrival, the place was buzzing with a childcare center, a community center, a women’s center, a low-income legal center, and a community organizer (me). The church had its own improv group (known as Public Works), which would do shows every Friday and Saturday night. Artists brought their work to the church. Poets read to audiences large and small. It was a place of innovation.

I remained an organizer at Jim’s church for a little over three years. Then I began to work on other issues in the city and went on to a career as an organizer and an advocate. Those years in the mid-1970s gave me not only the tools to do this work but also the inspiration to know that social change and social justice are possible and real. And the power shift we set in motion led to the most dramatic change of all in Santa Monica: rent control, enacted amid runaway inflation in 1979.

Santa Monica in the old days—the days I knew from 1973 through the ’90s—was, to be frank, a hell of a lot more fun than it seems to be today. We activists lived in Ocean Park and never went north of Montana because that was “north of the people.” Tuesday evenings meant city council meetings and then talk, talk, talking at Zucky’s Deli (now long gone) on Wilshire and Fifth Street. Mornings meant a long breakfast, often at the Omelet Parlor on Main Street. There were telephones in each booth, because so many unemployed actors and political organizers came in for breakfast. Unlike most places, it looked down on smokers: you had to get up and fetch an ashtray.

There is a great temptation to simplify and make cute what Santa Monica was in those days. But the fights were serious, and passing rent control ultimately brought stability and peace to thousands of renters. All of this emerged from a citizen’s movement that had a vision of cities as more than simply eminent domain for well-connected developers with bulldozers. Cities are places where people live, and those people deserve some security in their homes.

So if you drop by for an overpriced latte along the Promenade, you can rest assured that somewhere nearby is an apartment with a senior citizen who is living without fear of removal. And if you enjoy a walk to the end of the Pier or along the coastline, you can credit the successful fights to enhance coastal access for everyone. Santa Monica is a complex little city where the experiment of democracy led to wonderful results. It isn’t perfect, but it is much better than others would have made it.