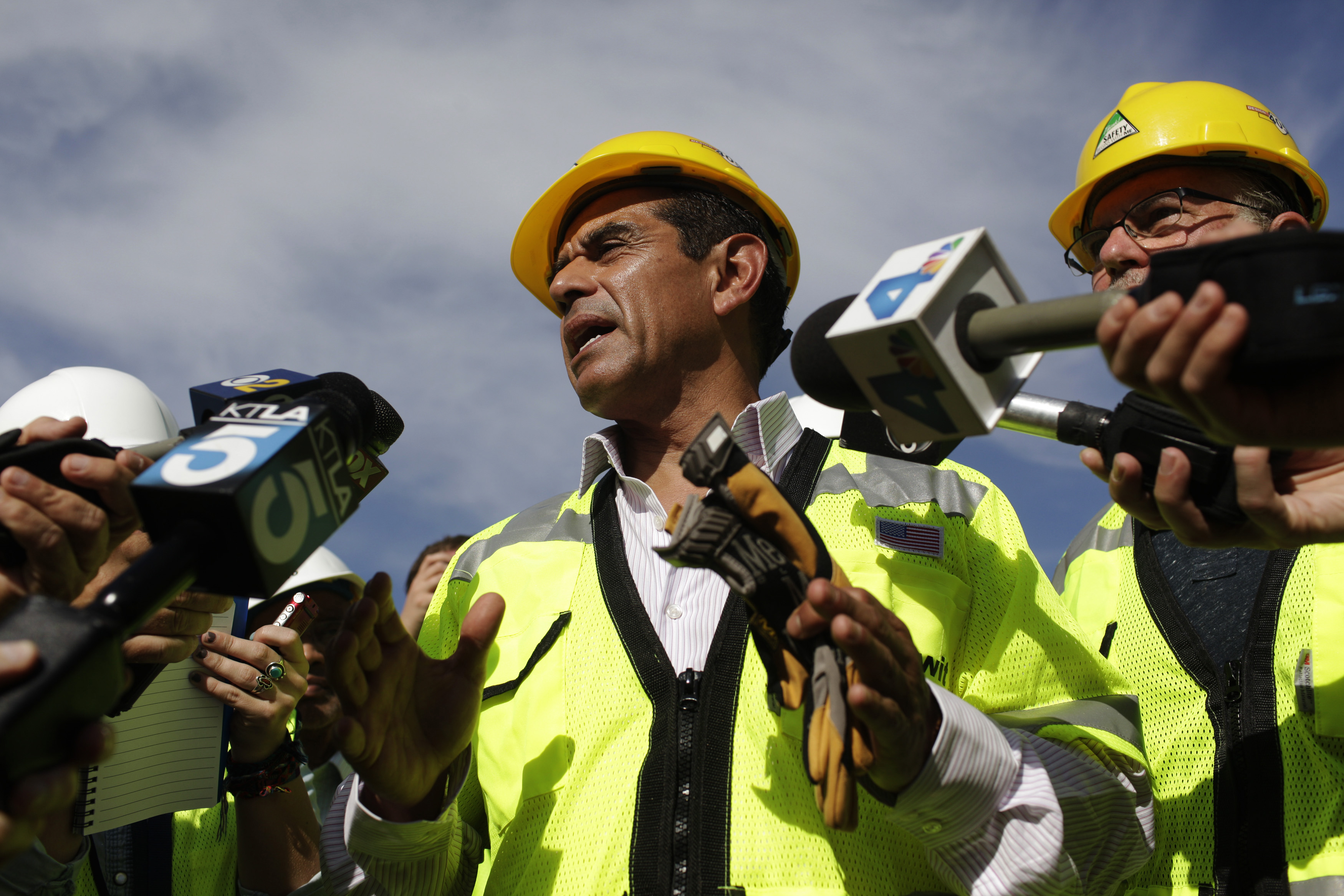 You’d think those facts alone would make me happy to see the mayor ride off into the sunset. But the opposite is true. I’m going to miss Mayor Villaraigosa. Not because of the name-calling or for any good government reasons (like most Angelenos, I don’t pay very close attention to the minutia of local politics), but because Antonio was fun to watch. And he was fun to watch for the same reasons he could insult me to my face: He couldn’t hide his rough edges. His impetuousness sometimes got the best of him. And, over the years, he transformed, visibly, into a smoother, better, more effective politician.

Now don’t get me wrong, the mayor and I have never particularly liked each other. Our relationship has been, by definition, adversarial. (Tagging along on a 2006 Asia trade mission, I was left off a bus in Beijing. When I asked the mayor why, he addressed both his aides and me in response: “Why did you leave my friend Gregory off the bus—even though he is an asshole?!”) I’ve been writing about Antonio for a variety of publications for nearly 20 years, and, hell, if I were him, I’d hate my guts. I first interviewed him in 1994, the day after he was elected to the California State Assembly. He was the subject of many of my Los Angeles Times columns as well as cover stories I wrote for the now-defunct California Journal magazine when he became speaker of the Assembly in 1998 and for Newsweek in 2005 when he was elected mayor of L.A.

I’ve written some nice things about him through the years. (When he complimented me on one such story, I, in a brusque effort to keep journalistic distance, told him, “This doesn’t mean I don’t think you’re an asshole.”) I’ve also written some things that could be considered downright harsh. All in all, I’d like to think I’ve kept the mayor on his toes. He has certainly kept me on mine.

In 1994, he was a rather parochial leftist ethnic advocate. Four years later he had turned himself into a pragmatic, politically savvy insider. By the time he first ran for mayor in 2001, he had morphed into an inspirational man for all people, an apt political figure for the amazingly diverse new L.A. Once he became mayor, the one-time union activist mastered the art of hobnobbing with the rich and powerful.

We all know Antonio Villaraigosa’s imperfections, but rarely do we acknowledge how his own hyper-awareness of his foibles drives his ambition and his evolution as a politician and a man. Love him or hate him, Antonio never stands still or leaves well enough alone.

None of this is to excuse those foibles, but simply to recognize that his well-recognized flaws are also the source of his striving.

In politics as in life, moral rectitude is overrated. And let’s be honest, it’s also a little boring. Somewhere on my refrigerator door, I have a red, white, and blue magnet I picked out at the Lincoln Presidential Library in Springfield, Illinois. It’s emblazoned with one of Honest Abe’s best quotes: “It has been my experience that folks who have no vices have very few virtues.”

Call me crazy, but I like to see some reflection of humanity in my elected officials. I preferred junk-food Bill Clinton over the vegan version. It comforts me to know that from time to time, No Drama Obama has a hankering for nicotine. When all is said and done, Mayor Villaraigosa’s less-than-angelic persona made him interesting, approachable, and ultimately, pretty damn entertaining.

One morning about a year ago, I was walking down Wilshire to my old office in Koreatown when a dark SUV slowed down and sidled up to the curb in front of me.

For a moment I thought I was either going to become an FBI detainee or the victim of a gangland shooting. But just before I could make a run for it, a beaming Antonio Villaraigosa popped his head out of the passenger window and cheerfully yelled out my name. For an instant, the spontaneous absence of pomp or circumstance made Los Angeles feel like a small town.

At his best, that’s what Villaraigosa did for L.A. Whether it was by throwing out the first pitch at a Dodger game, shaking hands with people boarding their bus on the Orange Line, or just stopping to say hello, he made us feel like we were all in it together. And that our town worked: He was the Roosevelt High grad done good whose very success was a reflection of L.A.’s social progress.

So, yes, I’m going to miss Mayor Villaraigosa. You could call him many things, but because he showed up, you could do it to his face.