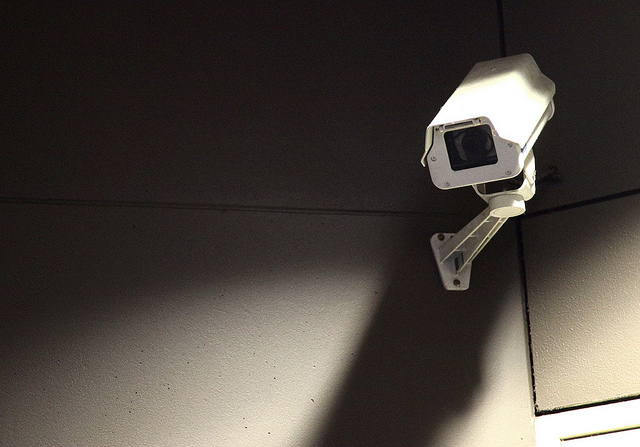 California and its businesses have a problem. It’s called the National Security Agency.

That may sound provincial. The debate over the massive NSA surveillance programs disclosed by Edward Snowden is a national and global matter, not just a California concern.

But the disclosures—and the U.S. government’s reaction to them—hit at the heart of California’s economic life. Whether you believe the massive collection of phone and electronic records is a scary invasion of privacy or a necessary defense against terrorism, you should worry about our state’s exposure to the fallout.

Our leading industries—shipping, tourism, technology, and entertainment—could not survive, much less prosper, without the trust and goodwill of foreigners. We are home to two of the world’s busiest container ports, and we are a leading exporter of engineering, architectural, design, financial, insurance, legal, and educational services. All of our signature companies—Apple, Google, Facebook, Oracle, Intel, Hewlett-Packard, Chevron, Disney—rely on sales and growth overseas. And our families and workplaces are full of foreigners; more than one in four of us were born abroad, and more than 50 countries have diaspora populations in California of more than 10,000.

Hollywood and Silicon Valley are as important as Washington’s politicians and foreign policy wonks, if not more so, in shaping the image of the United States overseas. But news that our government is collecting our foreign friends’ phone records, emails, video chats, online conversations, photos, and even stored data, tarnishes the California and American brands.

The response from America’s leaders? “With respect to the Internet and emails, this does not apply to U.S. citizens and it does not apply to people living in the United States,” said President Obama, as if the privacy and trust of foreigners were of no consequence. Similarly, James Clapper, the director of national intelligence, said that the Prism program, which taps into online communications, “could not be used to intentionally target any U.S. citizen.”

Such statements should be chilling to Californians.

Will tourists balk at visiting us because they fear U.S. monitoring? Will overseas business owners think twice about trading with us because they fear that their communications might be intercepted and used for commercial gain by American competitors? Most chilling of all: Will foreigners stop using the products and services of California technology and media companies—Facebook, Google, Skype, and Apple among them—that have been accomplices (they say unwillingly) to the federal surveillance?

The answer to that last question: Yes. It’s already happening. Asian governments and businesses are now moving their employees and systems off of Google’s Gmail and other U.S.-based systems, according to Asian news reports. German prosecutors are investigating some of the American surveillance. The issue is becoming a stumbling block in negotiations with the European Union over a new trade agreement. Technology experts are warning of a big loss of foreign business.

John Dvorak, the PCMag.com columnist, wrote recently, “Our companies have billions and billions of dollars in overseas sales and none of the American companies can guarantee security from American spies. Does anyone but me think this is a problem for commerce?”

Unfortunately, California is in a poor position to do anything about all of this, since we are part of the United States. As USC’s Abraham F. Lowenthal observed in his indispensable book, Global California, “California has the power as well as the global links and interests of a nation” but “it lacks the legal attributes and policy instruments of a sovereign country.”

Being an American state is an enormous headache at times like these—when the U.S. government is violating the privacy of foreigners who do business with us, when coal-producing states block renewable energy legislation, and when Congress, in the name of immigration reform, wants to further militarize the border between California and its most important export market, Mexico. It doesn’t help when our own U.S. Sen. Dianne Feinstein is backing the surveillance without acknowledgment of the huge potential costs to her state.

It’s time for her and House Minority Leader Nancy Pelosi, who has been nearly as tone-deaf on this issue, to be forcefully reminded that protecting California industry, and the culture of openness and trust that is so vital to it, is at least as important as protecting massive government data-mining. Such reminders should take the force not merely of public statements but of law.

California has a robust history of going its own way—on vehicle standards, energy efficiency, immigration, marijuana. Now is the time for another departure—this one on the privacy of communications.

I’m not a big fan of ballot measures, since they often only add more complexity to California’s complicated system. But on this issue, we need laws, perhaps even a state constitutional amendment, to make plain that California considers the personal data and communications of all people, be they American or foreign, to be private and worthy of protection.

Such a measure wouldn’t stop NSA surveillance, nor should it. But it would give California-based companies some leverage to resist the most invasive surveillance demands of federal agencies. And it would send an unmistakable message to California’s friends that we care about protecting their privacy—and keeping their business.