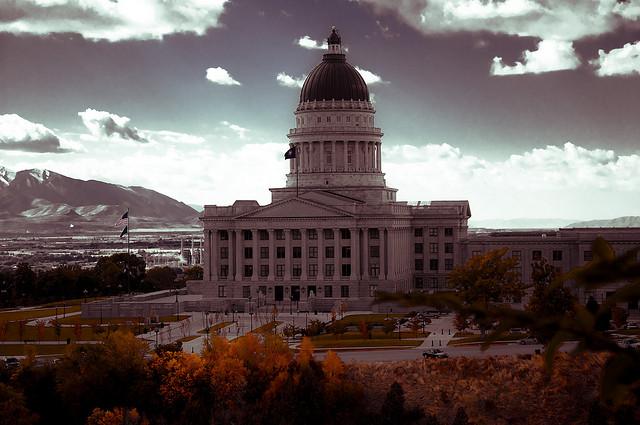 Most Americans can’t stand Congress. I’ve been hooked on it for years. I’ve been an aficionado of our legislative branch for half a century, since I was a kid of 18. I had an odd introduction then to the institution our Founders described in Article One of the Constitution. I participated directly, if insignificantly, in its post-World War II expansion into a huge bureaucracy.

I did this as a member of the laborers’ union in the summer of 1960, when I worked as an “assistant pile-driving engineer” helping to lay the foundation for the gigantic Rayburn House Office Building. This was a ridiculous job, but it paid $75 a week ($584 in 2012 dollars), and I was thrilled to have it.

My role was to count the number of times a steam-powered pile driver was required to whack a steel girder one foot into the hillside of Capitol Hill, where the Rayburn Building’s foundation was being created. The first blow would drive the girder in a full foot. Then, as resistance built, 40 more whacks of the massive hammer were needed to drive it in another foot.

When a girder was firmly set in place, I would wave a clipboard on which I kept my count (using tally marks grouped in fives) at the man operating the hammer from a cab. Then on to the next pile. It took another five years to complete work on this marble monster, which contains 2.375 million square feet of offices, hearing rooms, corridors and restrooms.

Two summers later I went to Capitol Hill again, this time for a much better (though lower-paying) job, my first in journalism. The Associated Press hired me as a copy boy in the House press gallery, a warren of cubicles behind the balcony where reporters sat to watch debates on the floor below. I felt like an anthropologist discovering a strange new tribe—one that was almost entirely male, addicted to tobacco in its many forms (spittoons still dotted the House floor in those days), and full of pompous bluster. I loved it.

The next year I started a half-century career at The Washington Post, and over the years I have spent a lot of time on Capitol Hill. I remember going for the first time to the completed Rayburn building in 1967 and marveling at its scale. I tried to figure out where, beneath it, “my” piles had been driven; I failed.

In the ’70s I spent most of three years as the Post’s correspondent in the Senate. It was a wonderful job. I got to know a lot of senators and aides and watched some history get made. The biggest drama of my years was a long-forgotten battle over the ratification of treaties that returned ownership of the Panama Canal to the Panamanians. Later, as an editor, I came to regard stories about Congress with the bemused curiosity of a fan, albeit a fan who was often disappointed by the outcome of the game. Then again, I was already used to such disappointment: I misspent much of my childhood as a fan of the Washington Senators.

In 1998, when I escaped from management at the Post and returned to the honest work of reporting, I again found myself drawn to Capitol Hill. I tried to figure out the world of Washington lobbying, something we wrote about nearly daily in the Post but didn’t really seem to understand. I spent three years on a project about lobbying and money and wrote a series of 22 articles for The Washington Post that we called “Citizen K Street,” based on the career of one leading lobbyist. Then I spent a year writing a book on money and lobbying in Washington. It was called So Damn Much Money. I liked that title.

Believe it or not, this did not sate my appetite. So I paid attention when Massachusetts congressman Barney Frank, someone I met as a college student when we were both delegates to the National Student Congress, called me at the end of 2008 to suggest that my next project should be to watch Congress respond to the Great Financial Crash of 2008. Frank, then chairman of the House Financial Services Committee, had high ambitions to pass a big reform bill putting new limits on the financial sector’s ability to take the sorts of risks that contributed to the crash. I asked him if he would cooperate—if he would meet with me regularly, let his staff do the same, and allow me to become a fly on the wall. He said yes. Then I went to Senator Chris Dodd, Frank’s counterpart as chairman of the Senate Banking Committee. Dodd agreed to cooperate as well. Thanks to the two of them, I got a unique, inside view of how a big bill gets written and passed.

I’ve now published a book telling that tale. It’s not a pretty story, but it turned out to be exciting. And in the end, unusually, a big and important bill passed. I hope this tale opens peoples’ eyes to how our Congress really operates, from the ground up.

It opened mine to the many ways the culture of Congress has changed, especially in the era of all-out partisan warfare since the early ‘90s. Members of the House and Senate no longer know each other very well, especially across party lines, because almost none of them stay in Washington beyond the standard three or four-day workweek. Policy expertise is increasingly rare—the people drawn to this way of life now seem to like the partisan warfare more than subtle debates on policy, which are rare. In the case of the Dodd-Frank bill, I reckoned that the number of real experts on financial and regulatory issues in the House and Senate was less than two dozen—out of a total of 535. Now the staff does most of the work on complicated bills, as happened in this case. I’m pleased that I could name the key people, largely women, who actually made the Dodd-Frank bill happen. You’ve never heard of them.

There’s probably a 20-year-old in Washington this summer beginning a life-long affair with Congress. I hope it’s as much fun for her as it has been for me, but I have to admit I am doubtful. The Congress I fell for believed in government and in compromise. Those were the days!