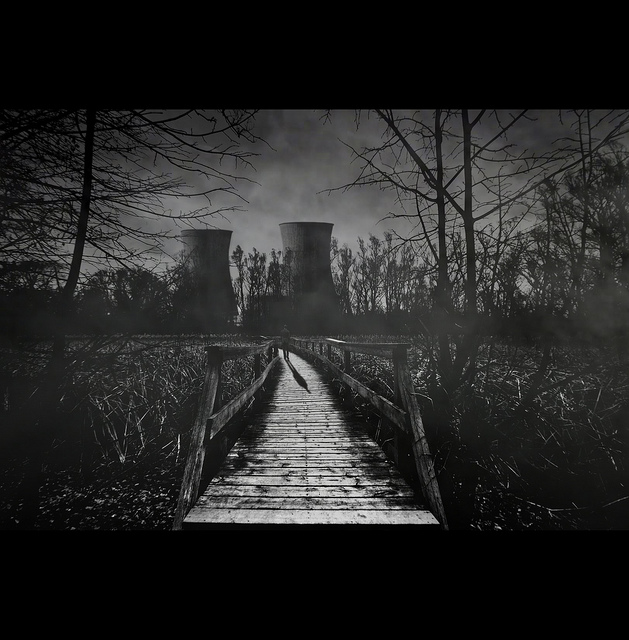 Perhaps the oddest thing about nuclear power’s journey through American history is that we can’t seem to decide whether nukes are dying, being reborn, or walking around as zombies.

On the one hand, nuclear plants have had a bad-news few years. In June, Southern California Edison announced that it would permanently shut its trouble-plagued reactors at San Onofre, which powered 1.4 million homes in the region. By September, the plant will have laid off nearly two-thirds of its 1,500 workers. (The plant was already doomed by a legacy of breakdowns and failed fixes when the Fukushima disaster in Japan persuaded many Californians it posed a threat to the 8.5 million people who live within 50 miles of it.)

This spring, Dominion Resources closed its Kewaunee nuclear plant south of Green Bay, Wisconsin. The plant was in good working order, but falling energy prices made Kewaunee not worth the trouble. (Ironically, Dominion had just received a hard-fought renewal of its operating license for the plant.)

One the other hand, nukes remain central to America’s electric grid, pumping out about 19 percent of our national juice, and die-hard supporters still see nuclear power as a carbon-free cure for climate change.

The industry’s origins date to the 1950s, when “too-cheap-to-meter” nuclear energy was touted as a sidekick to the H-bomb and a mascot for the Cold War. Thanks to quiet, steady growth in the ’60s and early ’70s, approximately 35 plants were in operation by 1977, and construction had begun on 30 more. By then, however, a growing environmental movement was also targeting nukes with mass demonstrations at sites like Seabrook, N.H. and star-studded benefits like the 1979 “No Nukes” concerts.

Around this time, Wall Street also noticed that nuclear plants were not the financial performers they were cracked up to be. After the near-disaster at Pennsylvania’s Three Mile Island, financial interests in new nukes went into cold shutdown.

As Forbes put it in 1985, “The failure of the U.S. nuclear power program ranks as the largest managerial disaster in business history, a disaster on a monumental scale. … It is a defeat for the U.S. consumer and for the competitiveness of U.S. industry, for the utilities that undertook the program and for the private enterprise system that made it possible.”

But things began to rumble in the first years of the 21st century. Fear and loathing of Middle East oil, volatile fuel prices, and growing concern over the climate impact of fossil fuels gave the industry an opening for a comeback.

That all sounds good, in theory. But a couple of footnotes about the “cheap, reliable” part: Southern is looking to have its customers cover what are known as “construction work in progress” costs. In other words, while the industry is willing to profit from its investments in new facilities, if there are losses, they will be picked up by the ratepayers. The Vogtle project is believed to be somewhere between $700 million and a billion over budget already, and 18 months behind schedule.

Has that discouraged government backers? Far from it. The Obama Administration offered Southern $8.3 billion in loan guarantees for the plant, an offer still awaiting final negotiation and acceptance. If you’re keeping score, that’s about 16 times what the White House lent to the ill-fated, crony-infested Solyndra solar venture. Obama has gotten criticized for “picking winners and losers” for Federal subsidies of solar power, but there is no similar uproar over the $8-billion loan guarantee for a new nuclear plant that is already running into trouble.

The pitch of greenhouse-gas-free energy still seems to be powerful. Both of President Obama’s energy secretaries, the departed Nobel Laureate Steven Chu and his successor, nuclear physicist Ernest Moniz, are industry supporters. Even some environmental icons, like Stewart Brand, James Lovelock, and NASA-scientist-turned-climate-activist James Hansen, are willing to back nuclear power as a result. And the industry isn’t shy about trumpeting the clean-air angle. The banner across the front of the Nuclear Energy Institute’s website shows a family running, Sound Of Music-style, across a green meadow beneath a blue sky and the words “NUCLEAR Clean Air Energy.”

Still, all that waste has to go somewhere. For a long time, that was supposed to be Yucca Mountain in southern Nevada. But the Yucca project was billions over budget, more than a decade behind schedule, and the object of thunderous home state opposition. Also, Senate Majority Leader Harry Reid of Nevada successfully pushed the Obama administration to cut funding for the Yucca Mountain Nuclear Waste Repository in 2011. The industry has sued to recover the $32 billion they contributed to operate Yucca Mountain, and nuke plant operators appear to be permanently stuck with “temporary” storage of their waste at their plants.

So is nuclear power back? As of 2013, only four new reactors have broken any sort of ground. But never count out nukes. In most endeavors, there’s a three-strikes-and-you’re-out ethic. Nukes, by contrast, are still batting on strike 17. It’s a testament to how exempt nuclear power appears to be from ordinary market rules. So is nuclear power born, dying, or zombie? Hard to say. But whatever the answer is, it’s probably scary.