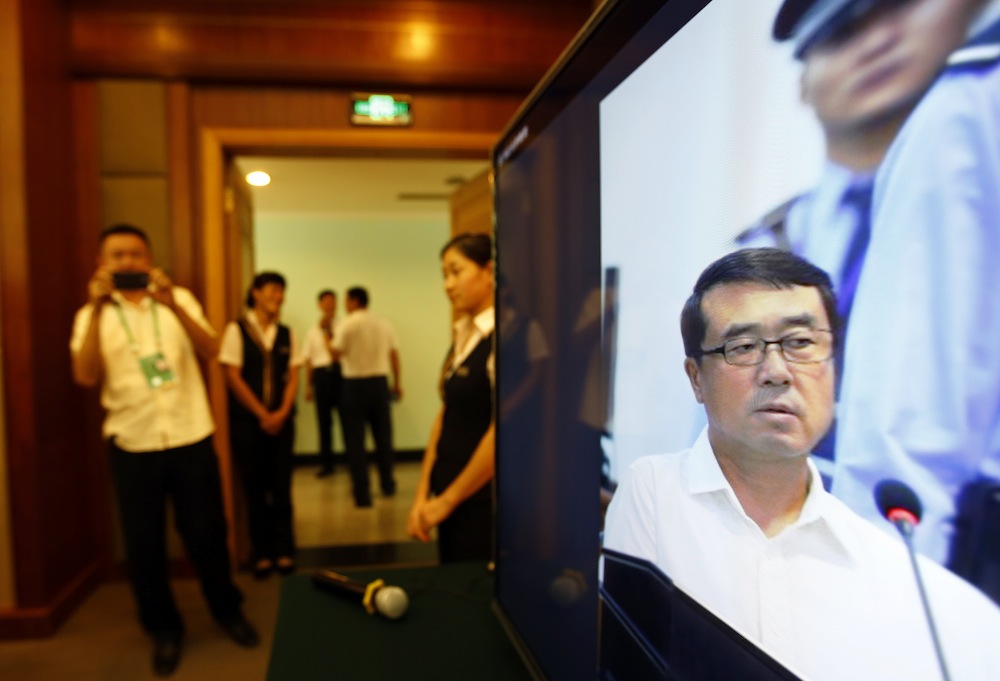 The century is still young, but China has already witnessed its “trial of the century.” Bo Xilai, the charismatic ex-party secretary of sprawling mega-city Chongqing and one-time favorite to join the Communist Party’s Politburo Standing Committee, was tried for corruption and abuse of power last month. The country was riveted by the five-day trial, a salacious melodrama that had all the trappings of a film script: bribes, a love triangle, private jets to ritzy vacation villas halfway around the world, and the murder of a British businessman who may or may not have been a spy.

We were able to follow a lot more of the trial than we’d expected; the authorities even live-blogged much of the proceedings for China’s more than a half-billion Internet users, and transcripts of the trial were widely disseminated. To the dismay of his detractors, Bo remained defiant throughout and vigorously denied the allegations.

The day after the trial came to a close (now Bo is awaiting his sentence), I called my father, a retired engineer living in southwest China, to get his take. He said it was all very interesting, and that the main takeaway for him was that Bo should have surrounded himself with different people, including a different wife.

I interrupted him before he could offer thoughts on the love triangle—there are only so many things you want to discuss with your dad—and asked him how this all compared to the trial of the “Gang of Four” back in 1980. That was also a “trial of the century,” the watershed moment when the ultra-left faction led by Mao’s wife Jiang Qing was tried for the atrocities of the Cultural Revolution, paving the way for Deng Xiaoping to rethink how China might synthesize Communism with the real world. Did he remember a lot about that older trial?

“Yes, I remember that one, but only vaguely,” answered my father.

“Only vaguely?” I said. “Really? Wasn’t that a big deal at that time?”

“It was. But … we were busy raising you and your sister then.”

“You didn’t discuss the trial with colleagues at work?”

“Who dared at that time! One was not supposed to talk about politics at all.”

Like my father, I only vaguely remember the Gang of Four trial, which took place when I was 8 years old. Very few Chinese owned TV sets then. So we watched the trial, together with many others from my father’s work unit, on a tiny black-and-white TV in a communal space organized by the local party apparatus.

None of us doubted the “counter-revolutionary” crimes of the accused back then. The Gang of Four were evil incarnate, and they alone fooled Chairman Mao and derailed the glorious march to Communism. Then again, we were only children, and the loudspeakers and the textbooks and the teachers all preaching to us in the same formulaic harangues may have had something to do with our certitude about the Gang’s nefariousness, just as it would have had something to do with our earlier certitude about the nefariousness of the Gang’s enemies.

If the adults had any qualms about the trial, or about the changing narrative being broadcast on our speakers, they did not share them with us (nor among themselves, according to my father).

Today, optimists in China hail the Bo trial as a new dawn of government transparency, civil society, and the rule of law. The trial proceeded in good order, and Bo was granted genuine opportunities to cross-examine witnesses. Court transcripts—comprehensive though censored—were released on Weibo, China’s equivalent of Twitter; and despite government censorship, discussions on Weibo about the trial were relatively free.

On the other end of the spectrum, pessimists point out that Bo’s true “crime”—ideological and policy deviations from Party orthodoxy—was conspicuously left out. As in the previous century’s epochal trial, the accused had been presumed guilty, and the confessions were extracted under coercion. Media exposure was manipulated to discredit the accused while limiting any spillover taint on the Party. Nothing has changed since the trial of the last century, critics complain, and both trials were motivated by the Party’s political infighting, not by a desire to advance the rule of law.

For now, the pessimists are dominating the argument, for what is not working is far easier to enumerate than what is—and no one wants to seem naïve.

But the positives do linger in my mind, especially when I hear my father talk about how few dared to discuss the Gang of Four trial or anything political in the early 1980s. Thirty years ago, few people in China had private property. Chinese people lived in a world of Party directives and communist moral codes. Those who misbehaved were sent to labor camps for re-education, and “strike hard” campaigns rounded up “hooligans” and summarily sentenced them to prison or death row. Lawyers were almost unheard of (there were only a few hundred in 1979), the police were always right, and you avoided courts at all cost, as they were the preserve of “counter-revolutionaries.”

Three decades later, it’s routine for Chinese to engage in property disputes among themselves or with the government. So many laws have been issued so quickly that many of them are in conflict with one another. The government finally announced its intention to abolish the punishment of “re-education through labor.” The number of lawyers has reached 250,000. People can yell at police and often do; when confronted by police, they defiantly ask, “What law did I break?” Chinese citizens now know that when someone breaks a contract or infringes on their rights, with the help of a lawyer they can, and should, sue.

And in contrast to the “Gang of Four” trial, those following the trial of Bo treated the spectacle like a sporting event, taking sides and questioning the performance of the various parties. Some found Bo’s performance farcical; some found his defense credible. Bo still has many supporters, both in government and among the masses, who dispute the crimes that the government charged him with, regardless of how many front-page commentaries newspapers were forced to publish condemning him.

To me, the diversity of opinions about what took place is the real news. The rule of law may not be established in China quite yet, but the fact that we can debate whether it is or not, whether the trial was a sham or not—that in itself speaks to a new reality in China. Don’t call me naïve, but I’m optimistic that it won’t take another three decades before China’s legal reform makes another great leap forward.