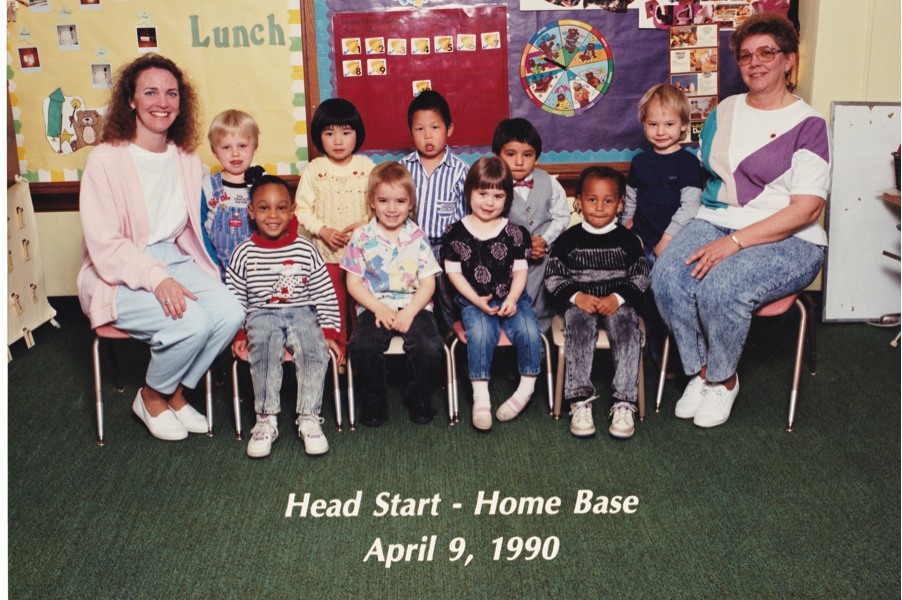 “Did anyone here go to Head Start?”

It was an innocuous question, asked by my statistics professor at Harvard University’s Kennedy School of Government. It might have been a rhetorical question, too, as the professor didn’t seem to expect anyone to speak up.

But I did, providing an empirical data point in a graduate seminar that was looking at the correlation between Head Start participation and success later in life. This was an academic discussion for everyone else in the room but a personal one for me.

In 1990 and 1991, I attended a Head Start program in Lincoln, Nebraska that offered classroom learning as well as home visits. As a little girl of 4, I thought that “Head Start” was the name of my preschool. It was only later that I learned Head Start was a federal program that specifically prepares children from low-income families for school.

My family’s early years in America were not easy. My father’s graduate school stipend—around $500 per month—made up the bulk of our income. To help support us, my mother, who had been a teacher in China but did not speak English, bused tables at a local Chinese restaurant. Yet she never complained. To this day, she remembers how proud she felt when she made her first American dollar.

Our meals often consisted of ramen noodles purchased with food stamps and made more substantive by adding egg and lettuce. My parents denied themselves so that what we did have could go toward me: my education, my healthcare, my well-being.

We were all supposed to return to China once my father completed his graduate studies, but the events of 1989 in and around Tiananmen Square changed everything. As they watched the chaos in their homeland on TV in their American apartment, my parents came to believe I would have a better life here.

Head Start’s principal mission is not to help immigrants integrate into American society. But as with other forms of public assistance and infrastructure designed to level the playing field for all Americans, immigrant integration is one of the program’s bonus benefits.

In addition to teaching me in the classroom, my first Head Start teacher, Ms. Cathy, also often made home visits to my family’s apartment. Neither of my parents spoke English as a first language, and we spoke Mandarin at home, so these visits were meant to help me catch up. I remember how, on the mornings of Ms. Cathy’s visits, my mother would always make me take a bath and put on my nicest clothes so that I would look my best for my teacher.

Seated at our kitchen table from the Salvation Army on mismatched chairs donated by a local church, Ms. Cathy worked with me on the differences between “the” and “that” and “this.” We counted numbers, practiced writing the alphabet, and talked about different shapes and colors. I say “we” because with each new word and phrase I recited, my parents were learning English as well.

At 27, I am now the same age that my parents were when they left China and came to the United States in pursuit of a better education for my father. As I begin making my own way in the world, I find myself reflecting on what it must have been like for my parents to “strike their roots into unaccustomed earth,” as Nathaniel Hawthorne described in simple but elegant terms in “The Custom-House,” his introduction to The Scarlet Letter.

The many evenings that my father spent listening to BBC World and Voice of America on the radio as a college student in China paid off when he earned the highest score on the provincial English-language exams and a scholarship to attend graduate school in the United States.

My parents believed, as so many do, that giving their child a quality education was key to achieving the American Dream. They also understood that early education would provide me with a critical foundation for future success. We like to tell ourselves that, in this land of equal opportunity, a baby’s zip code should not determine her life trajectory. But all too often, it does. Studies consistently show that children from low-income families are less likely to succeed than their wealthier peers.

When the budget cuts from the sequester took effect earlier this year, almost 57,000 children lost access to Head Start services. With this week’s government shutdown, those preschoolers who still had spots were sent home. Without giving them a quality head start in life, low-income children have nowhere to begin but behind.

In my case, without Ms. Cathy’s patient one-on-one instruction and out-of-class tutoring, I surely would have started kindergarten behind my peers from higher-income homes where English was spoken as a first language. My parents would not have received the additional benefit of sitting in on basic English classes.

To my parents’ and my teacher’s delight, I thrived in the classroom setting. Confident in my new vocabulary, I began to come out of my shell and started speaking up and asking questions. By the end of my year in Head Start, I had served as a line leader at lunch and delivered the morning weather report to my fellow classmates.

I can’t speak for how things turned out for the other eight kids who were in my Head Start class in 1990, but I was fortunate to have received the extra attention. It placed me on a road that eventually led to a college scholarship and a rewarding graduate school experience. I am proud to be a Head Start alum who became a Harvard graduate.

My father finished his doctoral program in 1995. With the job offer and salary that followed, our growing family was able to live more comfortably. We moved into our first house—a modest one, located in a safe neighborhood with good public schools.

I have had many wonderful, talented teachers throughout my various educational experiences, but it is Ms. Cathy my parents remember and talk about as the one whose dedication and patience first proved that this country believed in their child as much as they did.