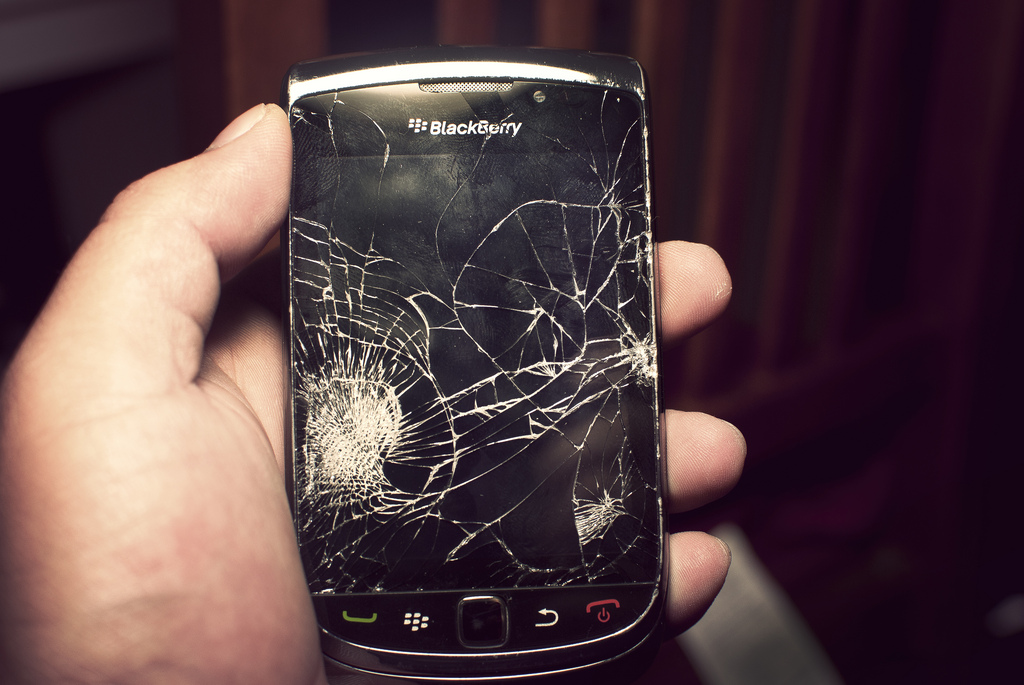 I resisted getting my first mobile phone for quite some time—being reachable anywhere, anytime seemed a dubious luxury—but almost as soon as I caved I was once again made to feel technologically behind.

That’s because a few weeks after I started carrying around my little Nokia phone, sometime around the turn of the millennium, the top editors at The New York Times, where I worked at the time, were discreetly given Blackberries by company IT. Suddenly, my bosses had this magical ability to access their e-mail on the run, in the palm of their hands, a power they would wield with their thumb as they turned the machine’s iconic side wheel. Supposedly, they could instantly get all their e-mail on this device without even being plugged into the Internet, even from across the Atlantic.

But how? None of it made any sense.

I have been thinking of those early Blackberry days in recent weeks, as the Canadian maker of the device has acknowledged it is in dire straits—most recently announcing that it will be going private and that it must take a $1 billion write-off because its new models aren’t selling. How quickly the fates can turn! As recently as 2009, Fortune proclaimed Blackberry (then called Research in Motion) the world’s fastest-growing company, and in 2006 Webster’s New World College Dictionary enshrined “Crackberry” as the new word of the year.

Smartphones have become so ubiquitous, it is easy to forget how stunningly disruptive the arrival of the Blackberry—technically a pager before later models became phones—really was. I have worked in a number of different jobs offering different types of perks, but I have never seen a more sought-after workplace perk than a Blackberry. For much of the first decade of the century, across a wide range of white-collar industries, an employer-issued Blackberry was the ultimate status symbol, the ultimate validator that you were essential to the enterprise. The very fact that this latest technological marvel was typically obtained from work—unlike most other must-have tech marvels—gave it even more cachet, although it’s also one factor that ultimately contributed to its downfall.

The gradual spread of Blackberries across the land also created a new type of high-class addiction for Type-A achievers—hence the “Crackberry.” In those early years, investment bankers, media executives, lawyers, celebrities, and top political figures (Al Gore was an early adopter, receiving his 2000 election-day results on his BB) could commiserate among themselves about the burdens that came with such responsibility—their inability ever to shut off work and live in the moment. Whining about such “essential person” problems became a badge of honor. And lest anyone be confused about where you stood if you’d been issued one of these devices, the e-mails you typed on its tiny keyboard would read “Sent from my Blackberry.” Take that.

When Blackberries first made their appearance, I knew I wasn’t worthy. But as they began their slow spread across organizations, I realized I should probably resist getting one for as long as possible, for the same reason I’ve never tried the real crack or any other type of drugs: I might really like it and not be able to draw boundaries. And so for a couple years I considered it a blessing to be able to detach from e-mail, figuring that in a real emergency someone could call my “dumb” Nokia, which had gone from cutting-edge extravagance to outdated utility in a remarkably short amount of time.

It was in 2005 that I threw in the towel and accepted my first Blackberry from an employer. It was inevitable as a work matter, given the undeniable convenience of being accessible at all times, not just to talk but to review long texts. But I have to admit there was also an element of personal vanity that led me to cave. It irked me to get e-mails “Sent from my Blackberry” from one too many people who didn’t seem more deserving of such a marvel. I recall one work lunch in Los Angeles with a neurotic political operator who couldn’t stop checking her Blackberry, halfheartedly apologizing about how important all those e-mails were. For my part, all I could do was stare at my Nokia, which never rang, wondering if I was somehow less important.

Sure enough, as soon as I got my own Blackberry, I became insufferably distracted to anyone before me, even as I became hyper-attentive to folks reaching out beyond the ether. We’re now accustomed to the social critique that we’ve all disengaged from our immediate surroundings on account of being hijacked by our hand-held screens, but early on, the only screen that was doing that was the Blackberry’s. And there were few things as sweet as the device’s vibrations, that purring of connectivity, that I’d feel on those rare occasions when I would behave and put my BB in my pocket during a meeting.

Apple’s iPhone launched in 2007, and that along with a subsequent generation of Google Android-powered phones would spell doom for Blackberry. It would change culture, too. Smartphones are now so commonplace that it’s the people who are not immediately reachable via e-mail who seem to have the elitist affectation, or at least lack the proper social graces.

Today, Blackberry is being eulogized as yet another case study of a dominant technology overtaken by competitors, another case of an “innovator’s dilemma,” the general rule that a company that does one thing well and dominates that market has a vested interest in protecting that turf and little incentive to consider that consumer demand, needs, and taste may shift in other directions.

Once we look for more specific takeaways from Blackberry’s decline, though, the lessons become elusive. (And I don’t mean to suggest the company is dead, especially since it still retains a firm grip on government business thanks to its more secure platform.) Perhaps one easy one is that basing your high-flying enterprise in a town called Waterloo (the company’s Canadian hometown) is asking for trouble. But on the whole, it’s hard not to sympathize with Blackberry. This is not your classic “What were they thinking??” case of sluggishness.

Instead, it seems more like Blackberry had the bad luck to face two stunningly rapid and surprising cultural shifts.

The first was the collapse of the wall between our personal and work spheres. Blackberry had achieved success as a workplace essential. Corporate IT departments were the devices’ most important customers—enthralled with the security of the system and how it could sync with any number of corporate networks. This was a serious business tool acquired, assigned, and administered by employers. The iPhone, when it first came out, was perceived as a toy, the handheld equivalent of a Mac trying to take on the handheld equivalent of a real work PC. And if the contest had been left up entirely to corporate IT departments, the Blackberry would still reign. But in the end, the demand of consumers (those essential employees) to organize their entire lives around their iPhone and its astonishing constellation of apps carried the day. Our lives had become too fluid to have one digital hub for work and a different one for the rest of our lives, and it’s only clear in retrospect that instead of importing our workplace’s stolid corporate IT cultures into our homes, the creative, informal, and whimsical vibe of Apple was always going to carry the day, invading the work realm in a way that would have been hard to imagine not long ago.

The other seismic cultural shift was that intimate two-way communication ceased to be the primary purpose of handheld devices. To this day, no other device can match the Blackberry, with its keyboard, for the ease with which you can pound out a long, thoughtful e-mail. I have written entire articles on a Blackberry, but I am reduced to writing like a second-grader when using the iPhone’s virtual touchscreen keyboard. The iPhone is less about correspondence and authorship than about photos, video, and short tweets. The battle for inches between touchscreen and keyboard has fundamentally altered how we communicate. Twitter’s rise is the natural result of the touchscreen’s triumph. It is hard, after all, to type anything longer than a tweet on an iPhone, not to mention type anything accurately, as acknowledged by those ubiquitous “pardon my typos” disclaimers on e-mail and the zealous autocorrect.

And I am sure it sounds much the same to scores of defeated engineers in Waterloo.