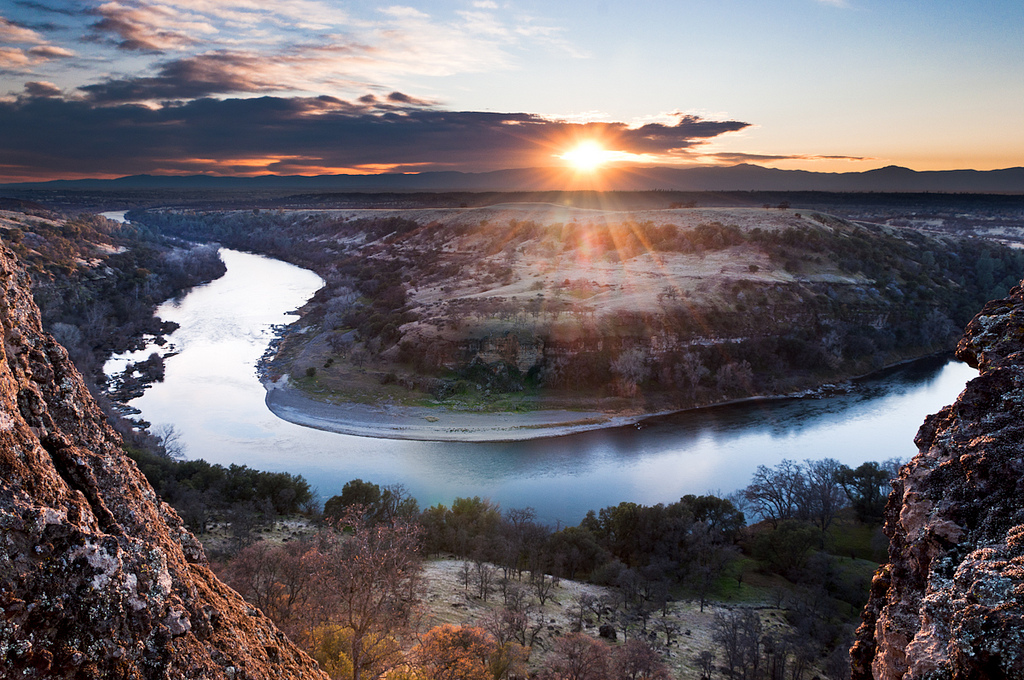 In California, we owe the existence of our communities to the willingness of previous generations to rearrange our natural assets. Billions of dollars have been spent rerouting rivers to channel the prodigious precipitation that falls on the remote north state to needier, more populated places in the south and on the coast. Rivers and streams that flow down from the Sierra have been dammed and controlled to provide water for Central Valley agriculture. Levees have been built to reclaim the marshlands of the California Delta—the great estuary where the Sacramento and San Joaquin Rivers come together east of the San Francisco Bay—for farming and to protect cities built on the state’s massive floodplains.

Much of this transformation occurred in the early part of the 20th century: By 1925, the Delta had been pretty much carved into what it looks like today. As the state’s development progressed, more rivers were harnessed to remove the water from their natural watercourses and instead deliver that precious liquid to our chosen destination. This work eventually culminated in the construction of the massive Central Valley Project and State Water Project—two of the largest water systems in the world. Today, only a handful of California’s rivers are not dammed or diverted at some point.

On the one hand, Northern Californians interact with water much more—most of the state’s precipitation falls in the north, so rivers, waterways, canals, and aqueducts are normal features of the landscape. Cities were built around the rivers; they run through them like the blood in our veins. Sacramento is built at the confluence of the Sacramento and American rivers, with abundant parks and bike paths for residents to enjoy. In Stockton, the Delta’s waterways extend like fingers into the city; after work, residents come down to use their sailboats and Jet Skis. Every weekend, many Northern Californians head out to kayak, sail, boat, Jet Ski, or simply wade in the waterways. The water is everywhere, and Northern Californians are very connected to it.

Any given afternoon, you can find people casting their lines along the riverbanks in Sacramento. Similar scenes play out all over Northern and Central California, in urban and rural areas. Whether for commercial purposes, pleasure, or to put needed food on the table, fishing is a big deal in Northern California.

On the other hand, Southern California’s rivers and streams run through concrete channels that are mostly dry except for the trickle of urban slobber that runs down the middle. If you could find fish there, you likely wouldn’t want to eat them. Connecting to the environment is more difficult in Southern California, especially for those living in the most densely populated areas; you generally have to drive to find parks and open space.

The fact is, most people in Southern California are unaware of the massive water systems that make our existence here possible. When they do learn about the origins of our water, many people vilify the very systems on which they depend. Yet the systems and water utilities that deliver the wet stuff to our faucets and hoses have done such an amazing job that we never have to think about it. When was the last time you turned on the faucet and nothing came out?

However, while we may be oblivious to our liquid connection to the north, Southern Californians are much better at water conservation. Southern California has among the lowest per capita rates for water use in the country, while Sacramento ranks among the highest. Southern California water conservation is embedded more in our fixtures than our minds: our toilets are low-flow, our washers are high-efficiency, and our irrigation is weather-controlled. For most of us, water conservation is less conscious than automatic, but nonetheless, it has been highly effective. In recent decades, the population of Southern California grew without increasing our total water demand. Even so, we can do more to conserve water. Our outdoor landscape has yet to be reconciled to more appropriate plantings for our arid environment. Water rates remain low enough that, for many people, wasting water does not have a significant fiscal impact.

Supplying California with enough water will be challenging in the coming years. Our problems are many: our aging water systems, built 50 to 100 years ago or more, are in need of repair; many groundwater basins are contaminated and need to be cleaned up; our ecosystems need restoration and protection; and levees that protect the Delta and urban centers in the Central Valley need to be repaired and reinforced. In addition, climate change threatens our water supply by reducing the snowpack that feeds our rivers and dams while, at the same time, increasing the threat of more intense rainfall or drought. There is a lot of work to do and it will cost billions of dollars, no doubt.

But the issue is even bigger. We’ve lost touch with the fundamental role that water plays as the basis of life. Our modern society has grown disconnected from the natural world that supports fish, wildlife, and plants—and us humans. We simply cannot continue to draw more and more from our streams, rivers, and groundwater basins. We’ve already taken too much water; we’re going to have to give some back.

What we truly need is a new way of looking at water. As a society, we need to consider how to satisfy our needs and leave behind more to support the ecosystems from which we draw resources. We Californians can no longer ignore the reality that how we manage water is a matter of life or death for fish and other species that have been decimated by our waterworks. And, as individuals, we need to view water and other natural resources as too precious to waste—even if they seem to be all around us.