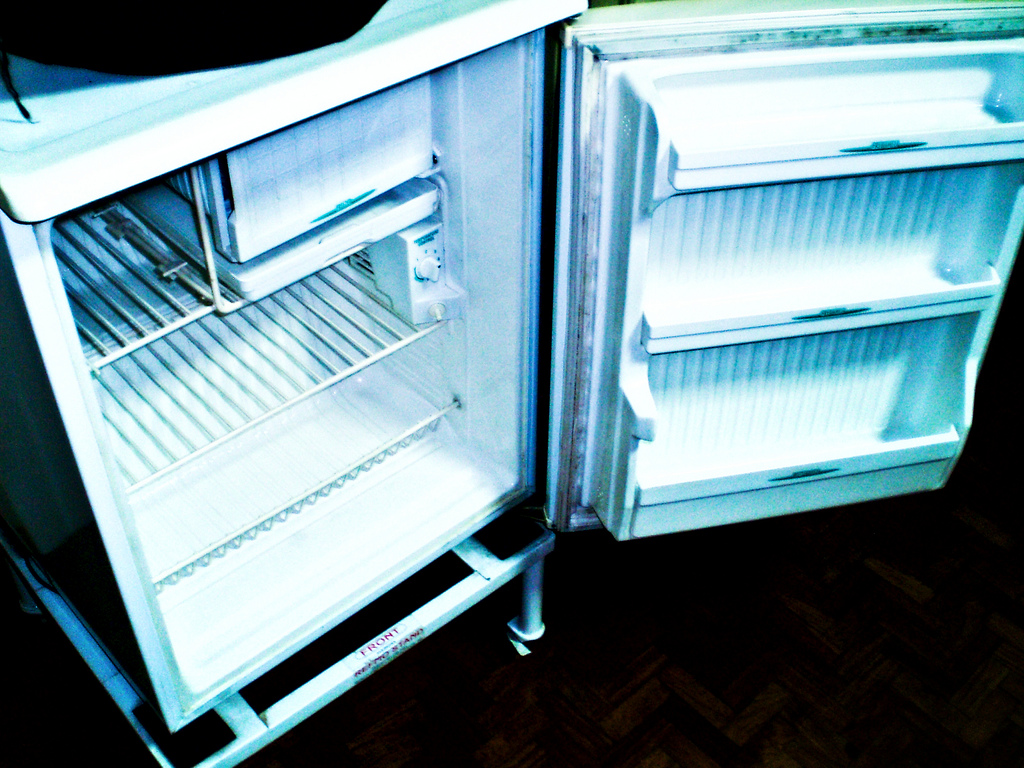 As our family ate tacos and cupcakes on the occasion of my grandmother’s 65th birthday last week, my 4-year-old brother Bryce—the youngest of the seven of us, four of whom were present—asked her, “Nana, what are we doing for Thanksgiving?”

He had a huge smile on his face while he waited for an answer, but my grandmother, with whom I live in Watts, and my mother and I all looked down in shame. No one wanted to be the one to tell him that we didn’t have anything planned for Thanksgiving. Or that we weren’t certain whether we would be able to come up with something.

Thanksgiving is supposed to be a day of appreciation and celebration. If nothing else, it’s the one day out of the year when my entire family gets together at my grandmother’s house. Normally, I work nights at LAX and go to school during the day at Long Beach City College, where I study sociology. Thanksgiving is a day off. My six siblings come over from my mom’s place in Lomita. Other relatives from far and wide make a point of getting back, despite how busy they are.

Growing up, I would sit at the table for hours listening to the salsa music my grandmother played and watching her prepare a pot of coconut rice and plátanos (or fried bananas, a nod to Colón, Panama, where she and her parents were born) for Thanksgiving. Our family is African-American as well as Panamanian, so the pot would accompany an old-fashioned menu of turkey, greens, cornbread, and cranberry sauce. I also got to spend time with my entire family and play games—neither of which happened as often as I liked.

But this year will be different in ways my younger brother could not understand.

My grandmother has been going through chemotherapy for ovarian cancer and does not have a lot of strength left for cooking. And my mother has been unemployed for nearly two years, in part because of her struggles with obtaining U.S. citizenship. She can barely afford the daily necessities that her seven kids need, let alone buy all the food that Thanksgiving requires.

I can’t help much right now; I get financial aid as a college student and can chip in at the holidays, but my funds this semester still have not been disbursed for bureaucratic reasons that involve the government shutdown and are too depressing to recount here. And the holiday family gathering is so big—my grandma, my mom, the seven kids, my aunt, my aunt’s husband, and sometimes my grandpa—that we would need to spend a couple hundred dollars on food for Thanksgiving. That just does not seem possible at the moment.

In the past, with the help of government assistance programs like food stamps, we were able to pull off Thanksgiving. My grandmother would use half her food stamps in the first half of November—and save the other half of that month’s food stamps for Thanksgiving. But, as you may have read, food stamps have been cut by Congress, and the House recently approved legislation to cut them by another $40 billion over 10 years. My older brother, Shawn, is now the only one in the family who receives food stamps. (My sister, even at a minimum wage job, makes too much to qualify, and so do I. My grandmother doesn’t have the required minor dependents, and my mother doesn’t want them because the process is too difficult.) And the amount Shawn receives, once $200 a month, has been shrinking.

Yes, there are giveaways of food around the city, but those are oversubscribed because of the cutbacks in food stamps. I used to be ashamed when my family had food stamps and when I qualified for free school lunches, but now I wish I had them. Such benefits are really something to be thankful for.

So my little brother’s question was a good one: What are we going to do for Thanksgiving?

After he didn’t get an answer, Bryce asked again. He thought we didn’t hear him, but, truthfully, we didn’t have anything to say.

Then my grandmother, an optimist, said, “We’ll eat turkey.” She stood up and walked toward the kitchen mumbling, “Even if I have to go get a bird myself.”

I don’t know how my grandmother will pull it off. But I know she will do something—and I will be thankful for whatever we manage.