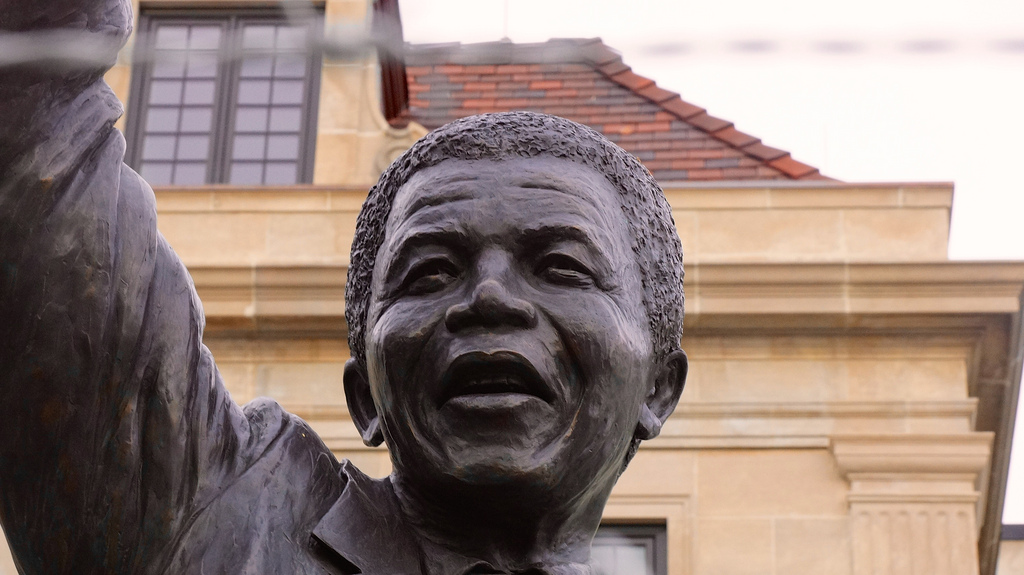 In late 1992, when I was a student living in China, Nelson Mandela, two years out of prison but not yet elected president, paid a visit to Beijing University. This was just three years after the Tiananmen Square crackdown, and many of the students who showed up to watch him speak had themselves been participants in the protests and witnesses to the violence that followed.

So when Mandela praised China as an “inspiration to democracy and freedom of expression,” many of the students took offense. Later that day, at a news conference, when Mandela praised China as “”one of the pillars of democracy,” a journalist pointed out that China had behaved repressively toward its minorities (including Tibetans) and its dissidents. Mandela took a moment, then answered, “This is a matter we have not evaluated in any depth.”

Today, amid the encomia, Mandela has gotten criticized for this sort of thing—for turning a half-blind eye to the abuses of his allies. Michael Moynihan writes of Mandela in The Daily Beast, “For a man imprisoned for his political beliefs, he had a weakness for those who did the very same thing to their ideological opponents, but were allowed a pass because they supported, for realpolitik reasons, the struggle against Apartheid.”

And this is mostly true. But what’s less remarked upon—at least as far as I have seen—is that Mandela quietly offered an explanation for his approach. What’s more, contrary to the associations one has with realpolitik, he did so in moral terms.

On his Beijing visit, Mandela turned over the microphone to his spokesperson, Pallo Jordan, to lay out his thinking when it came to standing alongside dictators.

“One neighbor driving in a state of inebriation kills your child,” Jordan began, according to the Chicago Tribune. “The second neighbor mourns with you and nurses you over your loss. The third neighbor talks platitudes about drunken drivers but helps the killer with lawyer’s fees and throws a party when he wins the case.

“Then one day you find out that the good neighbor who helped you beats up on his wife. Now I ask you: Would it be just to go out and humiliate him after what he has done for you?”

Mandela, taking back the microphone, then made the link to this allegory more explicit. “Our first president [of the African National Congress] appealed to the Western countries for help but they would not even let him see the most junior official,” Mandela recalled. “But when he came to China he was accepted with open arms and given all the assistance he desired. Which human being would now turn against the very country which allowed him to make progress in his cause?”

And this was the principle that guided Mandela, the reason that he stood by even as allies like Muammar Qaddafi, Libya’s erstwhile despot, and Robert Mugabe, Zimbabwe’s notorious dictator, committed the crimes they did.

In 1997, Mandela paid a visit to Qaddafi in Libya, drawing condemnation from much of the Western world. “Those who say I should not be here are without morals,” Mandela told reporters, with some heat. “This man helped us at a time when we were all alone, when those who say we should not come here were helping the enemy.”

I found Mandela’s loyalty to such bad men to be dispiriting, especially as Mugabe proceeded to betray his nation and destroy its institutions. But Mandela’s behavior, while disagreeable, always seemed to be dictated by moral calculations. There is no easy moral answer to the question of what we owe sinners who have helped us. How do you treat the man who saved your life but beats his wife? People will disagree. Some will think Mandela made the right ethical call; others won’t.

But the least moral approach is to dodge the question and pretend that no conflict exists. Mandela acknowledged the clash, and his response was, in my view, a compelling one, even to those (including me) who might disagree with his ultimate decisions.

Yes, there are many halos being drawn right now. Yes, Mandela surely had his flaws. But few world leaders—to say nothing of politicians—who are confronted with such serious moral dilemmas ever meet them with anything approaching Mandela’s clarity or candor.