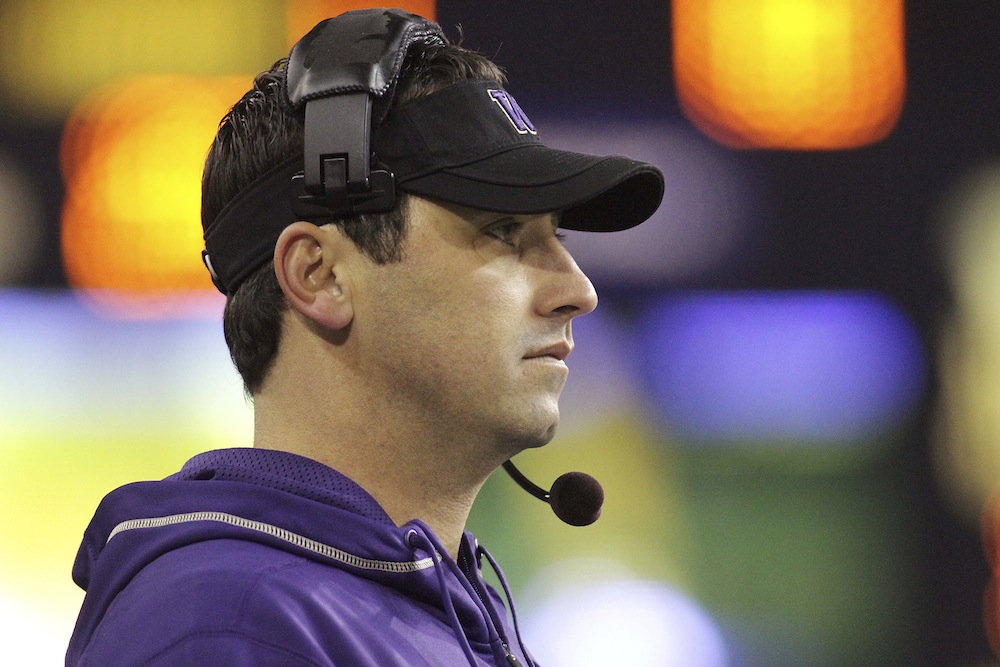 “Sarkisian” is one of the most common Armenian last names. But when my cousin Greg called this week and opened with “You hear about Sarkisian?” I knew he wasn’t talking about Serge Sarkisian, president of the Republic of Armenia.

He was calling to tell me about Steve Sarkisian, who had been named the head football coach of the USC Trojans. Sarkisian’s hiring may be the single most brilliant move in the history of the 133-year-old South Los Angeles institution—at least, to Armenians living in Southern California.

Henry Sahakian, a salesman from Glendale, told me, “I hope this inspires the Armenian community to follow and play more football.” His wife, Margaret, chimed in, “We are all so proud.”

Growing up in Los Angeles, an Armenian-American and member of the second generation of my family to be born here (in 1954, in my case), I often heard the words “Armenian” and “proud.” I learned to be proud that Alexander the Great only “partially” conquered my ancestral land. Proud that Armenia was the first country on earth to proclaim Christianity its national religion (in 301 A.D.). Proud that TV detective “Mannix”—Mike Connors, né Krikor Ohanian—was Armenian. Proud that four-time Formula One champion Alain Prost, the main rival of Ayrton Senna, was half-Armenian.

And, decades before Steve Sarkisian walked a college football sideline, my Uncle Aram revered Notre Dame football coach Ara Parseghian, who led the Fighting Irish to national championships in 1966 and 1973.

Sadly, over the past decade, the image of Los Angeles Armenians has been marred by an increase in criminal activity. In the 1940s, a Los Angeles County Sheriff’s deputy told my Uncle Harry that no Armenian was ever in the county jail. Today, there are scores in Men’s Central. (For the record, I was there myself three times.) The Armenian Power street gang is known for credit card fraud and auto thefts.

But it is that hit to our reputation that makes this USC news so welcome.

I’m one of those Armenians who remember Sarkisian from a golden period of Trojan football. In the early 2000s, when USC was dominating college football and its head coach Pete Carroll was showered with praise, my cousin Dave and I knew the real reason. The offensive coach was Armenian. To us, Carroll was a figurehead. The real star of the sidelines was his assistant, Sarkisian.

Of course, not all Armenians see this the same way. Shant Ohanian, a lawyer and UCLA alumnus, points out some chinks in Sarkisian’s Armenian armor. “It’s funny, as soon as Sarkisian’s hire was announced, you saw all over Facebook Armenians, especially USC students and fans, celebrating the hire—not necessarily as a USC fan, but more as a ‘fellow’ Armenian,” said the self-described “die-hard UCLA fan” as he started slinging Bruin-tipped arrows. “Many, however, don’t know Sarkisian’s Armenian background; it’s mostly his Armenian last name that matters. I don’t think Steve Sarkisian himself speaks a word of Armenian; his father is an Iranian-Armenian who immigrated to the USA when he was 18. He married his wife, Steve’s mother, who is Irish-American. Steve was born in Torrance.”

Ohanian went on, “Nevertheless, as soon as he has some success with USC, you will see more and more Armenians claiming him as one of their own.”

Ohanian was married just five weeks ago to Silva Sevlian. I went to their wedding at the St. Leon Armenian Cathedral in Burbank. For their honeymoon, I gave them my list of places they should see in Paris. They had a lovely time. A fairytale wedding followed by a dream of a honeymoon. But this week, with the announcement of Sarkisian as the new Trojan head coach, that honeymoon seemed over.

Silva went to USC and didn’t like Shant’s even slight criticisms of the new coach.

“My husband’s opinion doesn’t matter. He is nothing but a Bruin,” said Silva. “Sarkisian becoming coach is second only to an Armenian becoming the mayor of Los Angeles.”