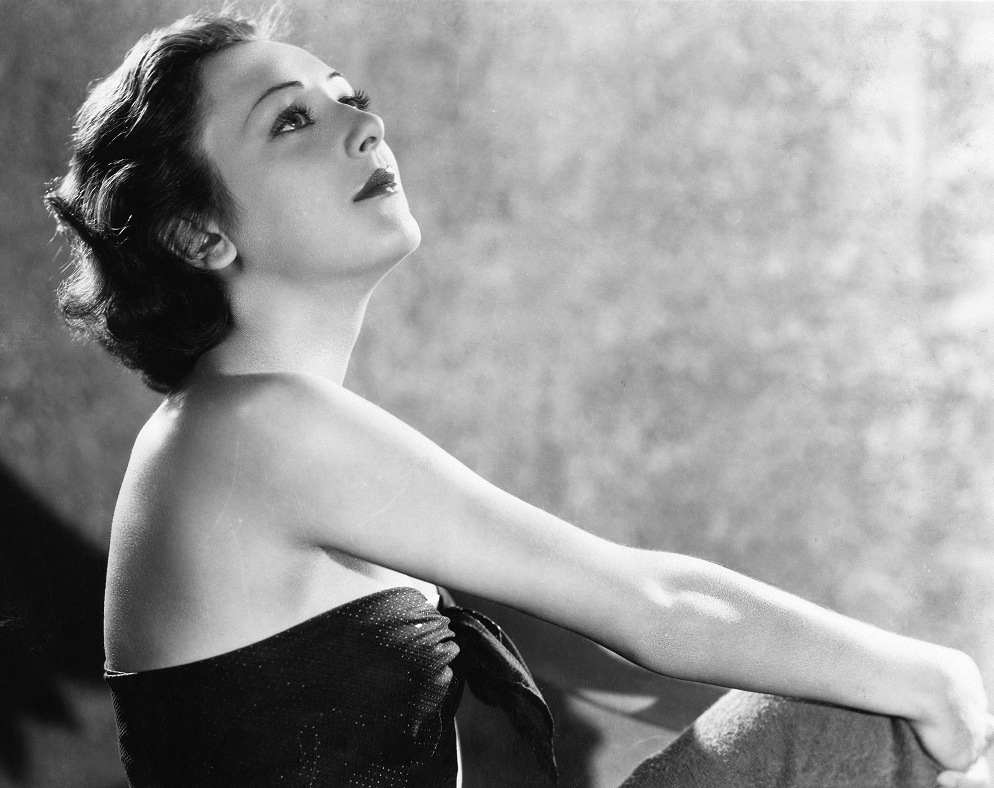 Perhaps you’ve heard of Ann Dvorak. She made headlines in early 1932 with a coveted role in Scarface, a film produced by Howard Hughes. Reporters called the 19-year-old actress “Hollywood’s New Cinderella,” and she seemed poised to become a household name. Then she fell madly in love with a co-star, eloped, and walked out on her Warner Bros. contract to go on an eight-month honeymoon. This was a big no-no in the days of the powerful Hollywood studio system. Sure, Ann made movies for another 20 years, but she lost her shot at superstardom. On second thought, maybe you haven’t heard of Ann.

At this point, I know so much about Ann that I literally wrote the book on her: Ann Dvorak: Hollywood’s Forgotten Rebel. What started out as a passing interest in an obscure film actress turned into a 15-year quest to uncover her life story. In the process, it also turned into a deep relationship with a woman I never met.

Dvorak fought the powerful Hollywood studio system in court (and lost). She drove an ambulance in England during World War II, wrote an 18-volume history of the world, and died in obscurity on Oahu in 1979. I developed a deep connection with this incredible woman, but she also played a major part in shaping and defining who I am today.

It all started in 1995, when I was still in college, and checked out a VHS copy of Three on a Match from the Glendora Public Library on a whim. I was blindsided by Dvorak’s performance as a high-society woman who throws it all away for sex and drugs. I tried to find out more about this dynamic actress but came up empty-handed. This was years before I became a professional librarian. It was also before IMDB, Wikipedia, or even Microsoft Encarta—so the Internet wasn’t much help. I looked for information on Ann in my Leonard Maltin Movie Guide and discovered that there were no books on her at the library. But there was vintage memorabilia from Ann’s movies, and I could even afford to collect it, mainly because no one else was.

I was already a constant reader of Hollywood biographies—and here was an actress I truly loved whose life had never been documented. I decided to tell Dvorak’s story, thinking it would take me two or three years, tops.

Back then, I was an insecure student who became so paralyzed in social situations that, when friends dragged me to parties, I usually sat in a corner reading a book and chain smoking. But once I made up my mind to be Ann’s biographer, I found myself surrounded at parties by folks who were fascinated to hear of my adventures digging up information in archives, on eBay, and at movie memorabilia shows. My two- or three-year project had been wishful thinking.

When I launched www.anndvorak.com in November 2002, I was so proud of the website I designed myself in Microsoft FrontPage that I had no problem pushing it on complete strangers. (Don’t worry, it has since become a WordPress site.) Ann grew my confidence enough to become a docent with the Los Angeles Conservancy. Had I not encountered her, I’m not sure I could have willingly led groups of people through the movie palaces of downtown Los Angeles while yelling above the sounds of buses, blaring storefront music, and fire trucks. Through Ann Dvorak, I found my voice.

Ann also served as a litmus test when it came to men. I fell for a man my friends knew was all wrong for me. But then this fellow stated that if we ever moved in together, the number of Ann Dvorak movies posters hanging on the wall would need to be scaled down considerably.

That was the end of him. After all, to love me is to love my movie posters. The man who ultimately became my husband embraced me—and Ann—from the get-go. When he agreed to see Scarface at the New Beverly Cinema for our third date, I knew it was love. When he was just as excited as me to have our wedding at the Encino ranch house that Ann built in 1934, I knew it was forever.

Ann Dvorak also became a savior of sorts. When I was diagnosed with thyroid cancer in 2011 (I’m completely cured now), part of my treatment involved a round of iodine radiation. I had to be quarantined in a room at my mom’s house for more than a week, away from my husband and 1-year-old daughter. It was excruciating, but throwing myself into the writing of Ann’s story helped take my mind off of missing my family. Ann Dvorak kept me sane.

This fall, the book was published at last. And while I’ve known for years how Ann changed my life, I’ve now had the opportunity to evaluate what I’ve done for her. I possess an extensive archive of her life and career—advertising memorabilia from her decades as a film actress; movie, television, and radio contracts; personal correspondence to and from Ann; her mother’s letters; journals; canceled checks; personal photos; and a cherished scrapbook from the 1932 honeymoon that derailed her career. Ann had no children, and she outlived all three of her husbands. Whether I intended it or not, I have become the custodian of Ann Dvorak’s legacy.

People often ask me, “What’s next?” or more specifically, “Who’s next?” I’m not sure I see myself writing another biography. For one thing, my loathing of tracking down and bothering people for interviews trumps any desire to tackle a new subject. For another, launching into a project this big as a 40-year-old mom with a full-time career is daunting. But mostly it’s because I know I could never duplicate the relationship I have developed with Ann. I can’t imagine anyone else prompting me to take so long and dig so deep to make sure I tell her full story. Whatever the future holds, I am grateful for my time spent with Ann Dvorak and for what I accomplished because of her.