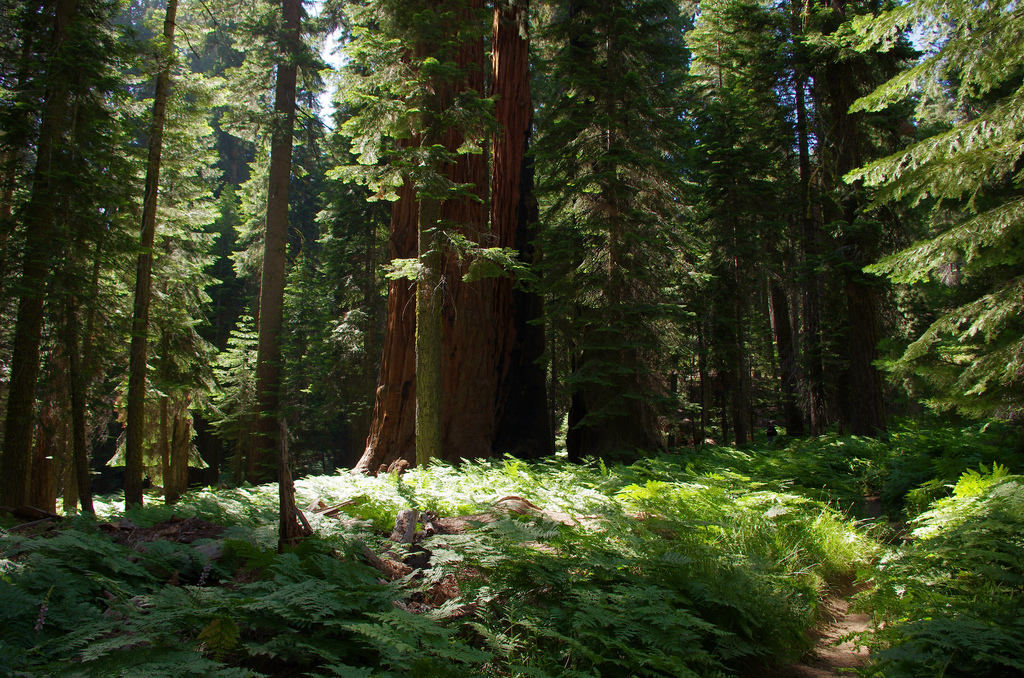 One of the great things about living in California’s Central Valley is the easy access to one of the great mountain ranges of the world, the Sierra Nevada, and its beautiful forests. Unfortunately, through no fault of anyone in the valley, that access is being threatened.

As a lifelong Californian, I’ve grown to love the mountains so much that I’ve done volunteer work in the forests of the Sierra for the past 15 years. And over that time, I’ve seen a dramatic shift in the condition of the forests. The problems are twofold: a lack of funding and a lack of personnel.

The problem is particularly acute in the Sequoia National Forest, most easily accessed from Bakersfield or Porterville. It has no forest rangers. Let me be very clear: I do not use the word “ranger” like others, who count anyone wearing a Forest Service uniform as a ranger. What I am talking about is the absence of the traditional “ranger-naturalist” who spends his or her time tromping the trails.

These are the rangers who interact with people in the backcountry, protect our resources on the ground, maintain the structures related to trails, check permits, and help people in trouble. Interacting with such folks remains a very fond memory of my youth, and it was part of what brings me back to the mountains.

Such people are gone now. Yes, you will find a few rangers who work in the information booths and offices, where the cars park, but there is no one away from the roads. This has translated into a slow but steady degradation of the forest, and the rise of destructive visitor behavior, such as graffiti on trees or the creation of fires when conditions are dangerous.

It’s not just the rangers who are gone. The professional trail maintainers have disappeared, too. Not so long ago, teams of such people maintained trails, using only “primitive” tools like shovels and handsaws. Skills with such tools are crucial because one rule of working in Forest Service wilderness is that any kind of engine or wheeled device is prohibited. Trails can’t be maintained with chainsaws or wheelbarrows.

Why are all these skilled people gone? It’s money, of course. The Forest Service budget to the Sierra forests has been cut on an almost an annual basis, with frontline workers bearing the brunt of the cuts.

Who fills the gap? Volunteers like me. Today, all the trail maintenance done in the Sequoia National Forest is performed by a half-dozen volunteer groups, members of which spend their own time and money to get special training, buy their own tools, drive up to the forest, and work hard for days or even weeks. For example, my group, the High Sierra Volunteer Trail Crew, has restored many trails that had been left to deteriorate.

Such work has to be done. Trails are artificial things. Water washes them out, trees fall on them, and rocks crash onto them. If these problems are not fixed, trails become impassible in just a few years.

Most trails require work every year, or they deteriorate. But such maintenance doesn’t always happen. Two years ago, I led a crew to repair a portion of the remote Pacific Crest Trail, which had gotten no attention in almost a decade. This is one of our great national scenic trails, yet it took my crew of 15 two hours to find it. It was so terribly overgrown that it took 30 days of work over a three-year span to clear just a few miles of trail.

This sort of thing is not just a labor of love but also a labor of public health. Trails need maintenance not only because people wish to travel in the wilderness, but also because poorly maintained trails erode the watershed, diminishing the quality of water in Central Valley cities.

Volunteers, of course, can do only a small part of this work. At least that has been the standard thinking. But now, there are only volunteers. With no one else chipping in, we don’t merely lose access to trails. We lose trails altogether.

The trails are organized into a system, and “system trails” are required, by law, to be maintained. But when trails can’t be maintained, as is the case now, the government complies with the law by “decommissioning” poorly maintained trails from the trail system. And decommissioned trails literally disappear from maps. One of the best mapmakers for the Sierra, Tom Harrison, tells me that Forest Service personnel regularly instruct him to remove trails from his maps. Eventually, no one knows the trail was ever there.

This trend represents the ongoing loss of national resources—our trails and the access they provide. And these losses seem to be happening without public awareness or debate. Yes, there are some people who believe that wilderness areas are better off without trails or the ability of people to access them; they want the land kept pure and believe that the harder it is to get into the forests, the better. They hold as their scripture the 1964 Federal Wilderness Act, which designates areas “where the earth and its community of life are untrammeled by man.”

I read the Wilderness Act differently, since it also speaks of wilderness lands being preserved “for the people,” as places where “man himself is a visitor.” Access to our public lands is a right of all Americans, and the huge system of public lands is something that distinguishes America from most of the world’s other countries. It also makes the Central Valley a special place to live. With the decline of forests and trails, we are losing a part of California—and part of our American selves.