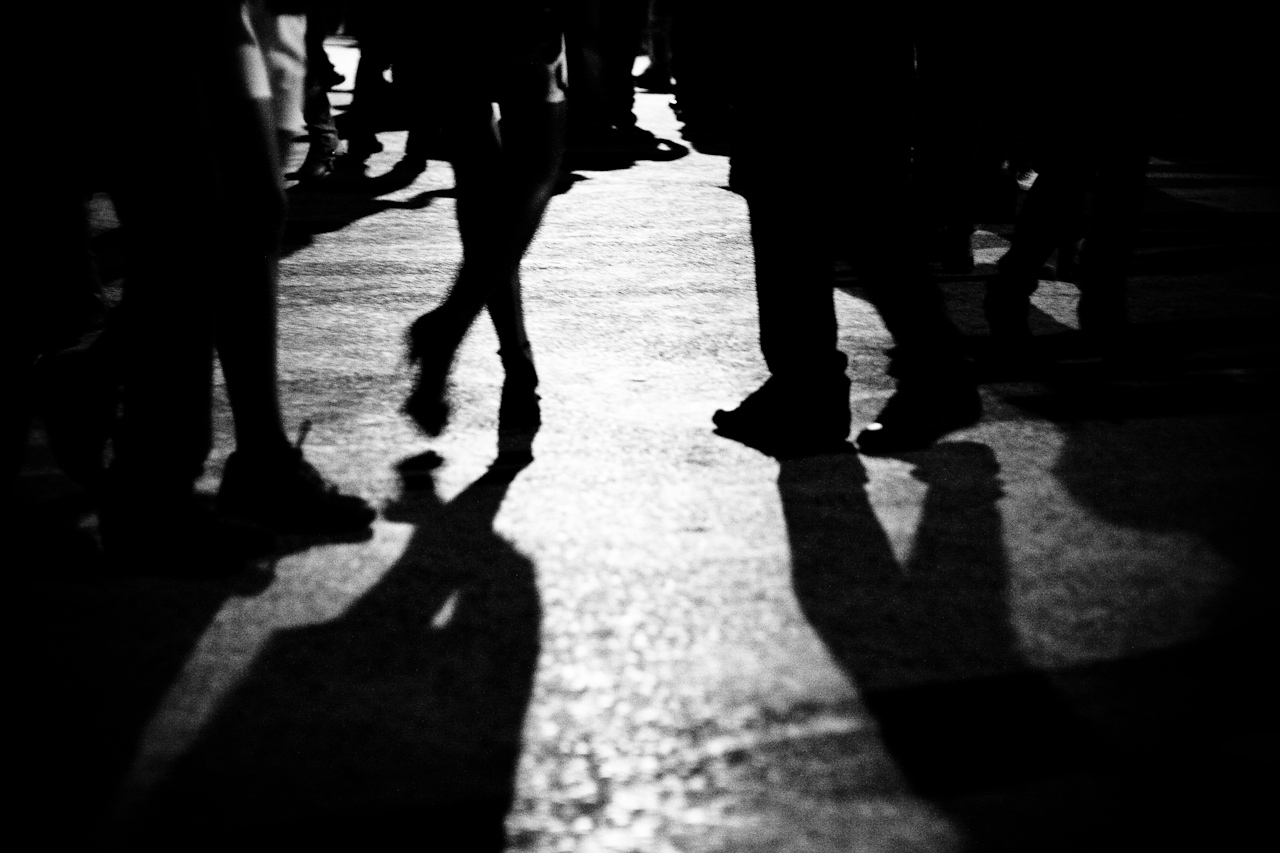 “¿De dónde eres?” asks the young man who offered me his hand and guided me onto the dance floor moments ago. He’s an intuitive leader, and, wedged as we are between the bodies of the couples pivoting around us, we easily find a common salsa dancing language.

I can’t recall a time when I responded readily to the question of where I’m from. It has never been easy for me to choose an answer. The city in central Mexico where I was born? The town in northern California where I grew up? The village in southern Mexico to which my family returns each year? Or the pockets of L.A. in which I have lived as a young adult?

Now, I’m in Hollywood, at El Floridita, encircled by strings of lights, floor-to-ceiling mirrors, wine-red tablecloths, and wrought-iron chairs. I glance up at my partner. It occurs to me that his question is a standard conversation-opener here, that in this crowded Cuban restaurant it is a shorthand way of asking the people around you how they began dancing salsa. He’s asking what place taught me to love this music so much that I’m willing to venture out by myself like this on a Monday night.

“Peruvian,” he says. “But will you look at this! A Mexican girl who knows how to dance salsa.” He smiles good-naturedly. “What a surprise. Most Mexicans turn against it.”

I dispute this point a bit before moving into a series of fast turns. From my spinning perspective, the dance floor blurs with interlaced fingers, curtains of hair fanning out and slicing through the air, the concentrated curve of a man’s upper spine, the acute angles of high heels and elbows. Droplets of sweat gather in pools above my eyelids and at the nape of my neck, then arc away from me with every sudden twist. There’s only enough space in the room for the necessary tension at the core of salsa dancing—that tension between push-and-pull, synchronized steps and improvisation.

When the song ends, my partner and I exchange smiles, shake hands, and say, “A pleasure.” I check the time. It’s only 11:30 p.m., early by salsa standards, and the band that plays at El Floridita every Monday night is at its most lively, but I have an early morning tomorrow. I begin pushing my way toward the exit: Past the group of women who pulled me into their circle when they saw me enter alone. Past the man who said to me with a straight face, “Kim Kardashian and my boy Prince come to El Floridita sometimes.”

And past the wiry, white-haired man with the funky moves who’s better than almost anyone else here—and who made my night by asking me for a dance.

Outside, the air is dry and cold. Nights in L.A. feel so different from nights in Chico, the hot Sacramento Valley town where I was raised. When I moved here for college four and a half years ago, three things surprised me: the sudden emergence of the San Gabriel Mountains on clear days; the use of observatories for gazing down at the city rather than up at the sky; and the sharp onset of nighttime cold.

Some part of me has never stopped expecting the inferno of summer evenings in central California—that overpowering, deadening heat that soaks into the sidewalks and leaves your mouth a dry cavity. Those are the kinds of evenings when I was first exposed to salsa. If I had, after all, to describe one place, one starting point for my way of dancing, it would be the potluck-style salsa dancing parties hosted by some family friends, a pair of salsa enthusiasts who threw open their Chico house every other Sunday night during my childhood summers.

My Peruvian partner’s skepticism was not unfounded—Mexicans of my generation did not grow up listening and dancing, as their parents did, to sones cubanos. Nor are large numbers of young Mexicans dancing what we in the U.S. call salsa, which evolved in New York in the 1970s and was then exported back to Latin America. I arrived at salsa by way of my Mexican father, but I learned the steps in this country, barefoot in a driveway on the northeast edge of the Sacramento Valley, with the taste of tomatoes and rice dishes in my mouth. For better or for worse, my way of dancing is fewer parts son cubano and more parts salsa, that American melting pot of a genre that any Latino in the U.S. can identify with. Hence the clarifying question “¿De dónde eres?”

Wherever we’re from, we’re probably far from it now, at El Floridita, on the corner of Fountain and Vine, across from El Pollo Loco and the Pickford Center for Motion Picture Study. The place was named for the famous restaurant and bar in Havana where Ernest Hemingway liked to drink his daiquiris. Unlike its Cuban counterpart—which boasts Hemingway’s endorsement on its signage—this El Floridita is unassuming. Crammed into a strip mall alongside a car insurance company, a dentist’s office, a pharmacy, and a Thai herbal therapy and massage center, El Floridita is a quintessentially Los Angeles spot: difficult to park near, more complex than you might guess by standing outside, surrounded by junk, and unable to completely contain a vibrant and eclectic interior.

On my 21st birthday, two of my closest friends took me to El Floridita for the first time. It was a Wednesday night, and our waiter brought us free mojitos and tequila shots. The chaos of L.A. was just beginning to make sense to me, and I was beginning to notice the things L.A. was making me: bolder, more willing to engage strangers in conversation, more attuned to sensory detail, less insular.

That night, as I felt the arrival of my love affair with Southern California and El Floridita, I began to externalize that specific joy of salsa dancing, that physicality of sound, that Northern California had instilled in me. It is what salseros mean when they say—in words that sound tame in English but spirited in Spanish, “for enjoying”—pa’ gozar.