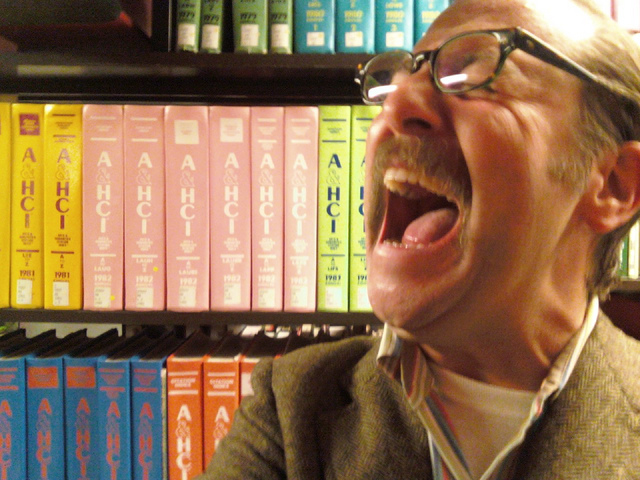 “Does anyone go to libraries anymore?” A mayor, the president of a major foundation, a corporate executive, and several newspaper reporters have asked me that question. I’ve been asked it, too, on a visit to my doctor’s office and at community meetings.

My answer to this question is a resounding, “Of course!” When I walk into almost any public library in any city—from my neighborhood branch in L.A. to Buffalo, New York—I see toddlers with their moms or dads, waiting for story time to begin. After school lets out, I see elementary school-age children working together on homework assignments and creating web-based reports. I see teens congregating in small groups to record digital music and videos. I see people being tutored in literacy and English or gathering for events. I overhear book club members engaged in conversation.

I was a librarian for more than 40 years and served as the director of the Los Angeles Public Library, the Minneapolis Public Library, and as the chief executive of the branch libraries of the New York Public Library. Now, I consult with libraries in the U.S. and beyond about their roles and strategies for the future.

For more than two centuries, public libraries have served as centers for self-education, making educational resources available to everyone. Grand, quiet reading rooms with massive wooden card catalogs welcomed working people and scholars equally. Today’s libraries are still the “people’s university,” but card catalogs have given way to computers, online classes, and even 3D printers.

Technology has revolutionized how libraries operate. Early in my career at a branch of the New York Public Library, I assisted a young woman who was trying to locate information and photographs about the history of a small Midwestern town for a play for which she was designing the sets. She looked through roll after roll of microfilm and searched through volumes of magazine indexes and piles of magazines going back many years. She found some information, but it was limited, so I referred her to other library resources at local universities. Now, the indexes and magazines are online, and many local histories and photographic collections are online as well. Today, she could get what she needed at her local library branch and access some of the information on the library’s website.

Libraries have digitized their document and photograph collections, created early childhood literacy centers, established co-working spaces, and “maker spaces” with computers and other digital tools where people work together creatively. And libraries, like the books they house, are moving beyond the physical realm. Smartphones allow many of the traditional services of a public library to be “in your pocket”—available any time, any place. The opportunities to reach out to new users are staggering.

The role of library staff is also changing—moving from the old model of the librarian answering questions while sitting behind a desk to a new model of educator, trainer, guide, and innovator involved in the community. I know librarians in Colorado and Utah, for example, who are actively involved in early childhood literacy projects to help parents and caregivers develop the pre-literacy skills of young children (such as recognizing letters and numbers) so that they enter kindergarten ready to learn and read. I know librarians in Tennessee who host “code camps” for teens to learn computer programming skills.

But creating a new kind of institution is certainly not without pitfalls and, sometimes, strong resistance. When it comes to a public (and publicly supported) institution that is governed by local elected and appointed officials, dramatic change may be looked at with skepticism—particularly when it requires a financial investment.

In many communities, public libraries are only just beginning to recover from the severe budget cutbacks of the recent recession. In 2009 and 2010, the Los Angeles Public Library staff was reduced by 30 percent, hours were severely cut, and budgets for books and media were slashed. But in 2011, Angelenos voted to increase the library’s property tax funding in order to restore cut hours and services. Other communities have not been as fortunate.

No matter its financial condition, every library must prepare for a future unimaginable even 10 years ago. Libraries are asking themselves tough questions: When are books going to disappear in physical form? Should the library transform from a collector of content to a creator of content? How should library spaces be used for educational and community-based purposes?

When people ask me if anyone goes to libraries anymore, I tell them that an iPhone will not replace the neighborhood or downtown library. That Google and Wikipedia won’t render direct, personal contact with librarians obsolete. The Internet has enabled us to connect easily to increasingly privatized services, but the public library is not going to go behind a pay wall, it won’t require you to foot a monthly bill, and it’s never going to make anyone feel unwelcome.

If the public library is the true “third place”—a free space for civic engagement outside of the home or workplace—it needs to become a center for active community interaction, intellectual discourse, creativity and innovation, lifelong learning and literacy, economic development, experimentation, and, as always, enjoyment.

The “new” public library tries to do all this for people of all ages and backgrounds, from students getting their GEDs or taking online courses who need a place to study collaboratively to immigrants preparing for citizenship. Although they are no longer the hushed sanctuaries many of us grew up with, the public library’s core values have remained the same: equity, openness, intellectual freedom, inclusion. What other institution serves everyone, regardless of age, cultural background, economic condition, or ethnicity?

The public library is the community’s place: active, vibrant, energetic, and, yes, occasionally noisy. When the Van Nuys branch of the Los Angeles Public Library reopened after some renovation work in 2006, I stood at the entrance to welcome the crowd into the building. A young boy, about 9 or 10, came over to me and said, “This is the best place in the whole world!” He knew why we need, and will always have, public libraries.