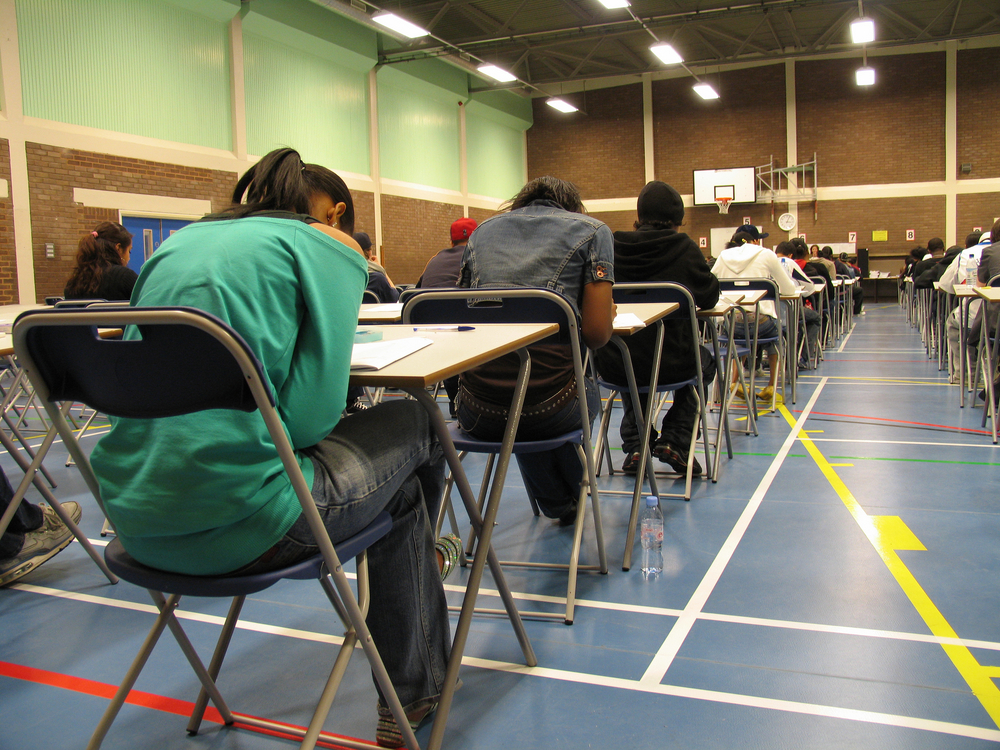 We’ve heard a lot over the past week about how the new SAT compares to the old SAT and rightfully so. But the world is a big place, and the SAT is not the only test to evolve over time. All of the world’s new education superpowers, from Japan to Poland, have their own long-established, oft-debated university entrance exams. And many of these tests matter more to students’ destinies than the SAT does in America, where kinder, gentler college admissions officers consider many things beyond test scores.

So how does the new SAT compare to the university entrance exam in a place like South Korea, a test-crazed culture if ever there was one? Or Finland—a country that boasts a high school graduation rate of 96 percent (compared to 77 percent in the United States) and, like Korea, scores at the top of the world on the Program for International Student Assessment, or PISA, test (administered by the Organization for Economic Cooperation and Development)?

In at least three ways, the new SAT looks a bit worldlier than it did before—which is good news. For one thing, this revamped test is designed to judge whether students have learned the things they were supposed to learn in school. In other words, it is more tightly aligned to the specific standards most schools now teach.

That may seem like a no-brainer, but since the United States always had a patchwork of nonsensical, mismatched standards in different districts and states, aligning national tests with what actually happens in schools was always easier said than done. Now that 46 states have adopted the Common Core State Standards (even if some are now regretting their decision), we can do what other countries have done for a long time. By matching itself up with these more challenging, more consistent standards, the redesigned SAT will almost certainly add coherence, rigor, and clarity to an education system that lacks all three.

The new SAT also includes an essay, though it is now optional. For students who opt in, the essay entails a very different kind of writing. Before, SAT-takers were asked to cite their own experiences or values in response to a statement—a painfully banal form of writing bearing little resemblance to most college and professional writing. The new test asks students to analyze evidence in response to a passage, requiring them to cite specific examples and explain how an author built an argument. That kind of writing is more similar to college entrance exams in the world’s education powerhouses.

Finally, the College Board’s efforts to make the new SAT more accessible to low-income kids are also encouraging—and internationally competitive. The U.S. education system is notoriously inequitable compared to other developed nations, with the most affluent neighborhoods hoarding the most experienced teachers and well-resourced classrooms. But by partnering with Khan Academy’s website to offer free test prep, the SAT is making a small effort to democratize test prep—something that South Korea did a decade ago, when it started offering free test prep through its public broadcasting TV and radio programs (and eventually online), turning its best tutors into celebrities. Truth be told, Korea’s free test prep did little to disrupt the country’s booming, private test-prep industry, but it is clearly one baby step toward equity, especially in rural areas.

But the similarities between the new SAT and its foreign counterparts end there, rather abruptly. Finland’s test is far more challenging than the SAT (and the ACT) in almost every other way—even in sheer duration. Finland is famous for having very few standardized tests (high school students take a lot of tests, but the tests are designed by their teachers—not a distant testing corporation). But during their senior year, Finnish kids do take one giant standardized test known as the Matura—the mother of all tests. This test lasts about 50 hours, stretched out over three long weeks. By contrast, the new SAT will last three hours and 50 minutes with the optional essay (or three hours without).

And in Finland, the essay is not optional. To the contrary, students spend a day writing short essays in response to several texts over the course of six hours. The next day, they choose one topic out of 14 options and write one long essay—over the course of another six hours. One recent topic was, “Why is it difficult to achieve peace in the Middle East?” That’s 12 hours of writing—compared to 50 minutes (or zero, for those who choose not to do the essay) on the new SAT.

None of this would matter very much if it weren’t also true that Finland’s entire system is more rigorous. These tests tend to reflect the rest of the story, in every country. In Korea, the test (known as the College Scholastic Ability Test, or CSAT) lasts eight hours, and the stock exchange opens an hour late so that students won’t have to deal with traffic jams on their way to the exam.

All around the world, the test is a symbol of what matters (or doesn’t) in a given country. So the new SAT is a promising sign for the evolution of the U.S. system writ large. Our average elementary and secondary schools still do not have nearly enough well-educated, highly trained, and supported teachers; our teenagers still are not learning critical thinking at the level of students in Finland or Korea (especially in math and science); and our average colleges still are not compensating for these weaknesses (which persist through adulthood for most Americans). But if the SAT can become more rigorous and more equitable, then maybe—just maybe—our schools and neighborhoods can do so as well.