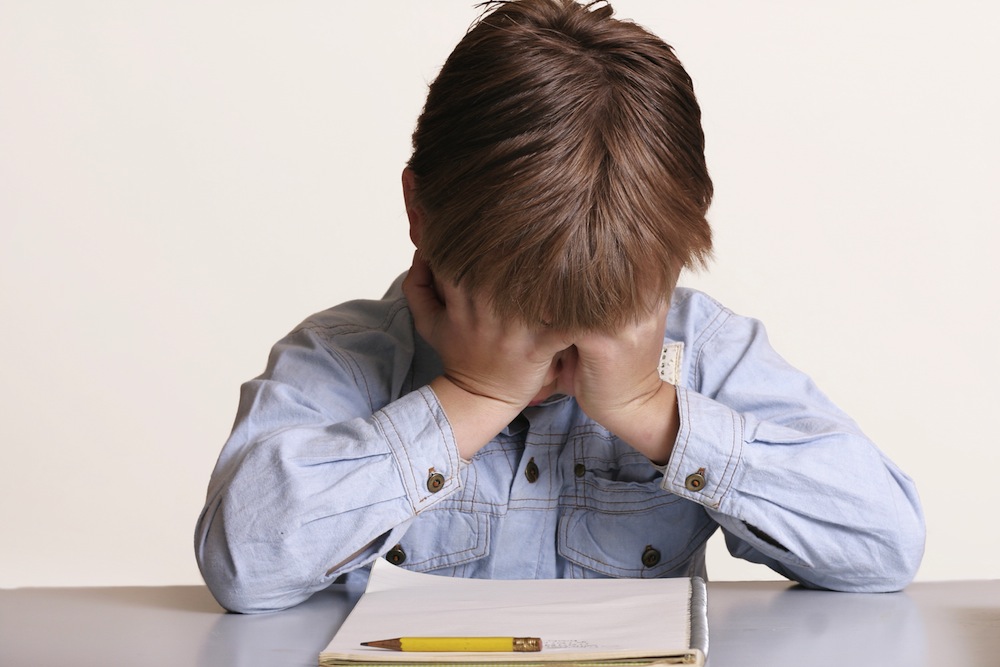 The kindergartners stop what they are doing.

“Now, everybody stomp your feet!” The children oblige and watch carefully for their teacher’s next command.

“Good,” she compliments them. Her band of mimics, which includes my 6-year-old son Jude, is doing a nice job of following her movements and looking at her face.

When Jude seamlessly makes the transition from one activity to the next, he is rewarded with a “Great job!” and one minute of individual play with an action figure of his choice. When his minute is up and his teacher requests that he rejoin his peers, he asks politely, “Can I have another minute, please?”

Jude is one of 10 kids with autism spectrum disorders in this special education class in a public school in Seal Beach, Orange County, that I got to visit one recent morning. It’s one of the components of a program I’ve put together so Jude can learn effectively and interact better with other kids. As a parent of a kid with autism, let me tell you, I’ve had to learn a lot, too.

In 2006, I moved back home to California from the Midwest, where I had been working as a reporter for the Chicago Tribune. Even though I was now working for the Associated Press in downtown Los Angeles, I wanted to live in Seal Beach because it was close to where my parents lived, and because the Los Alamitos Unified School District (which oversees public schools in Seal Beach) had, among other attributes, high test scores. My daughter had been accepted into the Orange County High School of the Arts, and I was looking for a good junior high school for my second oldest child.

I had no idea what the special education programs were like, and I didn’t care. But after we’d been here nearly five years, my youngest son, Jude, was diagnosed with an autism spectrum disorder when he was 2 ½.

At first glance, you would probably not detect anything “different” about Jude. Kids along the autism spectrum commonly have difficulties with communication, behavior, and social interaction, but there’s a wide variation in how this neurodevelopmental condition affects each one. My adorable boy with olive-green eyes and a disarming smile is very verbal and loves socializing with other kids his age. If you engage him in conversation, he may charm you and lure you into a conversation about his favorite video game, Angry Birds “Go.” He may even impress you by saying something profoundly insightful for his age.

Jude’s challenges are focused mainly on his communication, behavior, and what his teachers and therapists call “non-compliance” issues. When Jude loses his temper he bites, kicks, punches, pinches, scratches, or throws things. He’s not fully potty-trained, and persuading him to go to the bathroom often results in arguments, tears, tantrums, and, yes, messy accidents. He cannot, like children who develop typically, learn language, play, and social skills by observation. He has to be taught.

When I heard Jude’s diagnosis, I was scared, confused, and worried about his future. Would he still be able to attend college, get a job, and get married? Would he ever be able to live independently?

The county initially funded therapy for Jude through the Orange County Regional Center and asked us to pick from several providers they were contracted with. Back then, there was no Yelp for special education services. Because we were clueless at the time, Jude’s father and I were more likely to pick the provider with the most professional-looking website.

After doing some research and talking to experts in the field, we realized we wanted services that followed the principles of applied behavioral analysis (ABA), which, generally speaking, is used to increase functional skills and reduce challenging and interfering behaviors. ABA has undergone rigorous research at UCLA and is supported by 40 years of scientific research, which means a lot to Jude’s father and me.

Some parents like to experiment with different techniques and methods, but there is also a lot of anecdotal “evidence” out there. I never paid attention to actress Jenny McCarthy until I realized she was peddling misinformation on the alleged dangers of vaccinations. Minerals, gluten- and casein-free diets, and chelation therapy are also sold as remedies that will “cure” autism, but these so-called treatments seem to me to be just pseudo-science.

A few months into Jude’s first treatment, we faced another hurdle. At 3, children need to meet certain criteria to continue receiving services from the county. For whatever reason, we were told that our son did not meet the criteria. We were incredulous; we suspected state and local agencies were under pressure to cut their budgets. Autism advocates told us that if parents don’t fight to get services, they often won’t get them.

At the time, Jude’s vocabulary was less than 25 words, his temper tantrums were fierce, and his regular daycare was threatening to kick him out. We took out a loan and hired a clinical psychologist to conduct a thorough assessment, which proved he fit the criteria for continued services. The price tag was $3,500, but her 25-page report was worth it. Jude would continue to get state-funded therapy, and he would also begin attending a public preschool class for 3-year-olds with autism.

But school is just one of the three kinds of support that are recommended for Jude: A therapy team from the Culver City-based Lovaas Institute visits him at a regular district-run afterschool daycare and also at home. The 10 hours a week of additional therapy is funded by Jude’s father’s medical insurance. This kind of therapy is no longer covered by the county or the state, as it was just two years ago.

These additional services are important because Jude needs the reinforcement: Recently his case supervisor at Lovaas said his therapists would begin pulling Jude out of his regular play at daycare for one-on-one sessions to practice socialization skills. The therapists will teach Jude to say, “What are you guys doing? Can I play with you?” when he wants to join the action. The therapists will also hone in on behaviors he should not engage in, like getting too close to his peers’ faces or touching them. I just wish these therapists—mostly young adults—didn’t all move on so quickly. Some of them have worked with him for just a few months, leaving Jude feeling abandoned on an ever-changing conga line.

It hasn’t been easy to juggle all this additional care and pay the up-front costs for it. We started twice-a-week speech therapy for Jude in 2012 at Cal State Long Beach. But I had to take off work early and pay $500 per semester. I was staying up until midnight or 2 a.m. to catch up on work, and this took a toll on our family’s emotional health. We just couldn’t keep doing it. On top of everything else, Jude has also had to deal with the 2012 death of my mother, who had been spending time with him almost daily, and my split-up with his father.

All told, my son seems to be improving, but it’s uneven. Before, he would get frustrated simply getting ready for school in the morning. He would resist going to the bathroom, getting dressed, and walking out the door. Now, he’s at least open to the idea of going potty first thing in the morning and then getting dressed. And I know now to “prime” him for the transition from an activity he likes to one he doesn’t—for instance, telling him while he’s playing in the evening, “In 10 minutes, we’re going to have dinner. What are we going to do in 10 minutes?”

For the future, I want Jude to be able to make friends and hang out with his pals and talk about the stuff they are interested in. I’d love for him to attend college and experience living in a dorm, dating, studying, and dreaming of his future. But I try not to get ahead of myself: I know he needs to find his own way, his own tribe, and embrace the uniqueness that is his own. Do I want him to be “normal”? No, I don’t wish that upon anyone. How boring! And besides, what is normal?